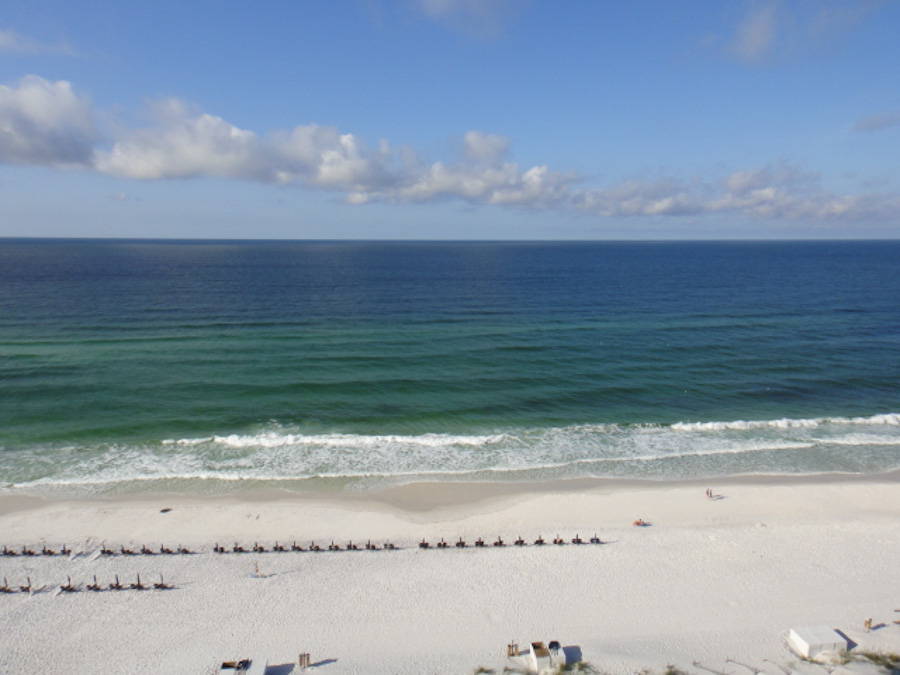 Monday, Monday, Monday. Ah Mondays… They don’t feel like them when you’re on vacation. The next morning was beautiful. Breezy, sun was out along with patches of clouds. It was still quite windy and the waves were still getting kicked up a bit. After taking what would become my requisite morning sit on the balcony with breakfast (Lucky Charms, which taste more magical on the beach), we went for a bike ride around the SanDestin resort. 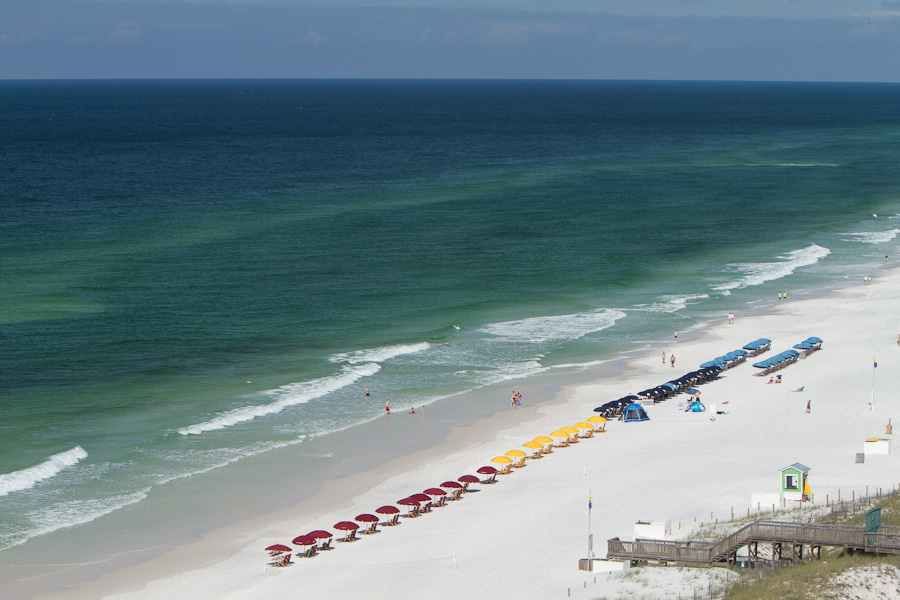 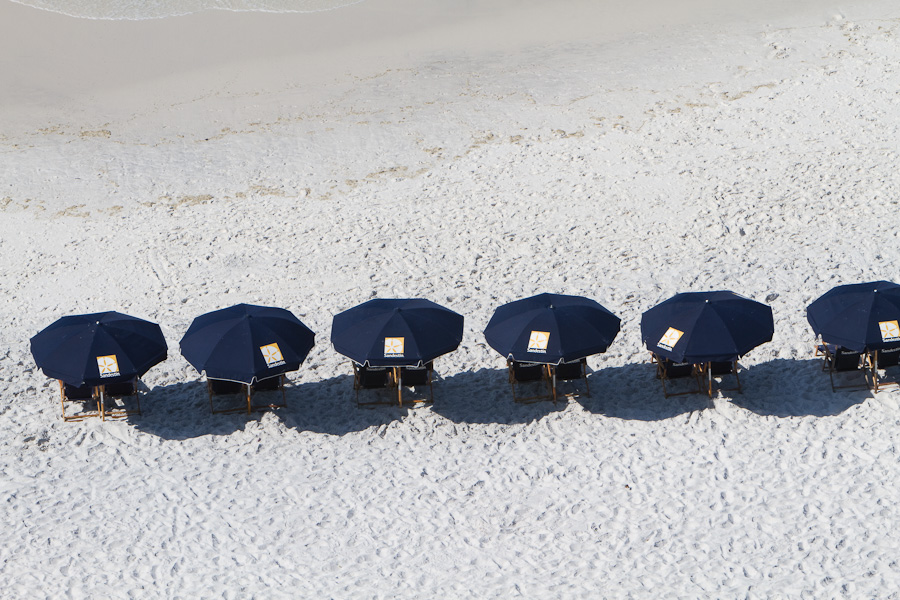 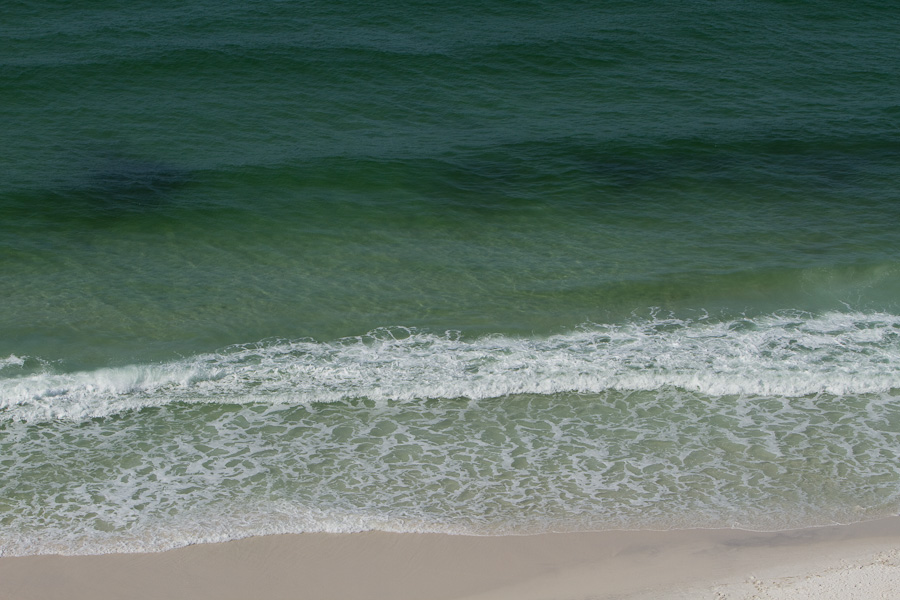 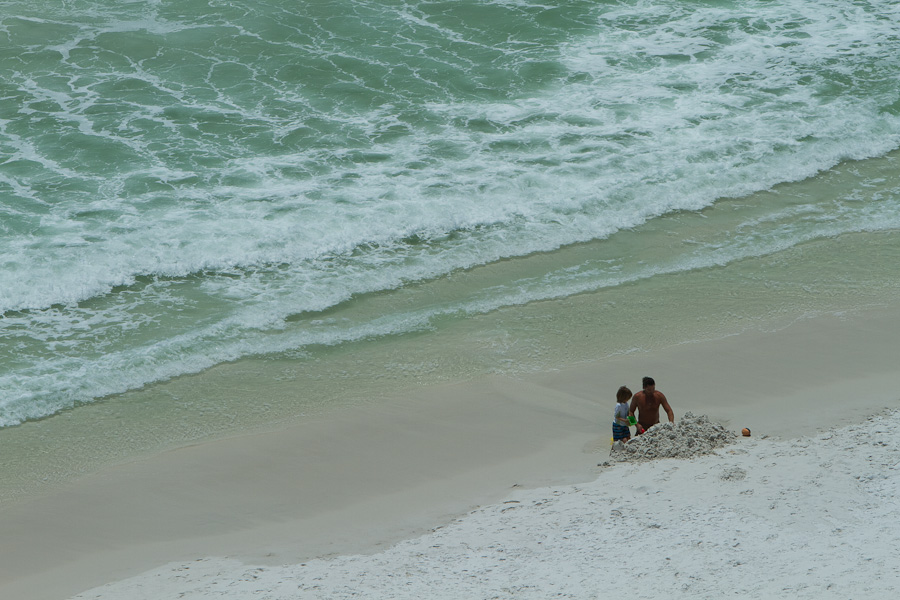 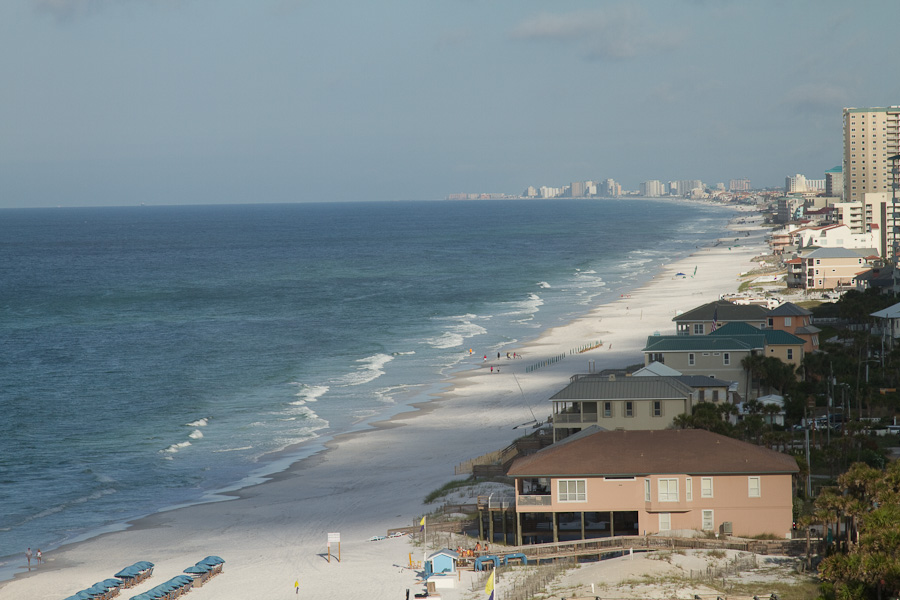 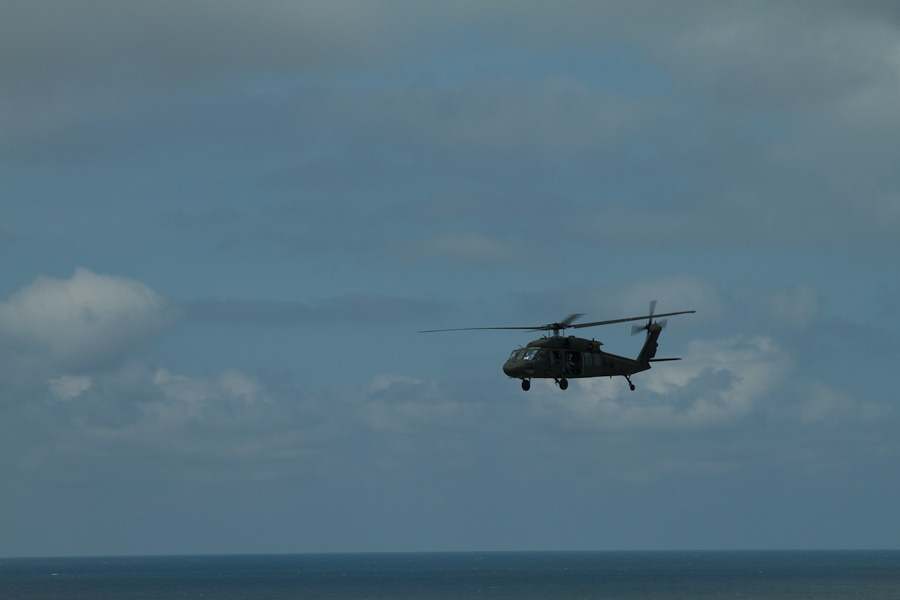 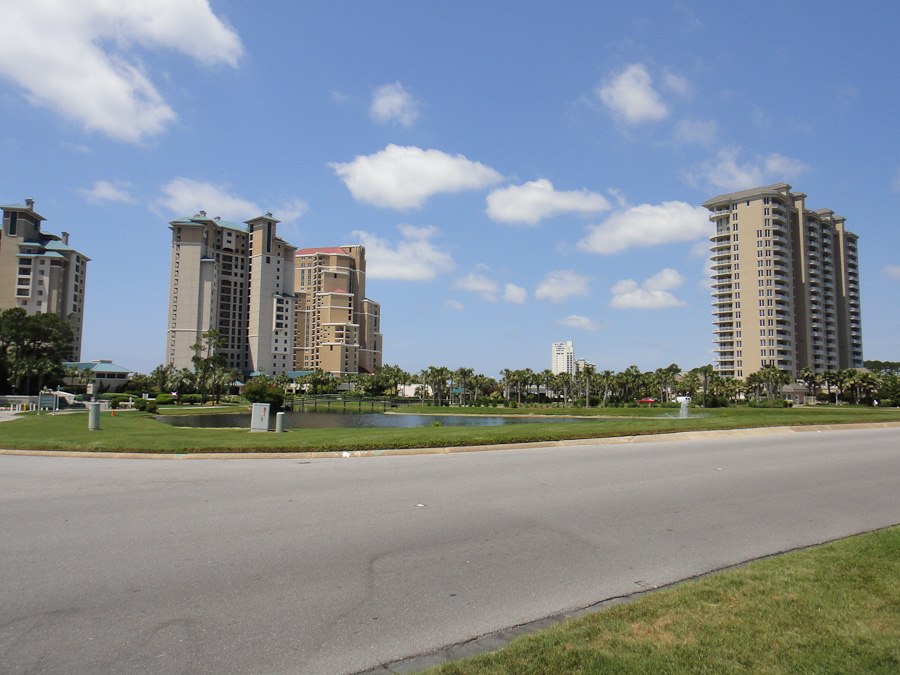 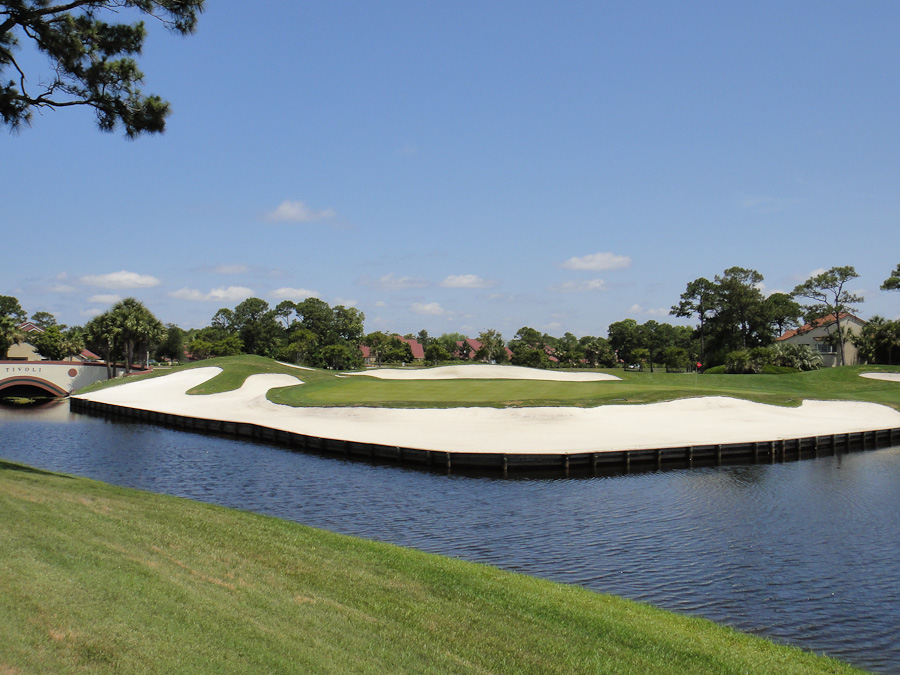 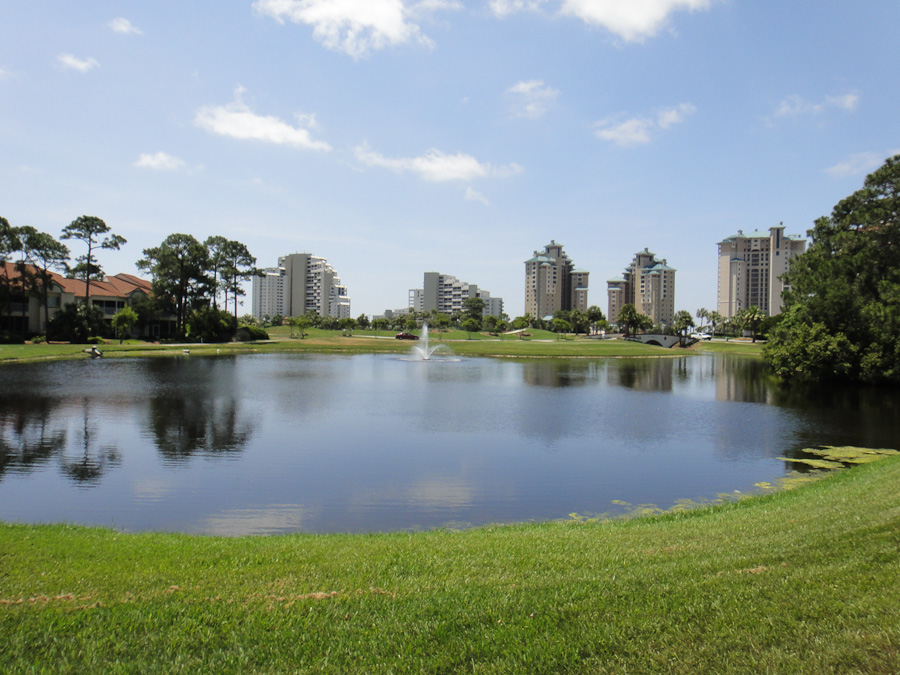 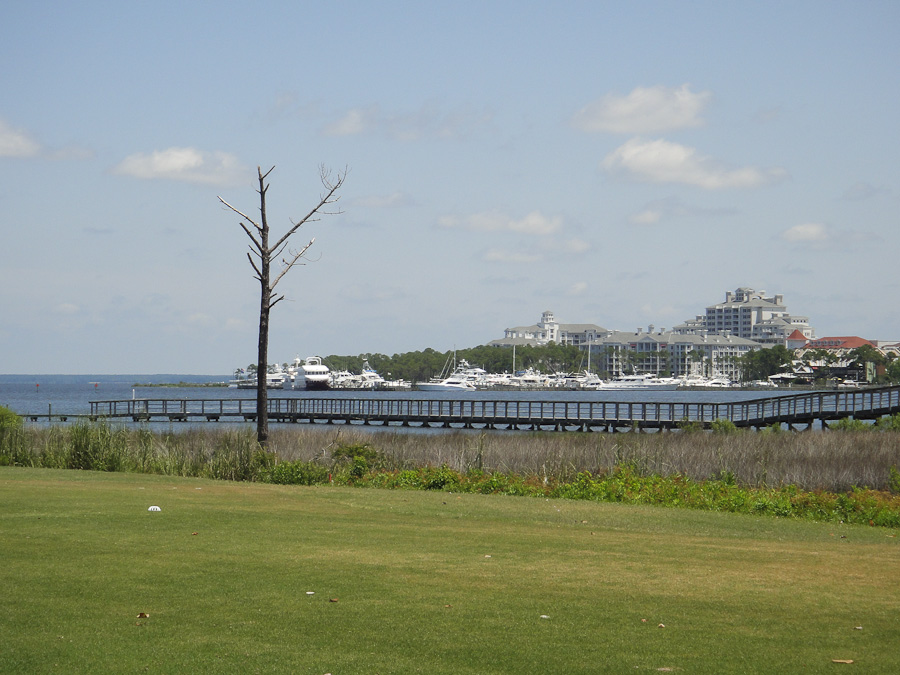 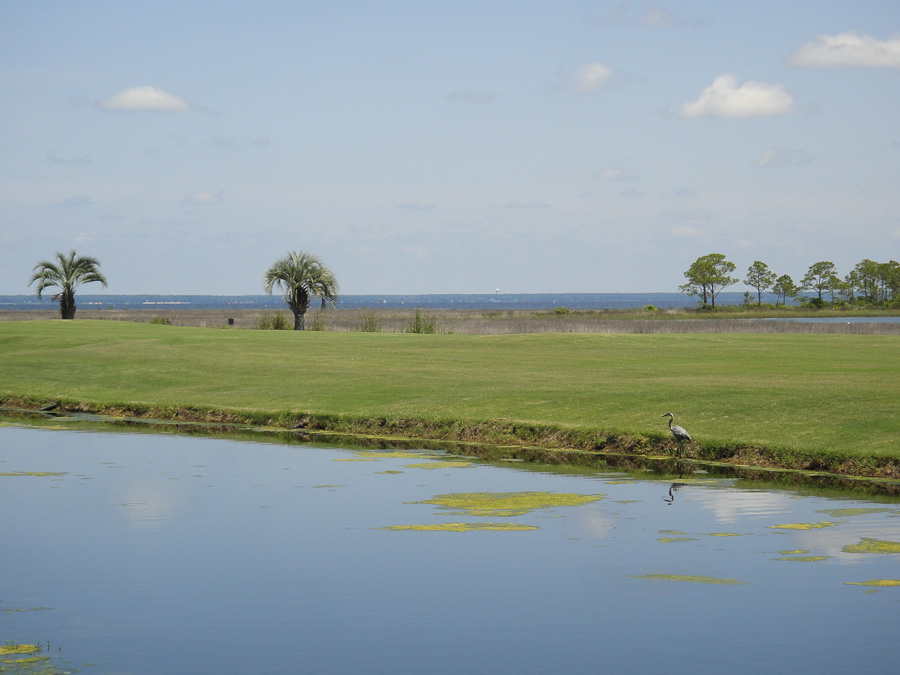 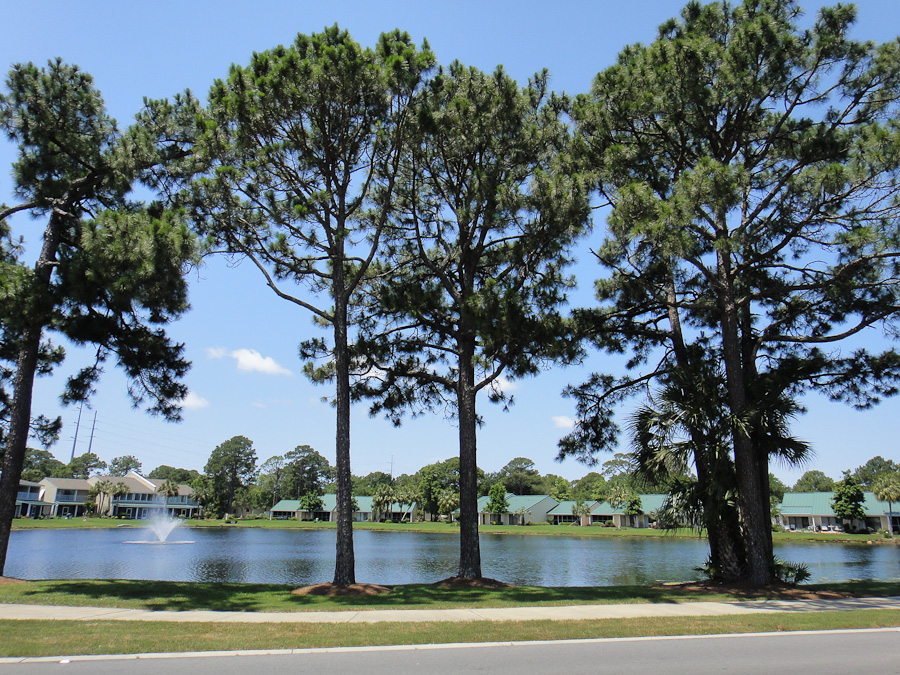 Over the last 9 years, so much has changed scenerywise at SanDestin. There’s a bunch more buildings and new developments. There’s still the same golf courses and many ponds (72 is what I heard from a guy we met who does bookings for the resort). In fact, all of the ponds are supposedly stocked with large mouth bass from Bass Pro. We crossed under the road (you know, the one and only road) to the bay side of the resort and biked around there. It was quite hot for early in the morning, but it was just so beautiful to be out biking. I will just let the pictures do all the talking… 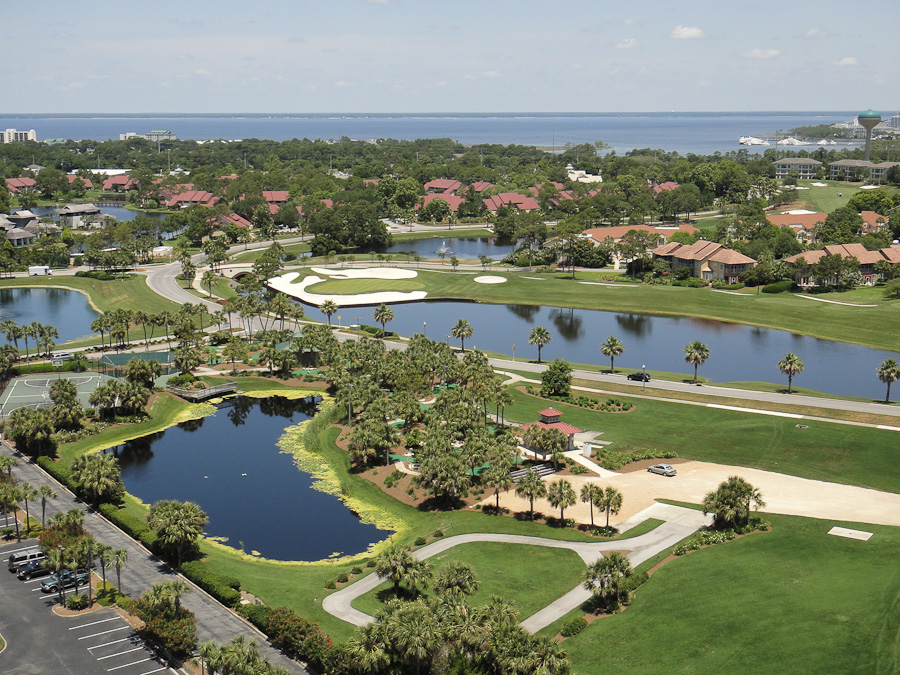 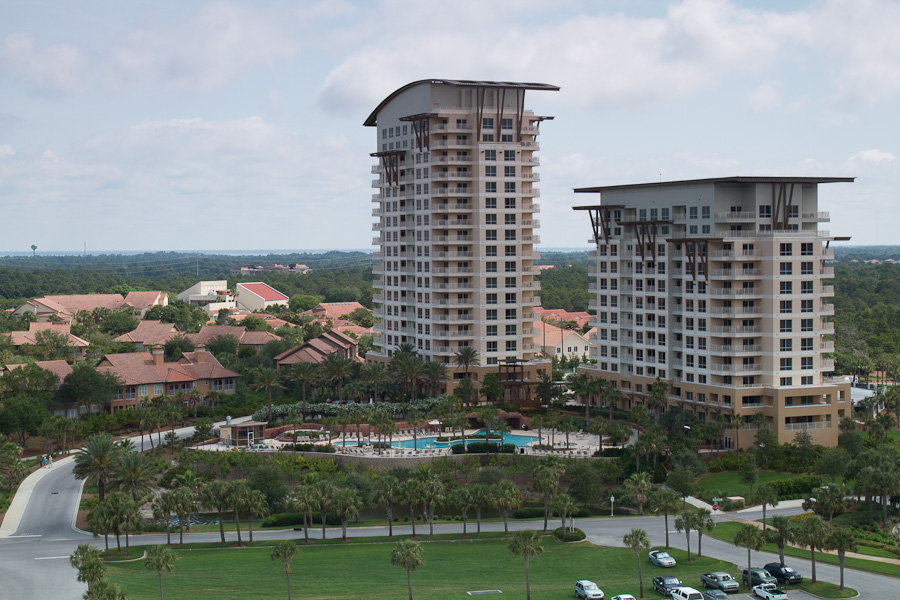 After we got back to the condo, it was a quick lunch, and then down to the beach. 🙂 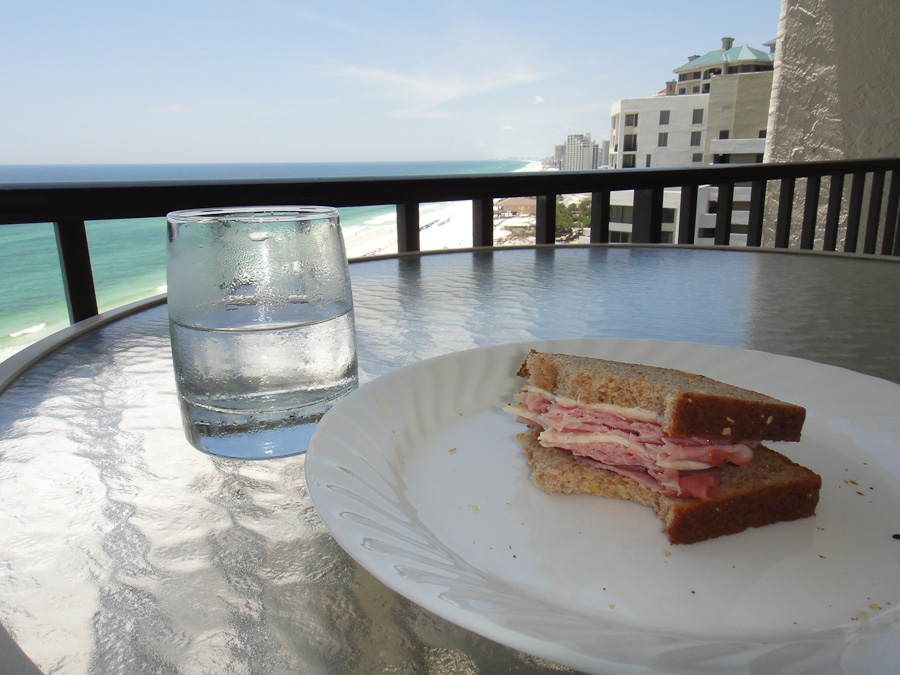 I brought my (little) camera down to the beach. I had gotten it the week before the trip. It’s a Sony DSC-TX5. It’s an awesome little camera that shoots 720P HD video and is water, shock, drop, freeze, whatever-proof! It’s my new take-everywhere camera. I was so hesitant to put it in the water that I tested it before dropping it in the ocean. As you can see, it was up to the challenge! 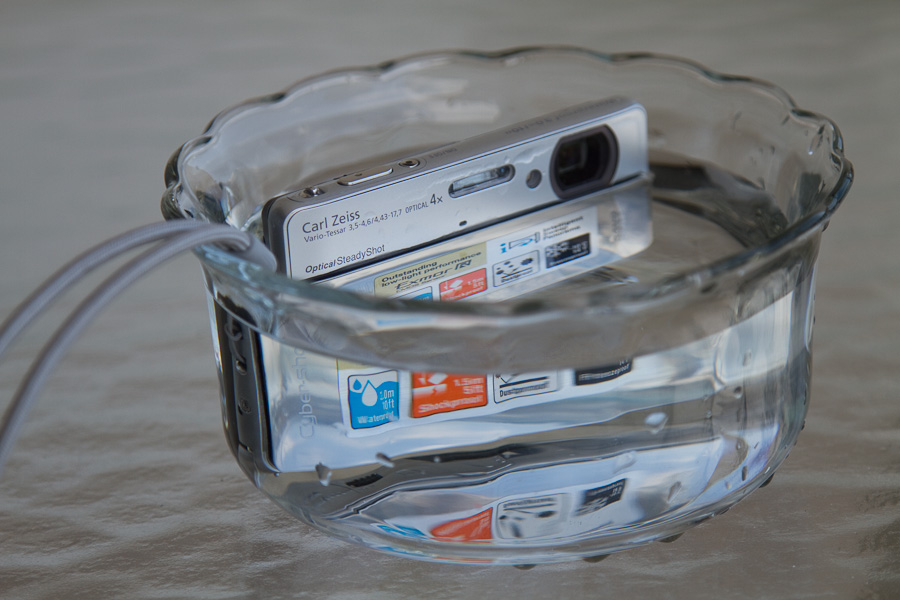 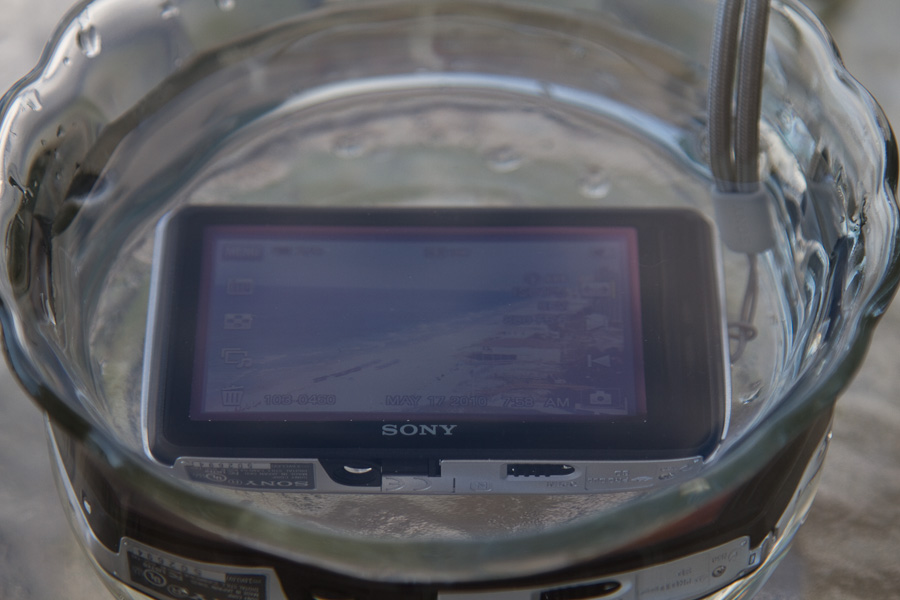 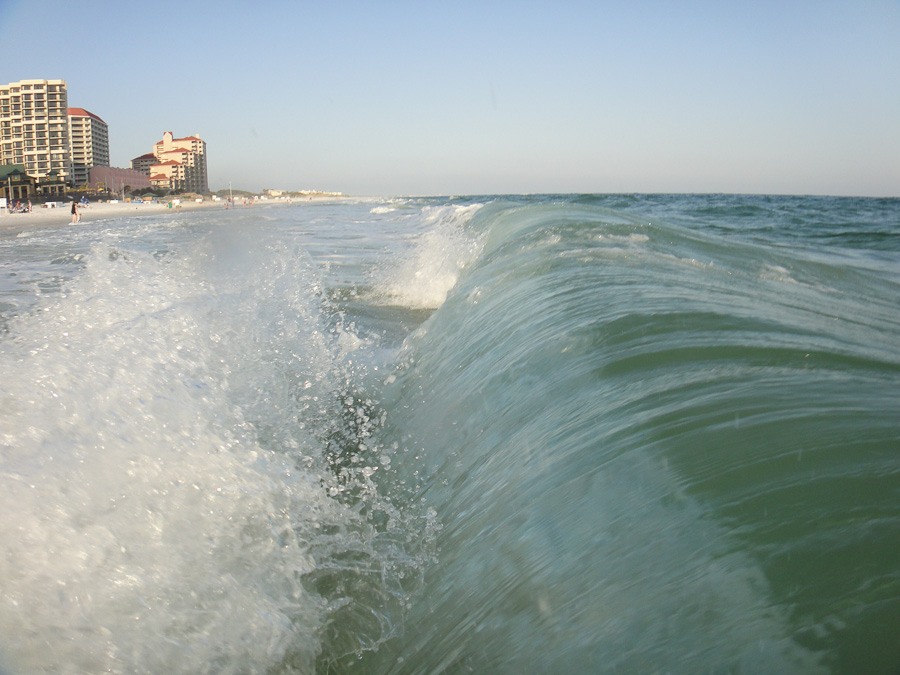 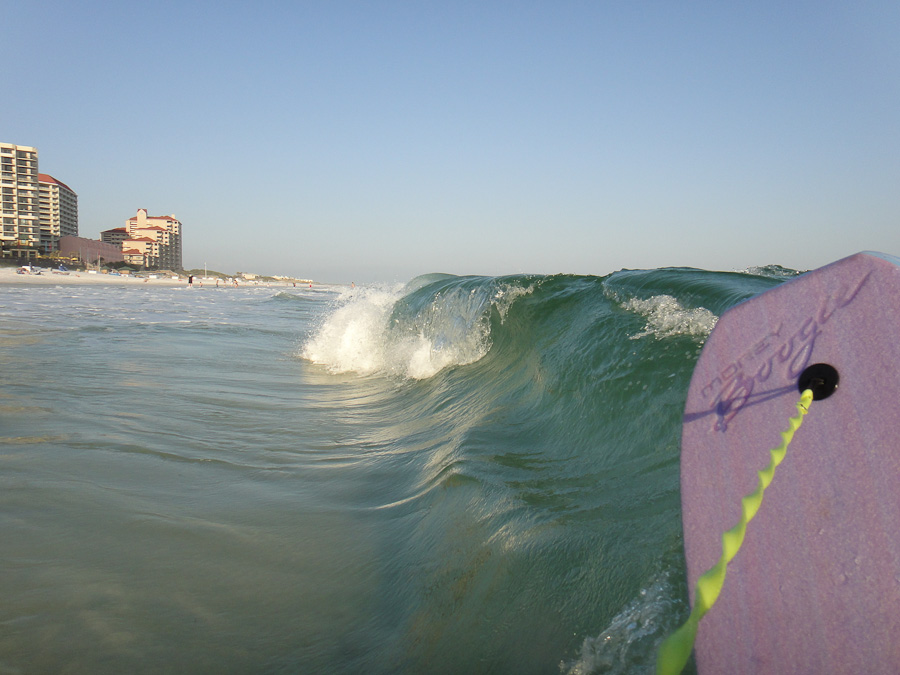 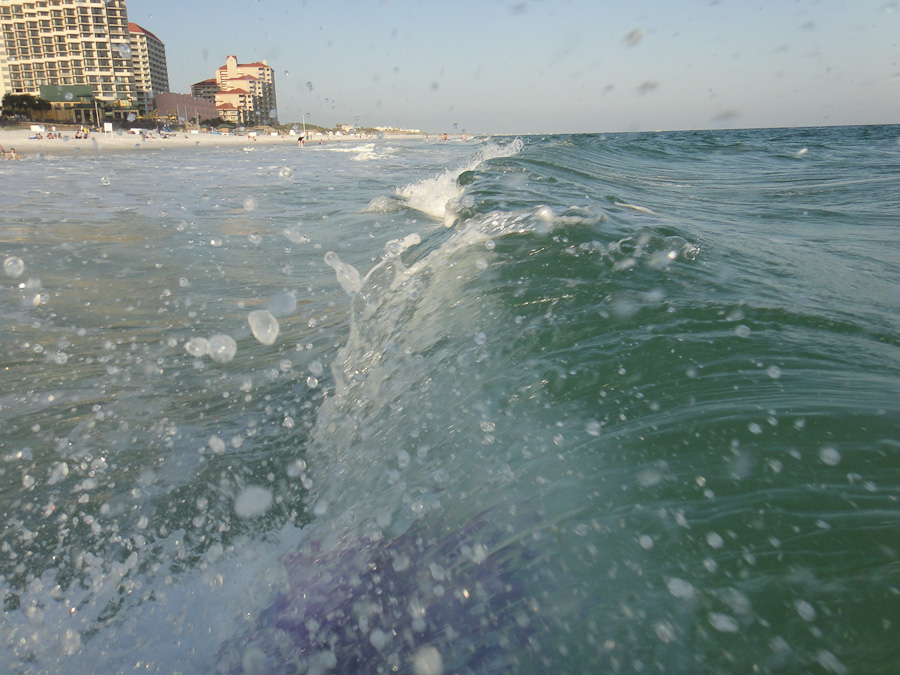 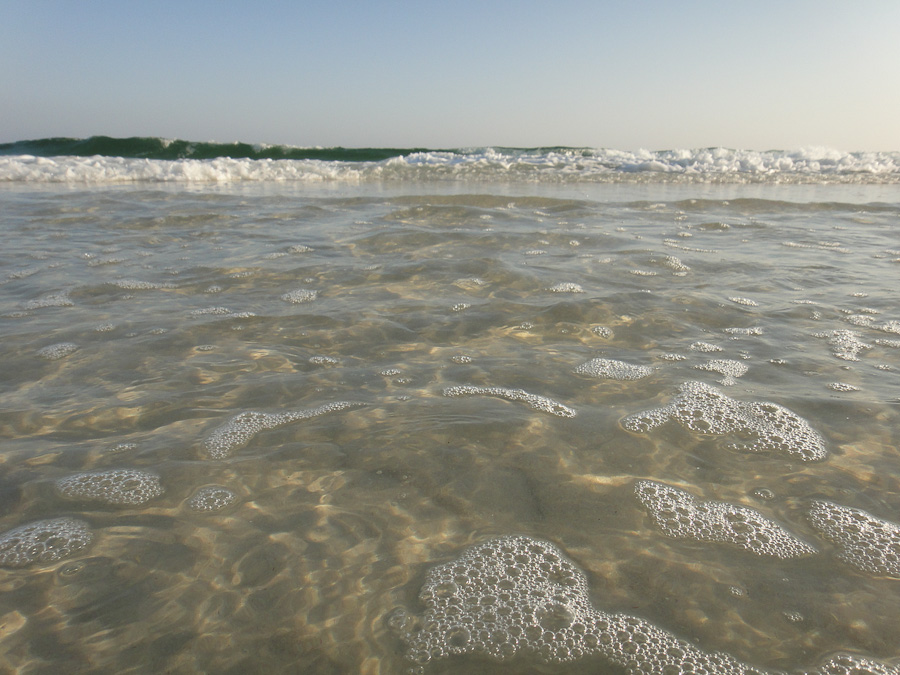 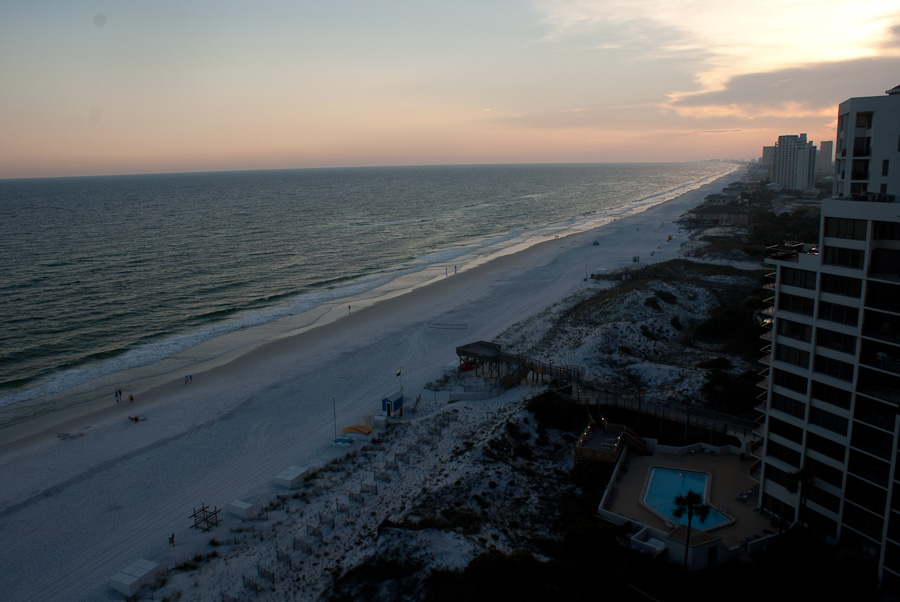 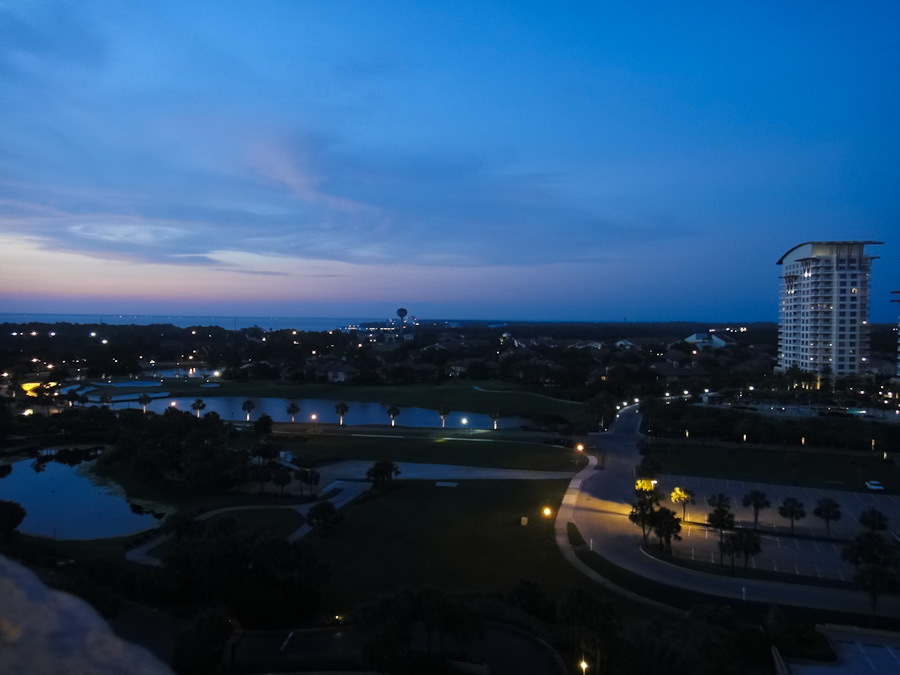 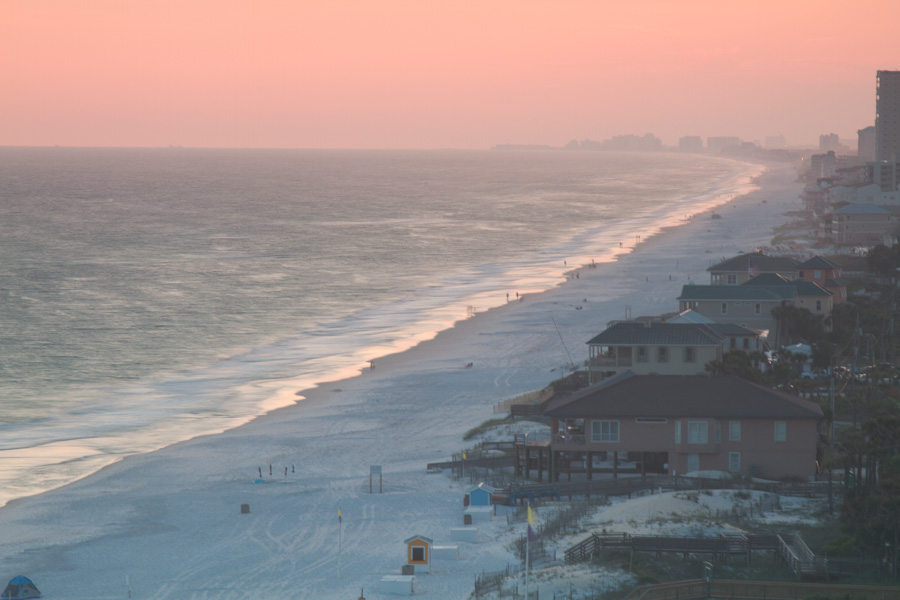 For dinner, we went to McGuire’s this Irish Pub/Steakhouse. It was pretty packed, well for a Tuesday. No waits, but definitely pretty full. It was a really neat restaurant. The staff was super friendly and the place had a nice atmosphere. I’ve never been to Ireland, but it’s probably just like it. It’s dark inside and the walls (and ceilings) are plastered with signed dollar bills left by visitors over the years. They are known for their homeade beer, root beer, and amazing smoked prime rib steak. They just give you so much to eat there. 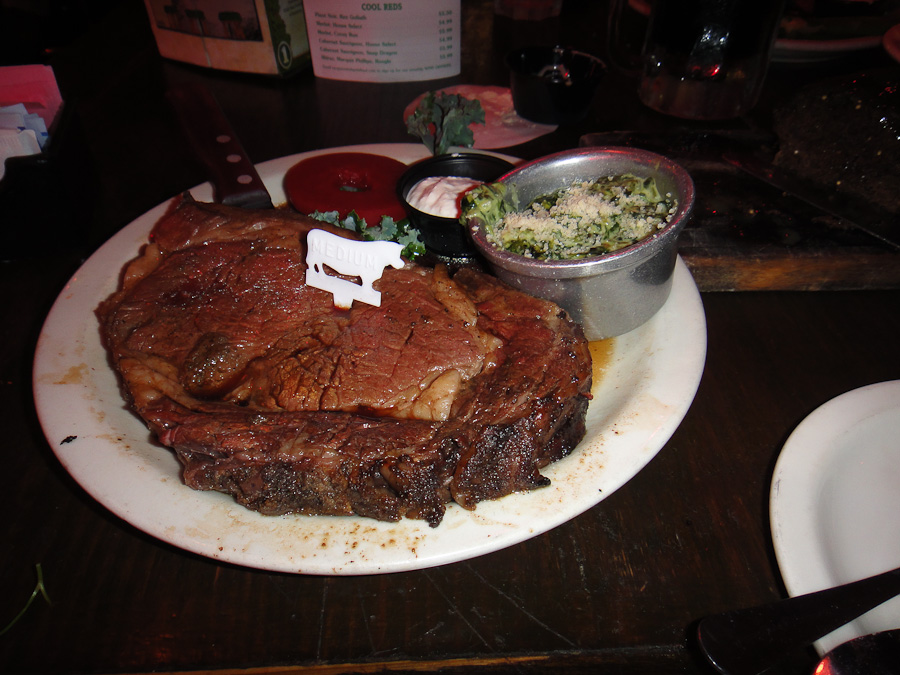 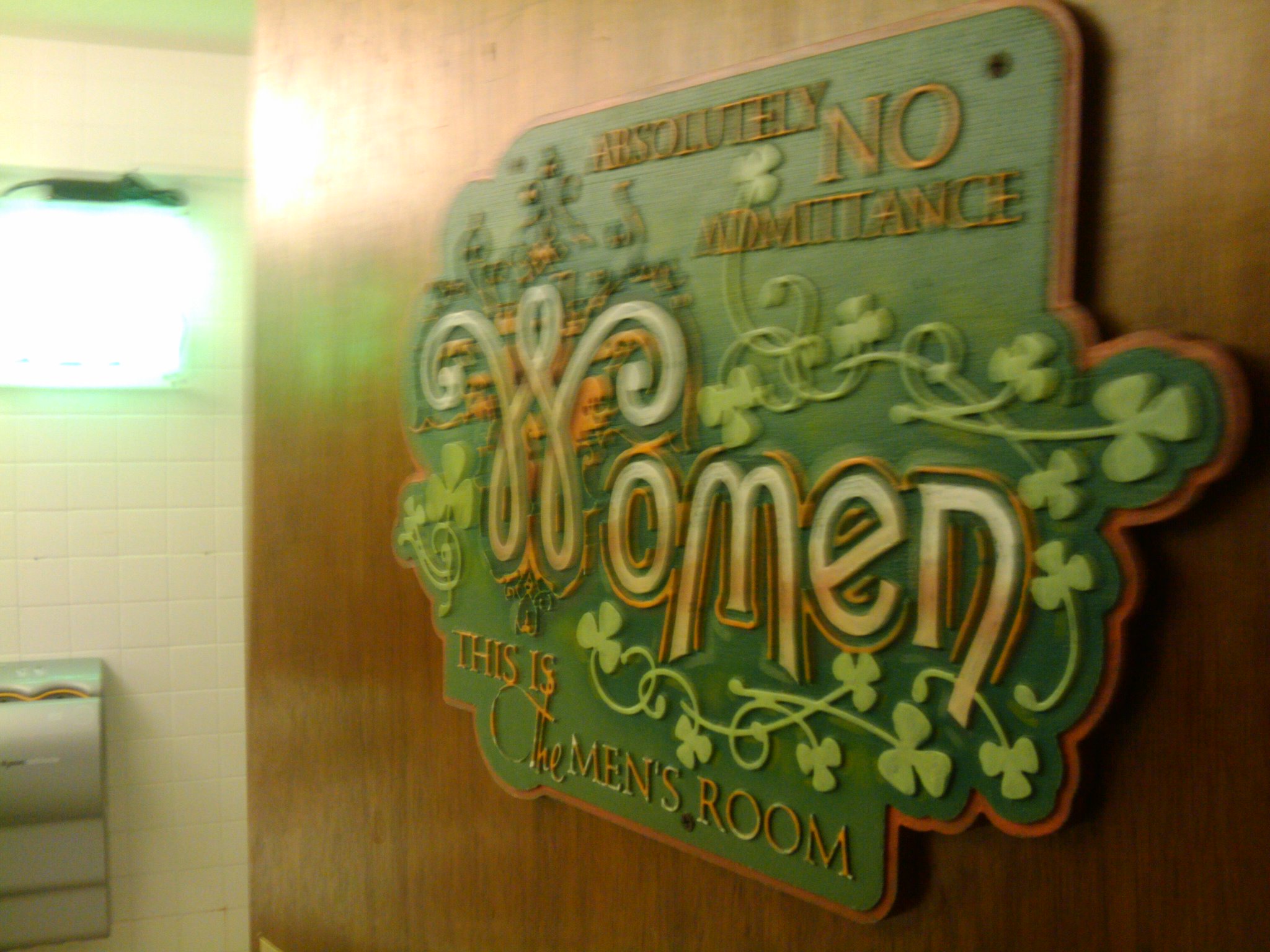 To the left is a neon sign that says Men’s room. Most people got tricked by this 😀 LOL.