It was an extremely early morning. I woke up at 4:15 and we had to leave the hotel and checkout at 4:45 in order to return the Prius back to Jackson and catch the 5:30 shuttle to the airport to make our flight. As it turns out, we probably didn’t need to get there that early, but it’s better safe than sorry.

This morning was extremely cold. It was in the upper 30°s when we dropped off the car and headed to the airport. After checking in our bags, it was a quick walk through security. It wasn’t busy at all at this time. Since we were so early, I got an opportunity to kick back and pretty much do nothing and listen to my ipod. The small terminal soon filled up with passengers and all the seats were filled.

When it was time to board, we were lucky to get upgrades to first class and get on the plane first. Walking out to the plane, I could see that the sun had already come up and it was still quite cold. 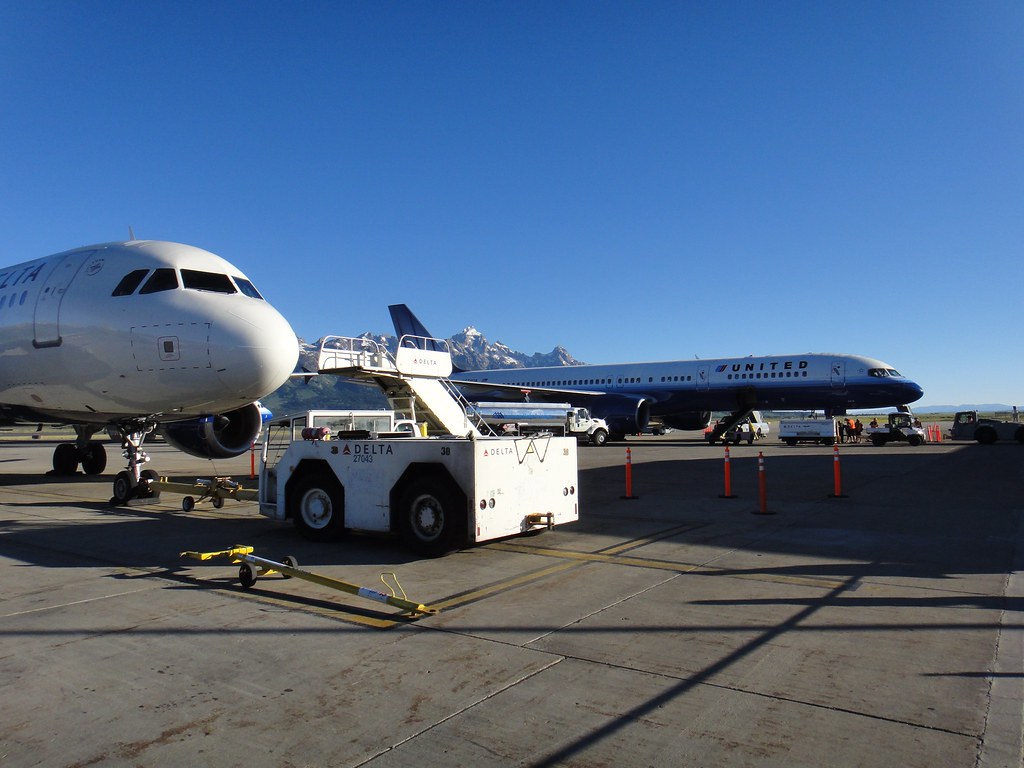 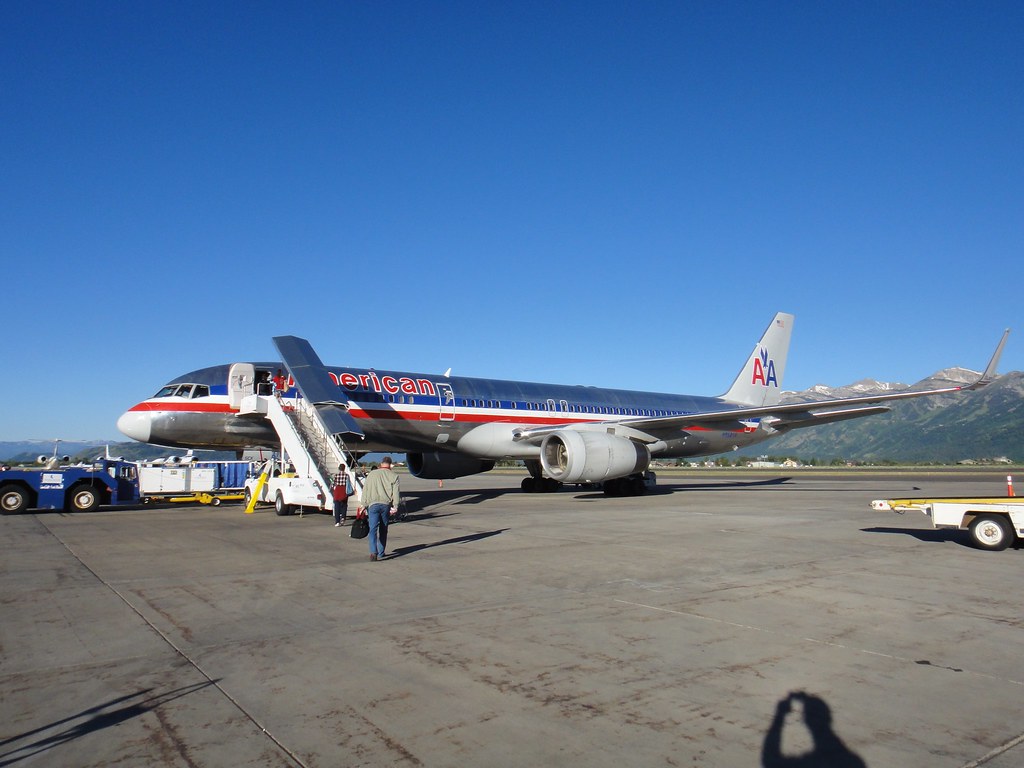 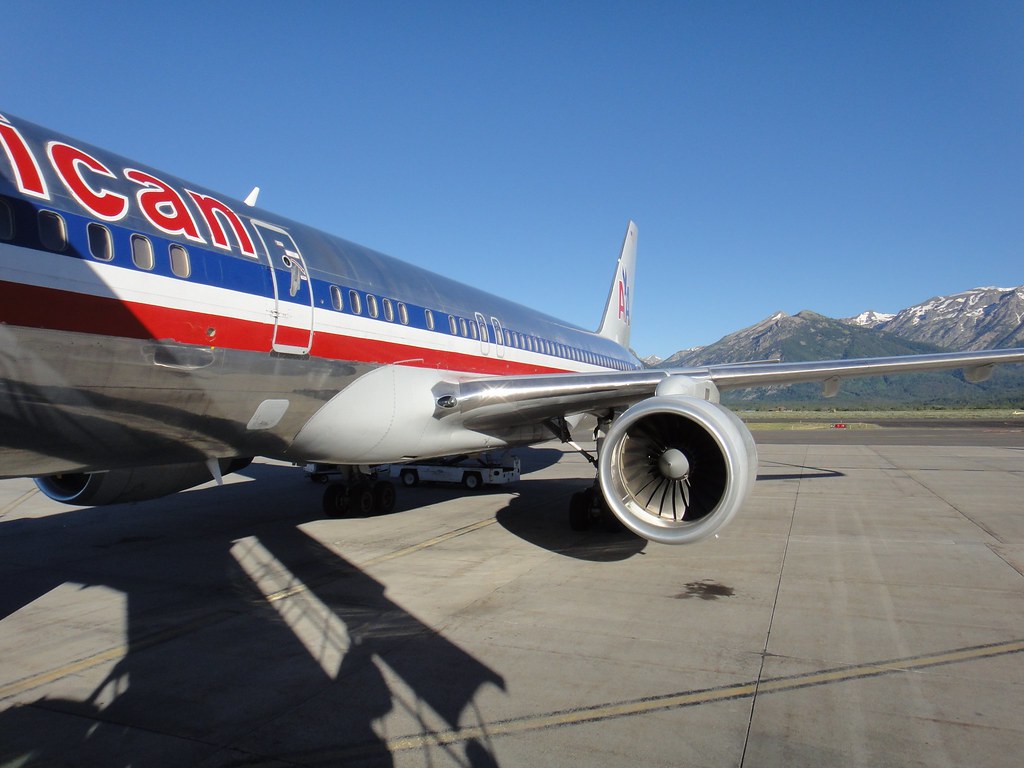 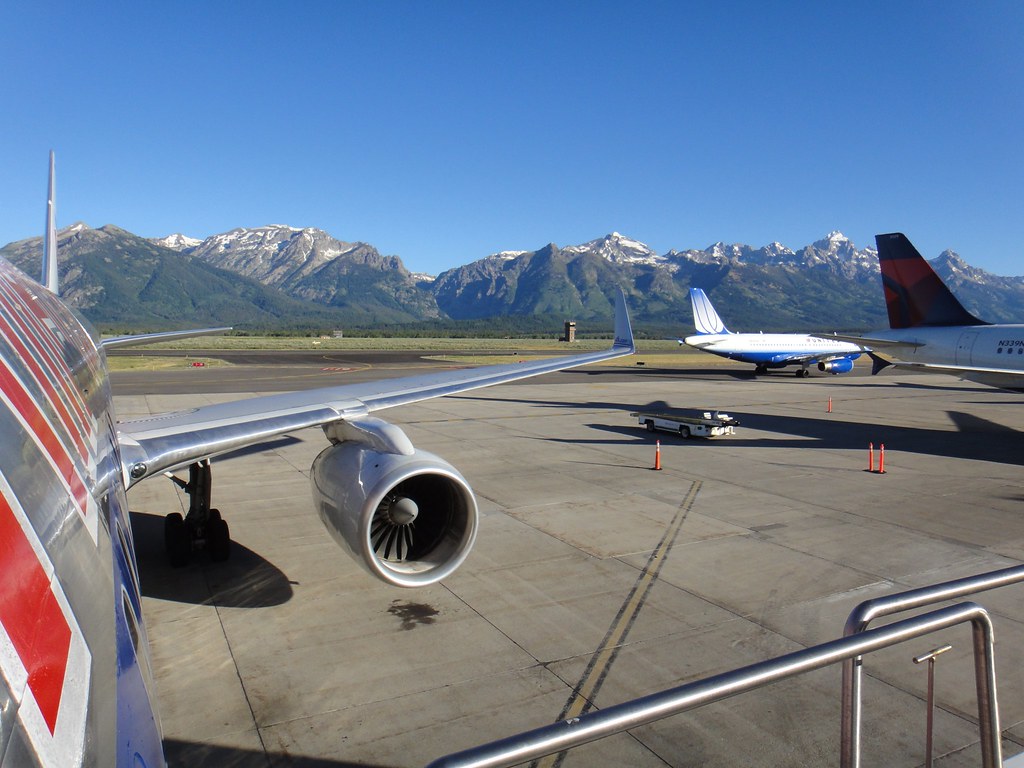 On the plane, a simple breakfast was served (corn flakes, 2% milk, strawberry/banana yogurt, raisins, cinnamon raisin bagel and cream cheese, orange juice, and black tea). During the flight the showed clips from several NBC shows including The Office, Minute to Win It, and Parks and Recreation. While on the flight, I noticed that one of the guys sitting on the aisle had an Amazon Kindle, I couldn’t figure out if it was the larger one (DX) or the smaller one until I looked next to him on the other side of the aisle where another guy had the smaller kindle.So in the span of twelve hours, I saw my first Apple iPad at the hotel the night before, and both Amazon Kindles in the wild! For companies who tout how well they sell, I haven’t seen any of them.

After breakfast, I pulled out my laptop and started watching the rest of the Castle episode I watched on the way up. I barley finished it when the captain came on and said we were landing! I’m not sure if it was because we were in first class and got food, or if it was that much shorter back that the flight seemed so short. Either way, I was glad to be back home.

Coming off the plane on the jet-bridge, I could feel the heat creeping in. Gone were the signs of winter and back was the summer heat. It was 90° when I got out of the terminal and reached 103° that afternoon! Back in Jackson, I remember them saying on the news the night before that it was going to reach the year’s high at just under 90°. Poor them! They suggested to people to open up their windows at night and trap the cold air in the houses during the day to save energy. I would totally do that here but the lowest it gets even in the early morning is 80°.

Anyways, what pretty much concludes my Wyoming trip, I have a short writeup coming about what I learned. 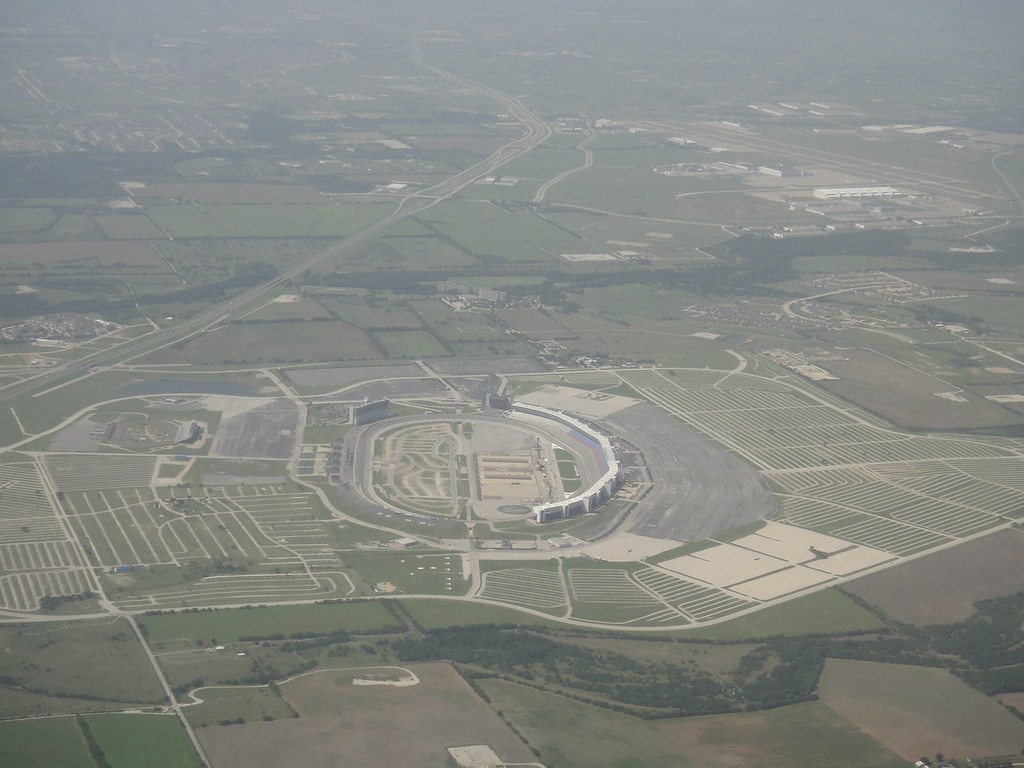 Day six is our last full day here in Wyoming. I was so tired today that I just wanted to lie down on the beach and just take a long nap. But that wouldn’t be very productive and I had to make the most of my day. At least we had visited all the “must-see” places and gone everywhere we wanted to go to. Today we decided to take it easy and just go hiking around the Tetons.

For breakfast, instead of doing the usual buffet, I ordered an omelet with all the vegetables (mushroom, peppers, onions, spinach, and jalepeños) and smoked ham. I just couldn’t take any more of the buffet as good as it tasted the first day. The omelet came with a bunch of toast and breakfast potatoes. It was very fresh and hot. It was much welcomed to the morning breakfast routine. 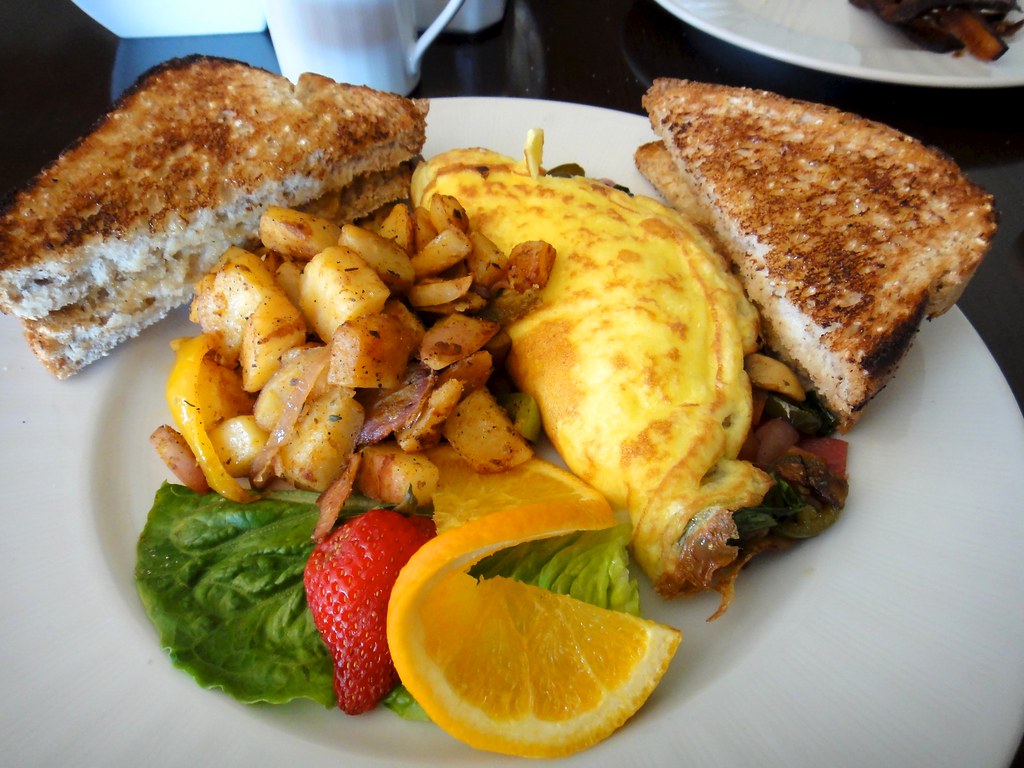 Now we’re talking. Does that look great or what?!? 🙂

END_OF_DOCUMENT_TOKEN_TO_BE_REPLACED

I woke up really early this morning. I didn’t wake up at 4:45 because I couldn’t sleep (far from it). I got up because this would be the one and only day I would drag myself out of bed to catch the sunrise. Up here in the north, the sun rises and so early and goes down so dang late. There’s just no time to sleep and so much to do. Let me tell you though, it was worth it!

This morning was very cold. Near freezing in fact. The car said 36° at the coldest of the morning. Fortunately, I had on my winter coat and gloves and was all set. We left the hotel just after 5 AM and made our way north on Moose-Wilson Road. We saw many elk on the side of the road. I think we snuck up on many of them since the Prius is so quiet. You could see their golden glowing eyes before actually seeing them. After getting back out to Highway 89, we drove a couple miles and turned off the road to Schwabacher’s Landing, a famous spot down on the Snake River known for it’s beaver ponds and excellent sunrise photos. The Grand Tetons are built for sunrise photos. They are in the west and so when the sun comes up over the horizon on the east it paints the tops of the mountain range with this pink light that just looks incredible. They don’t call sunrise light the golden hour for nothing. This beautiful light though only lasts 5 minutes or less, so you better be ready when it comes up and quick before it disappears as quickly as it came. 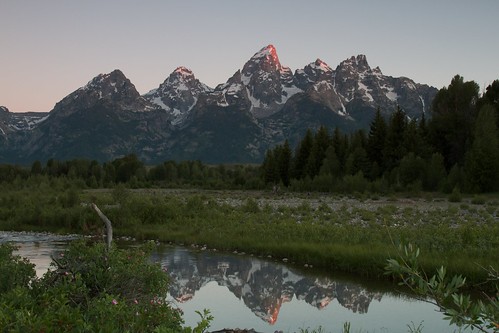 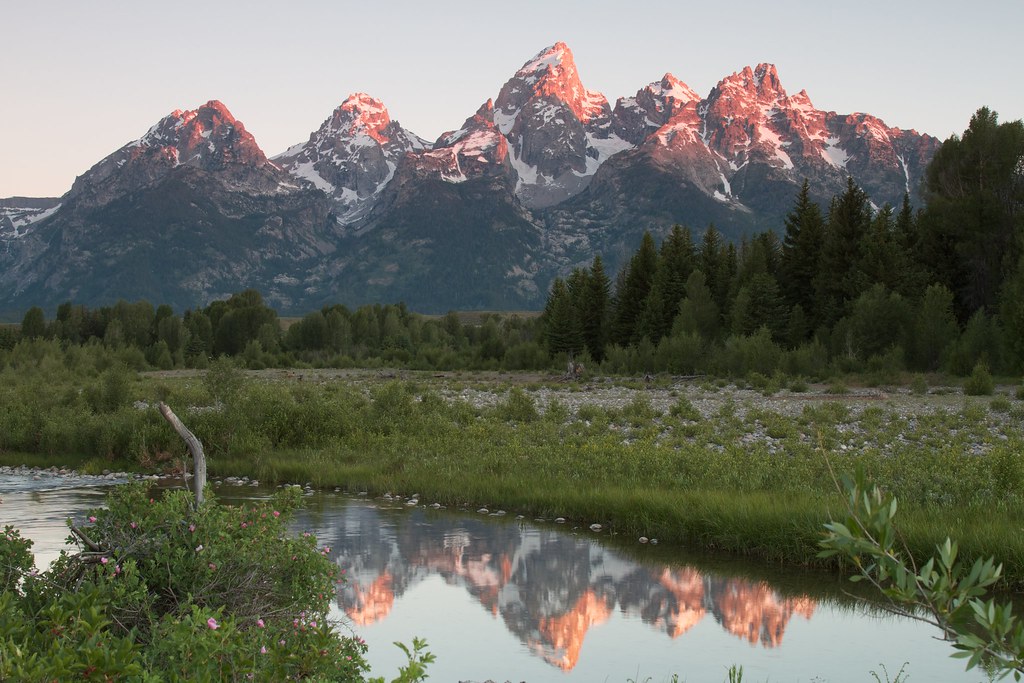 Then slowly, a bit more… 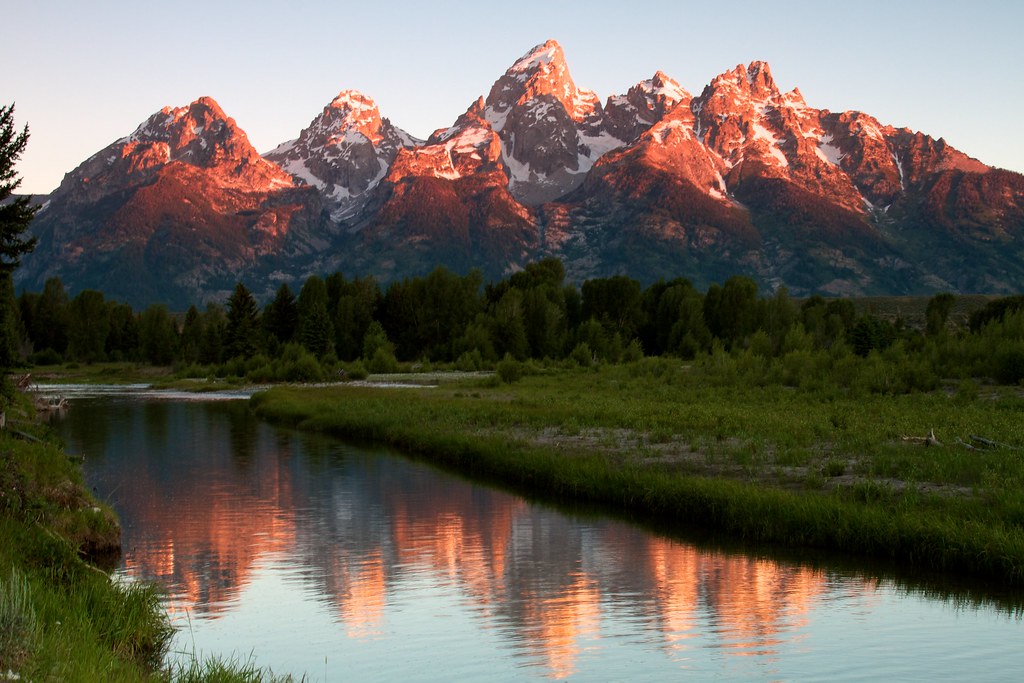 Until, BAM! It hits. Beautiful orange light on the Tetons!

END_OF_DOCUMENT_TOKEN_TO_BE_REPLACED

After another late night the previous day, it meant another late morning. It was ok since, we had concluded the Yellowstone portion of our trip and could dedicate the remainder of our time to the Grand Teton National Park, where we were staying. Driving out of Moose-Wilson Rd., we stopped at a small waterfall. When we got there, no one was there, but of course people instantly started to stop and take pictures. One guy even had the nerve to stop his car on the “narrow one lane bridge.” 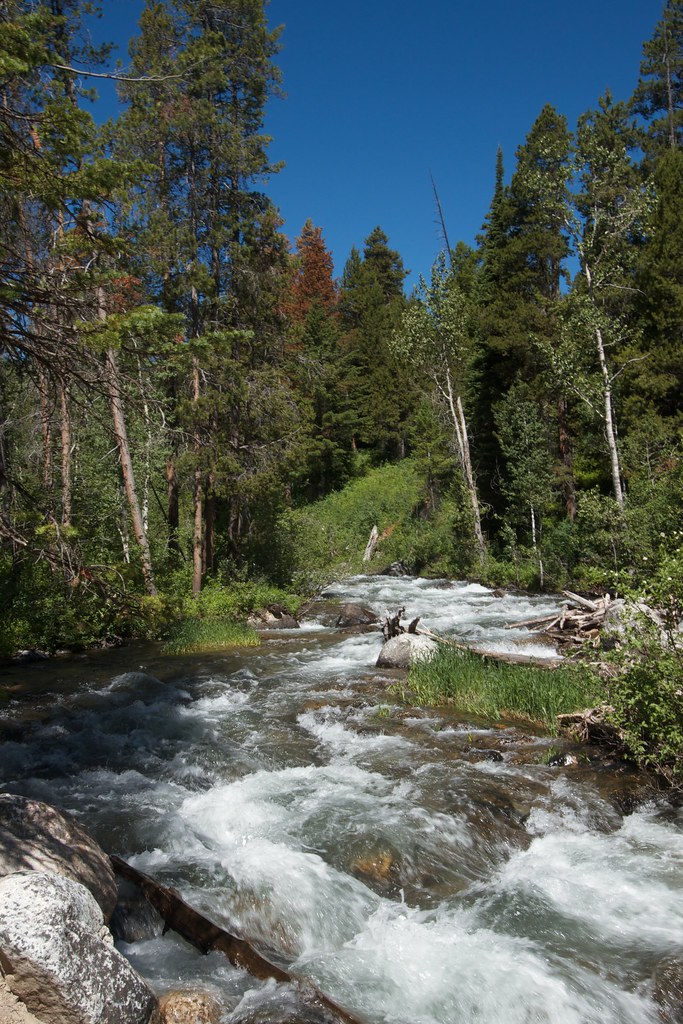 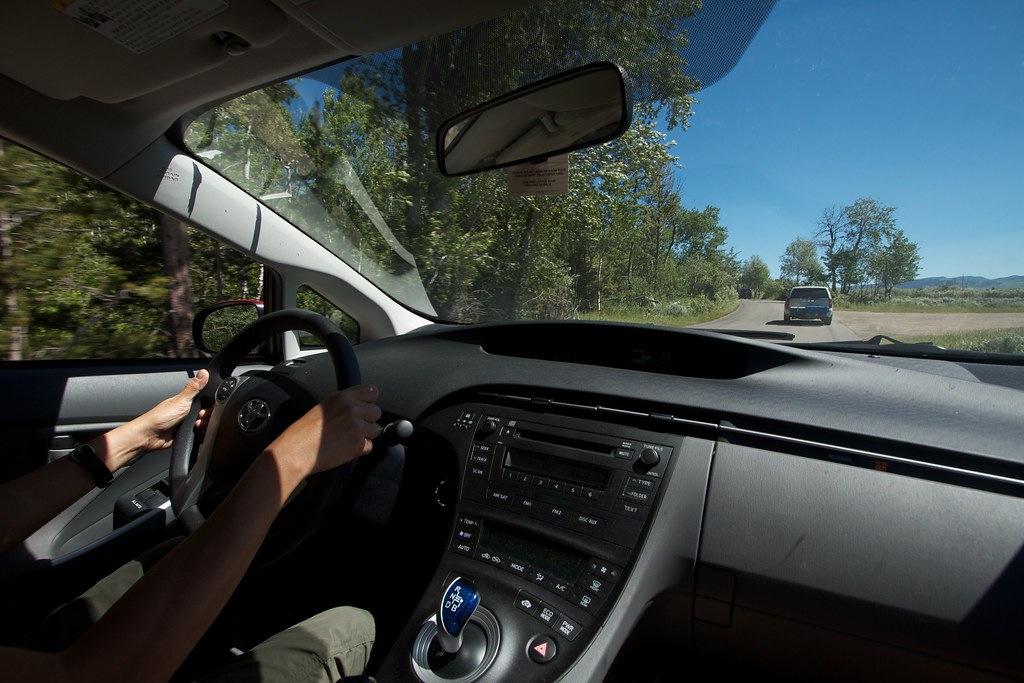 Further down the road, we saw a bunch of cars, so we had to stop and get out and see what it was. It was a female moose. The lighting was pretty bad and I intentionally left my long lens at the hotel because I knew we were going camping. I was really kicking myself for it. Oh well, a good photographer makes do with what he has right? 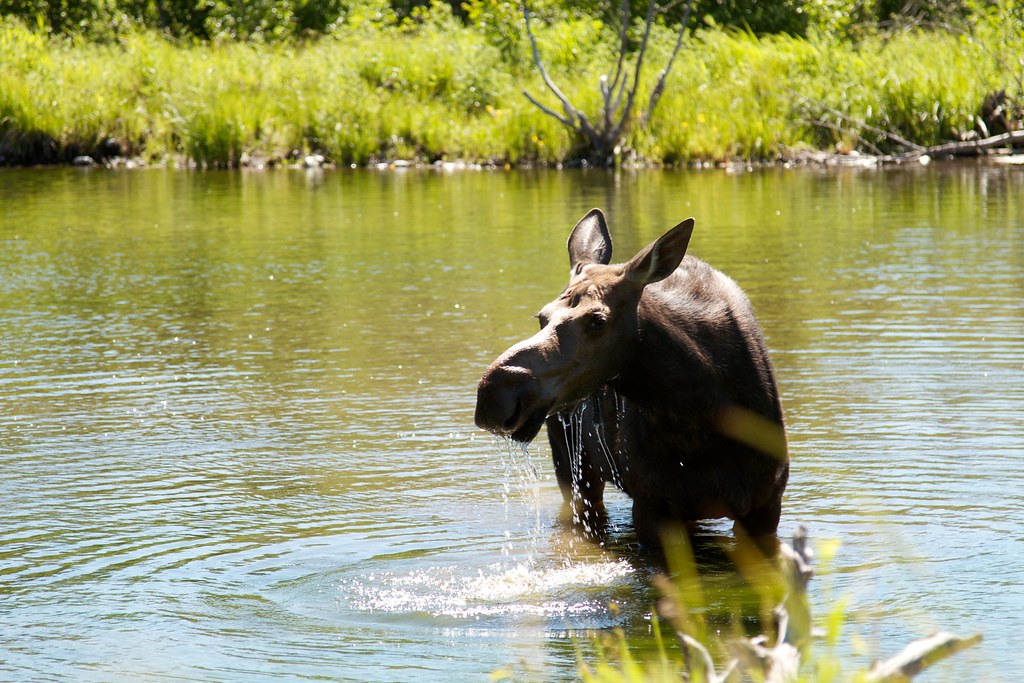 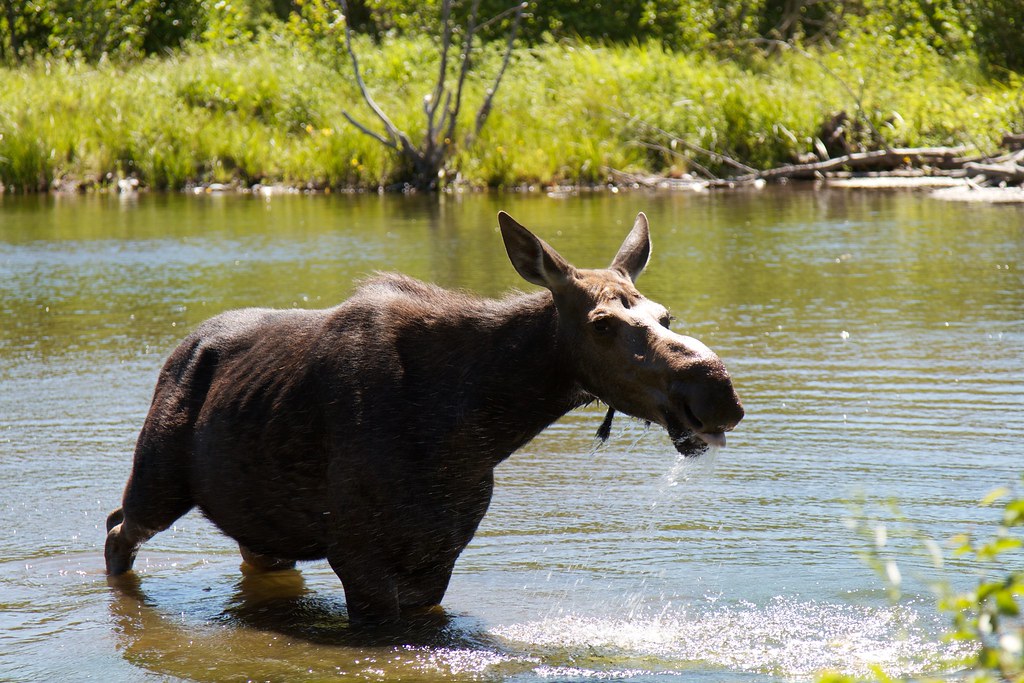 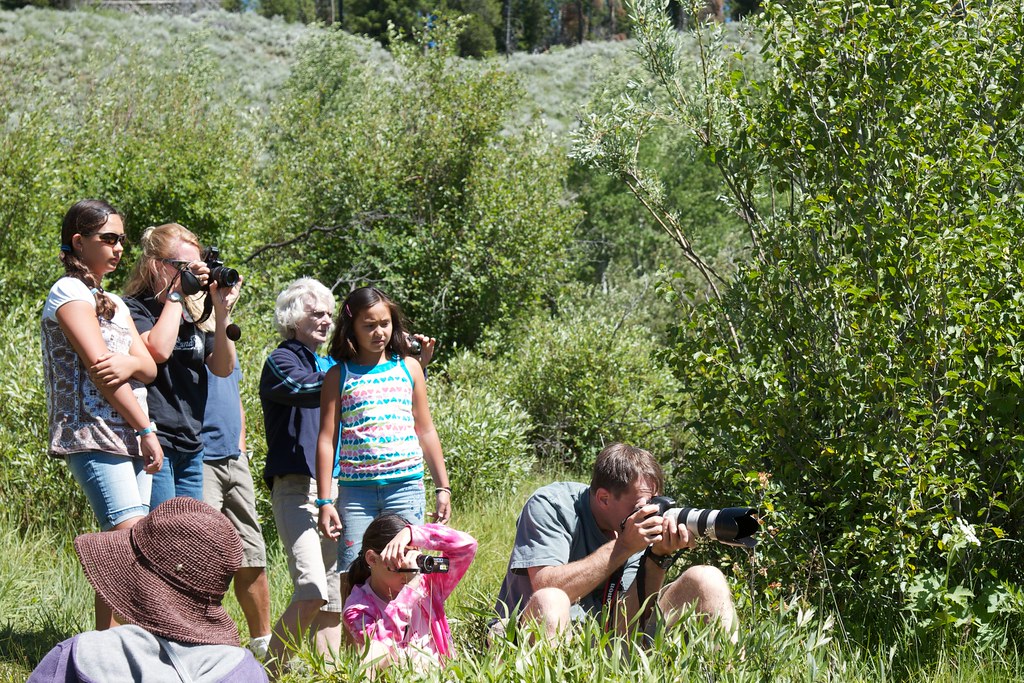