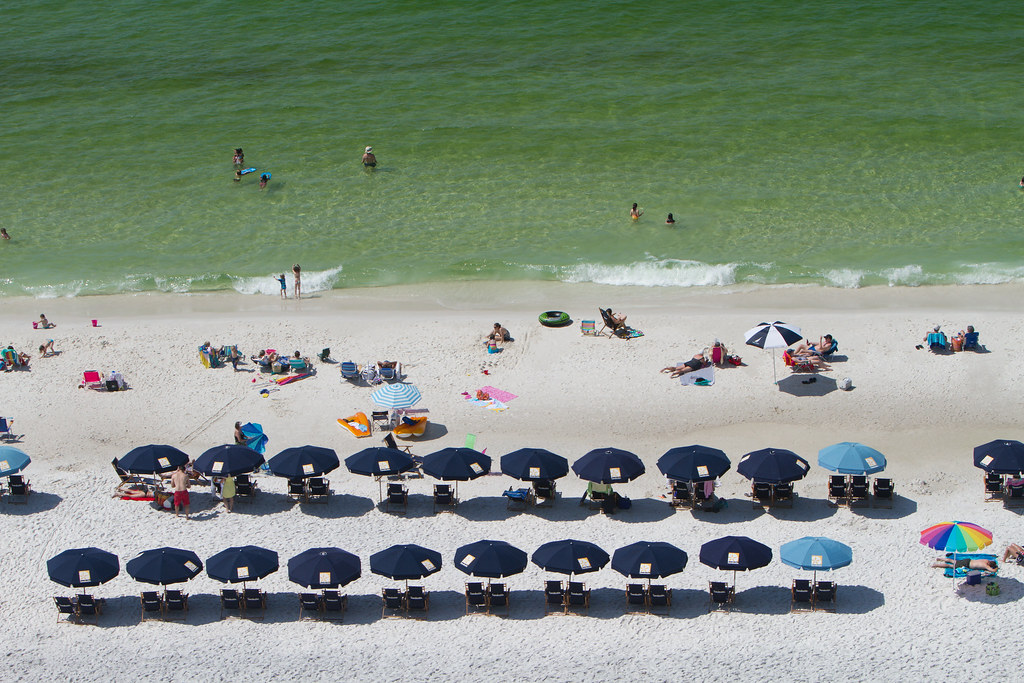 Today was the last day of the trip. It really saddened me knowing the next morning we would be departing Florida and have to drive another 12 hours back home. It certainly was fun while it lasted and I enjoyed every minute of it! 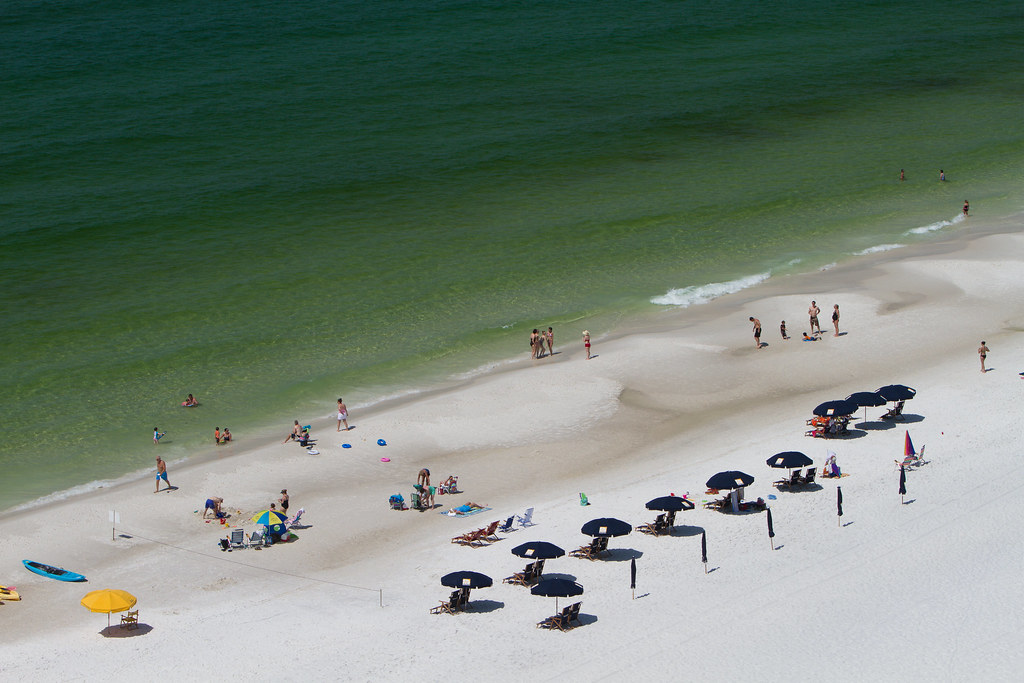 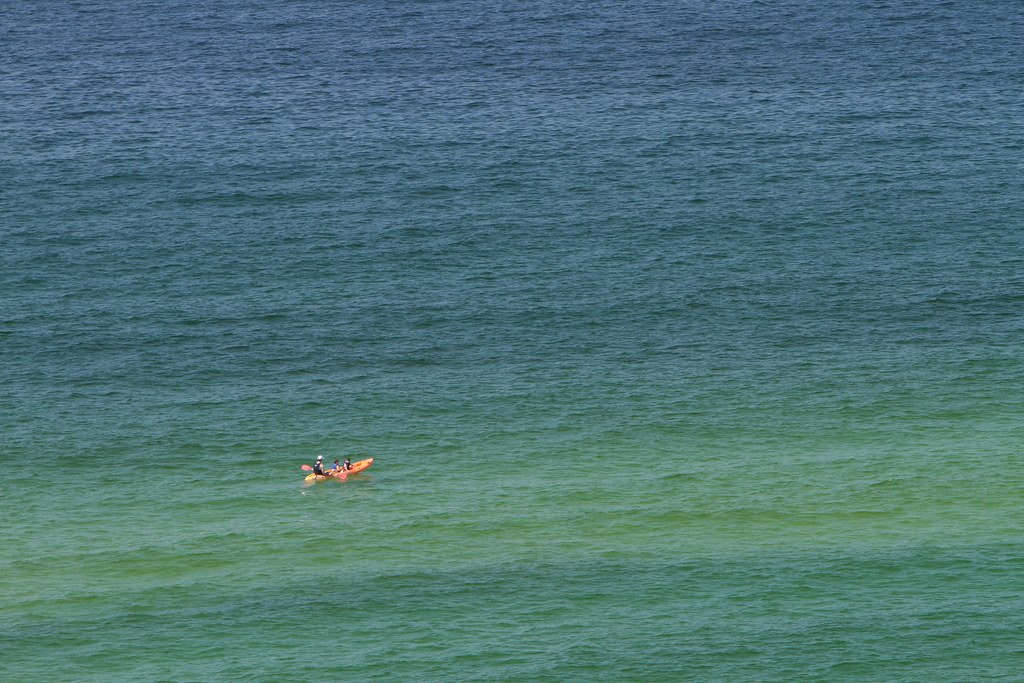 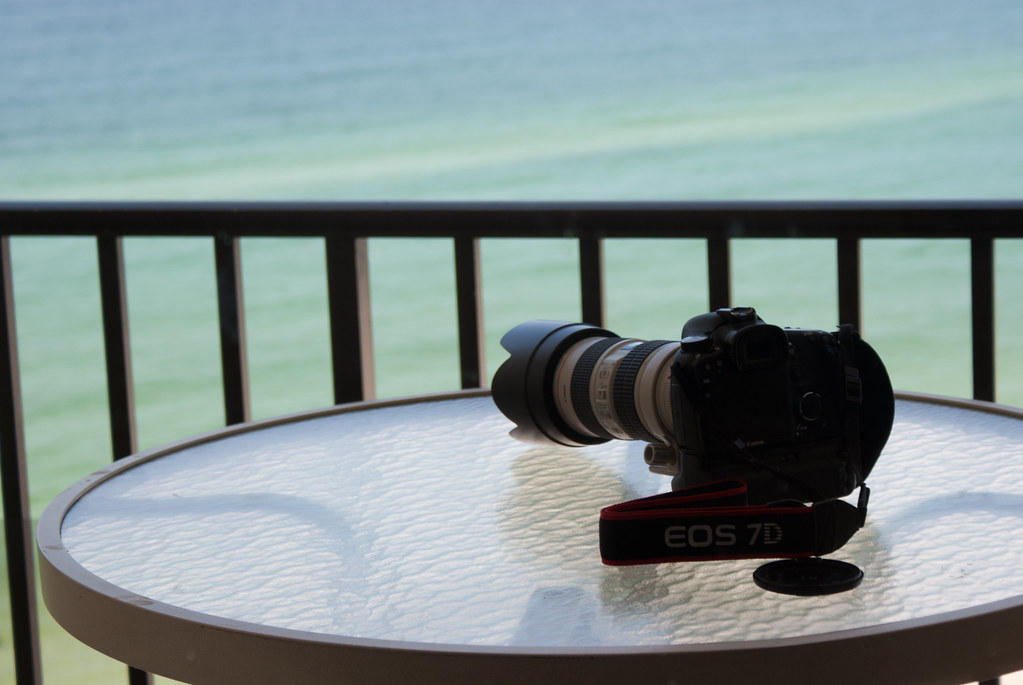 Yeah, they were quite far… lol. 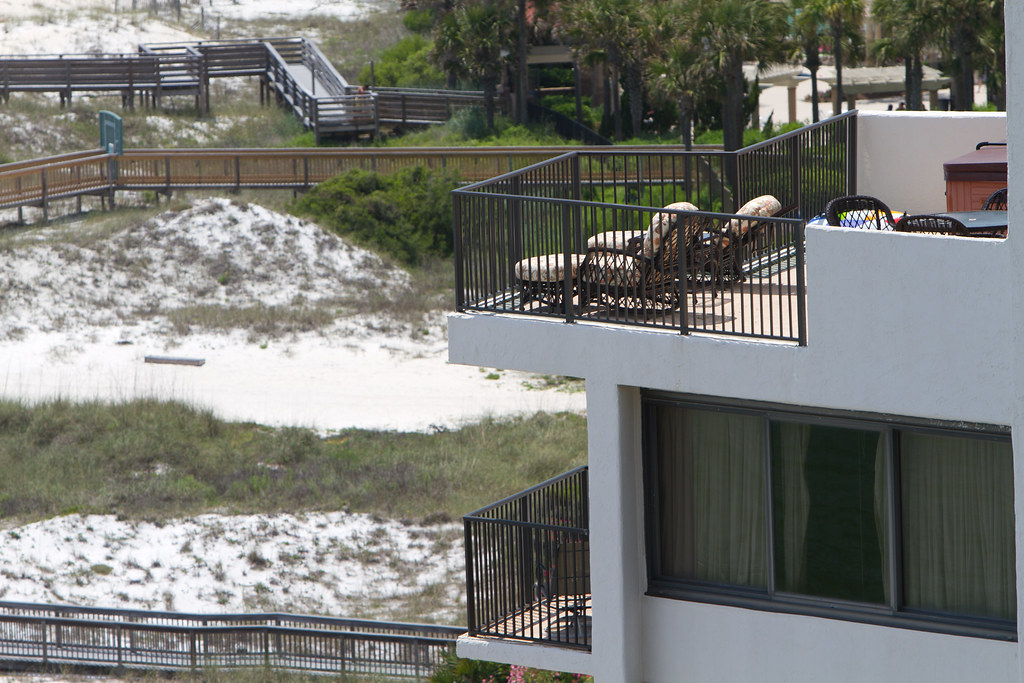 This would be a cool condo to stay in!

Breakfast was so awesome the previous day we just had to go back to Another Broken Egg for more homemade goodness. For breakfast, we got French Toast with strawberries and it was excellent as the day before. Today we got there a little bit late and had to sit in the bar area because the restaurant was packed. All the places in Destin tend to get really croweded come the weekend. By early week/midweek, they’re practically begging people to show up, but come the weekend, they’re jam packed. Anyhow, we were still lucky to get one of the last remaining seats before a large line started forming outside the restaurant. 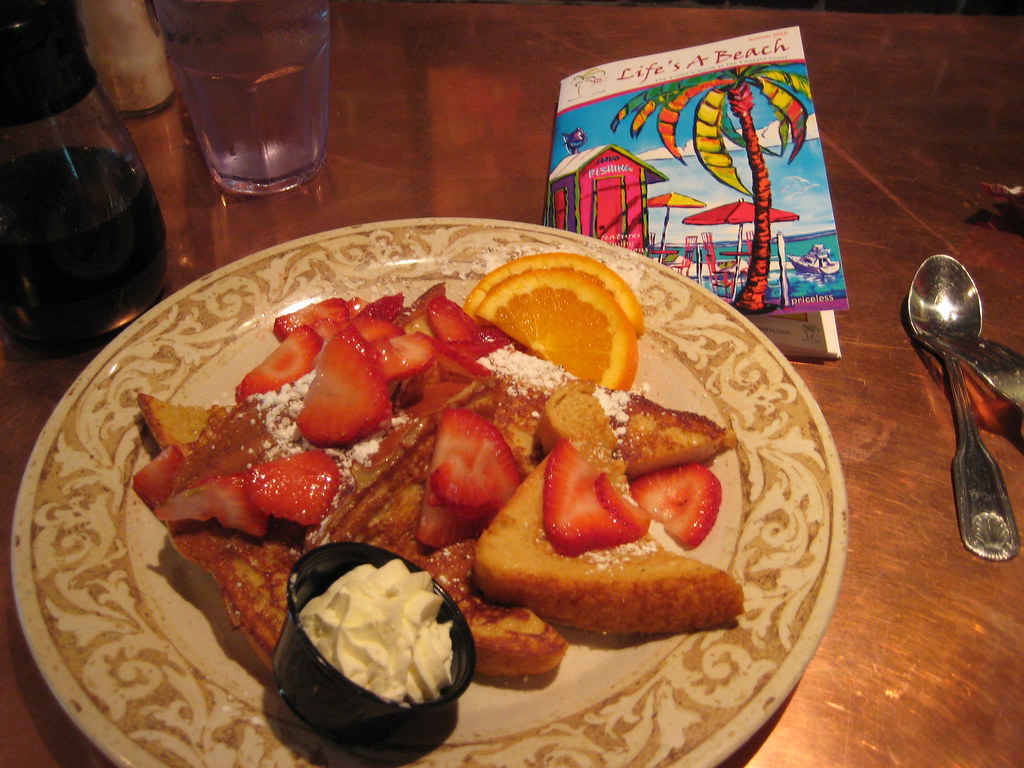 After breafast, we decided to make the most of our day and hit the beach for a nearly full day of fun in the sun. It was a very clear, crisp sharp day. The water was a bit greener than usual from the algae/seaweed stuff. 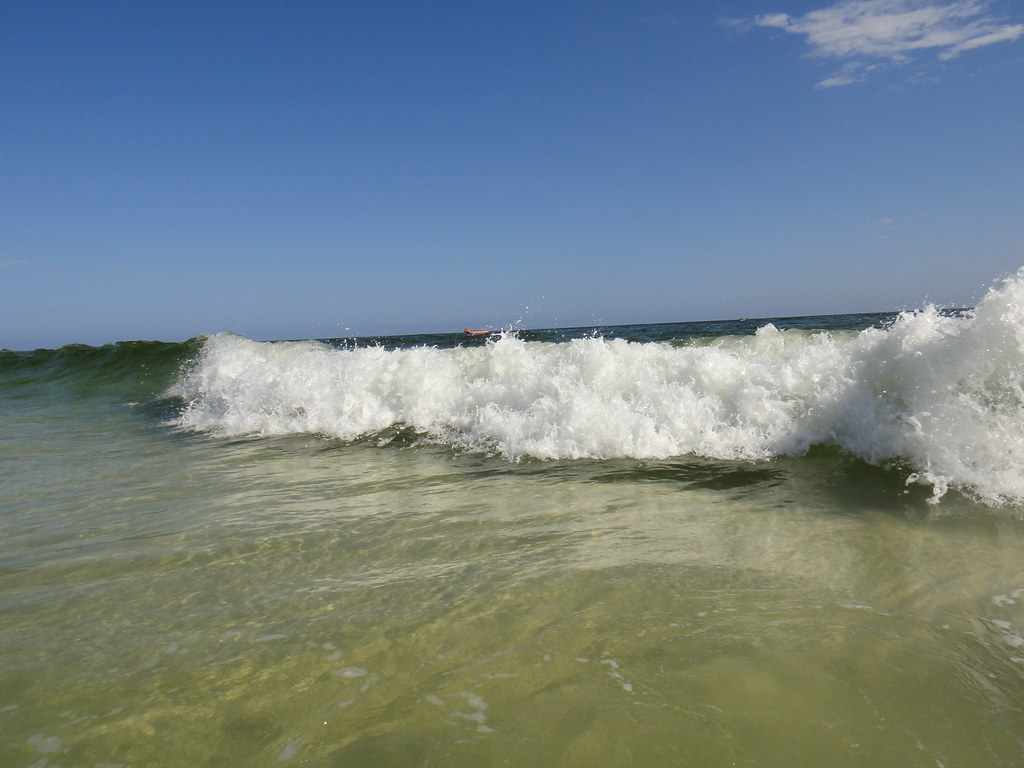 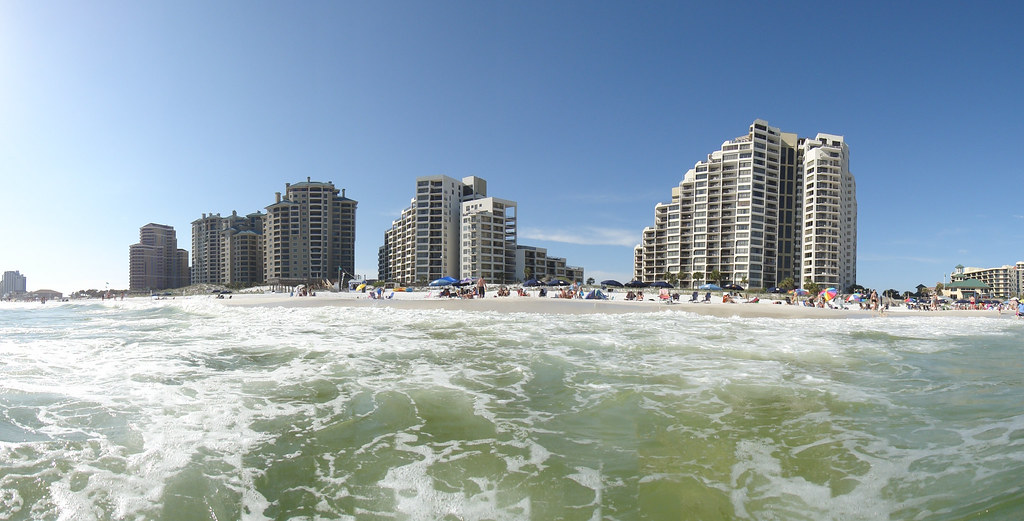 After our morning swim, we headed up for a quick sandwhich, and then it was back down to the beach for more swimming. This time I brought my camera and took it underwater for some cool pictures. This was pretty much the only interesting one that turned out to be in focus somewhat and showed the gunk in the water. It’s really hard to remain in one position when the waves are tossing you about, not to mention what you are trying to take is getting pushed around as well. 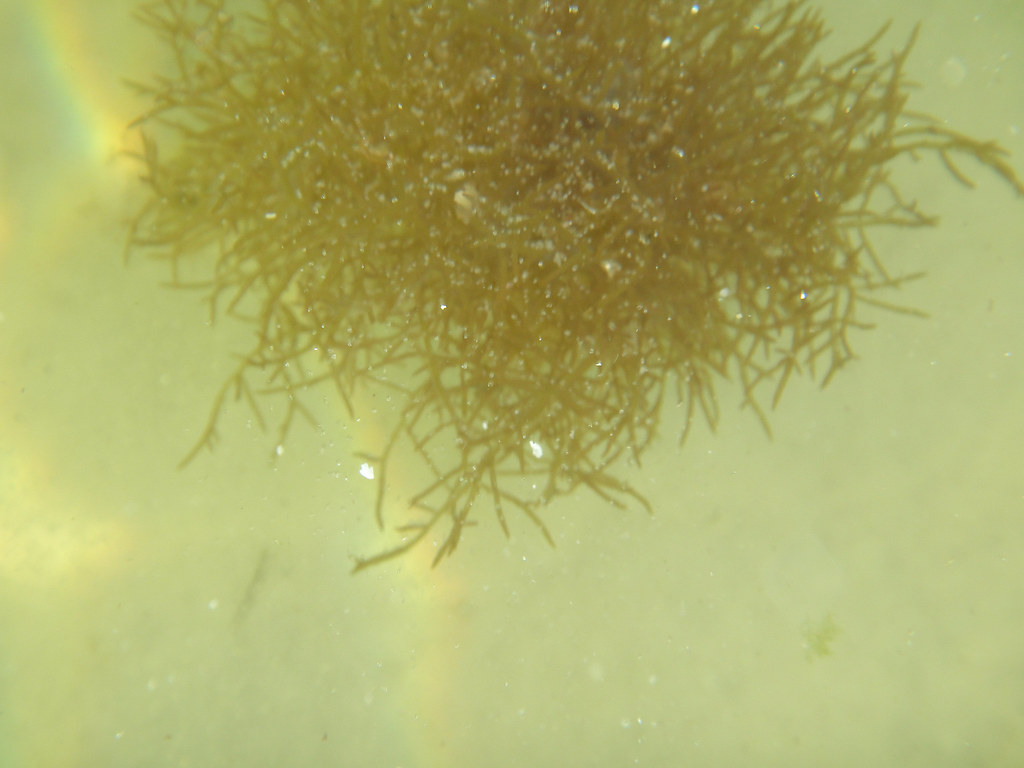 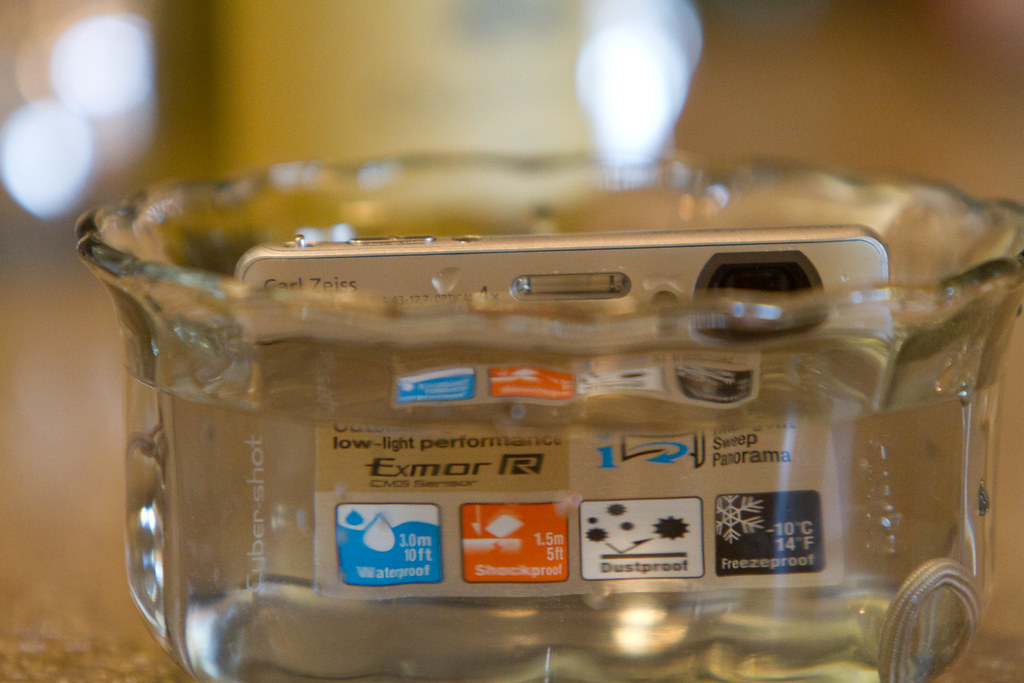 Had to rinse the camera in freshwater after being in the ocean.

After the afternoon swim, we left for an early dinner at Royal Orchid Thai, where we had eaten the first night. It was just that good, we had to go back. We wanted to eat somewhere close because having spent the previous evening at the Silver Sands mall, we wanted to go back. All the shops close at 9 PM which is just ridiculously early, so we had to eat and allow enough time to go shopping some more before they closed and we had to leave. The restaurant strangely enough was right next to this golf course which had some nice trees and a pond. I couldn’t help myself, and had to take a couple pictures. The staff at the restaurant was extremely welcoming and friendly. Kani (sorry, I know I’m spelling your name wrong) was really nice and made sure our food was perfect! 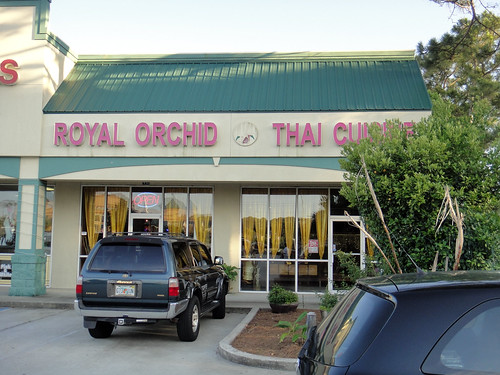 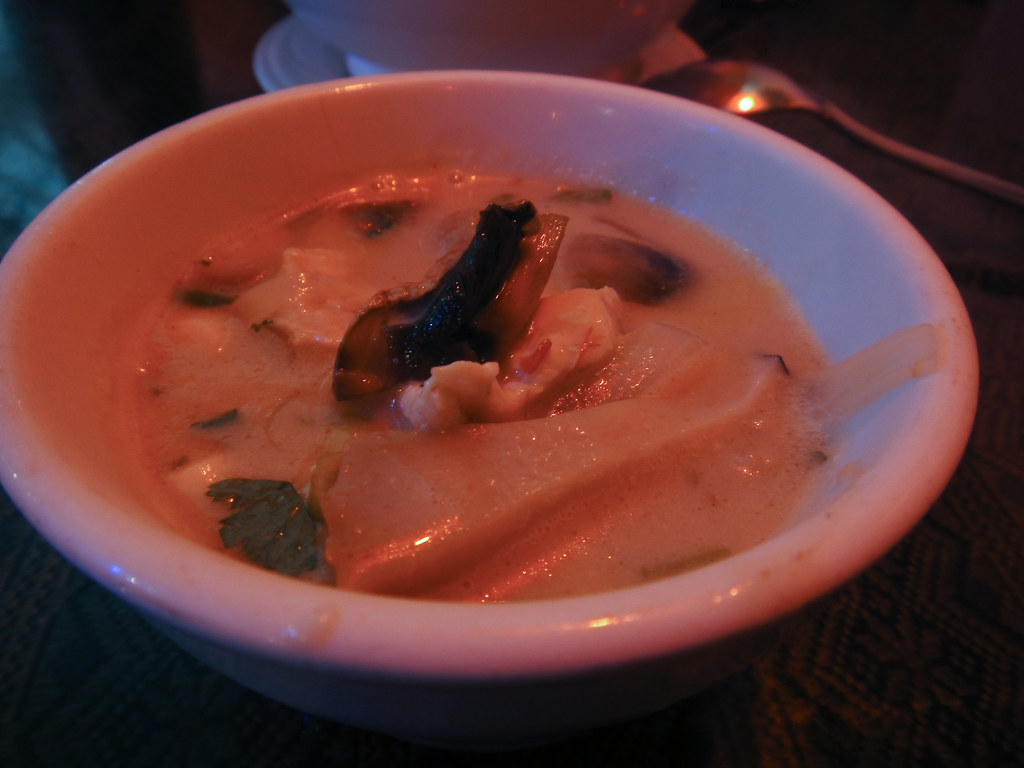 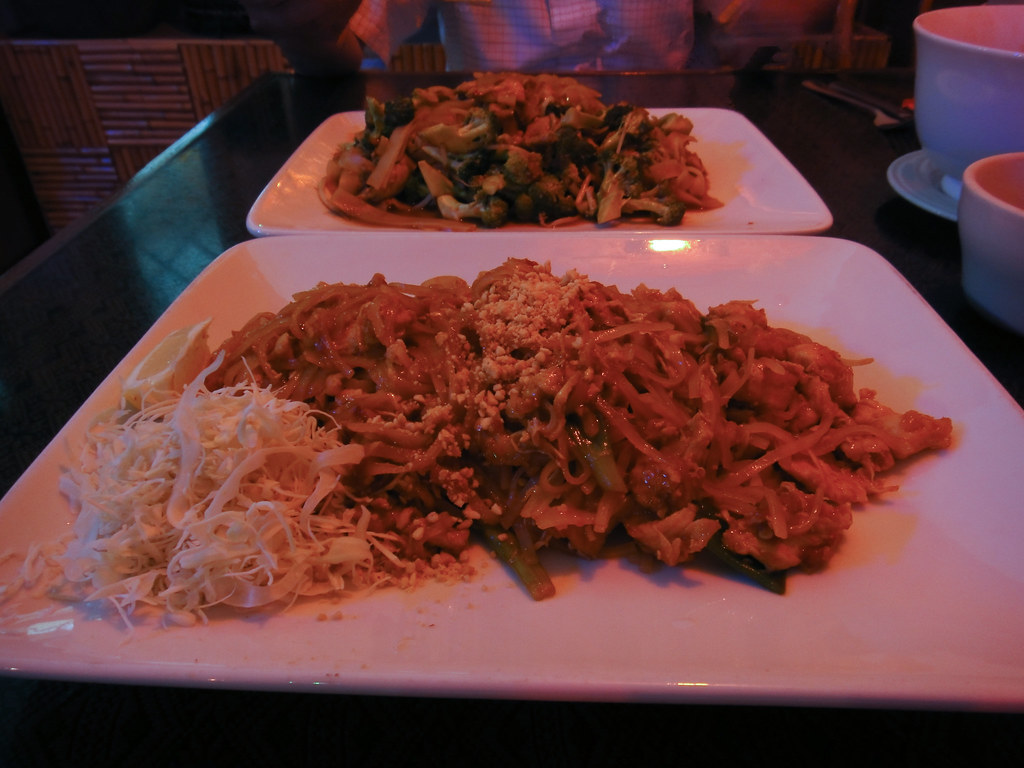 Pad Thai in front, and Pad See Ew in the back. The colored lighting in the restaurant leads to the funky colors that you see ;). 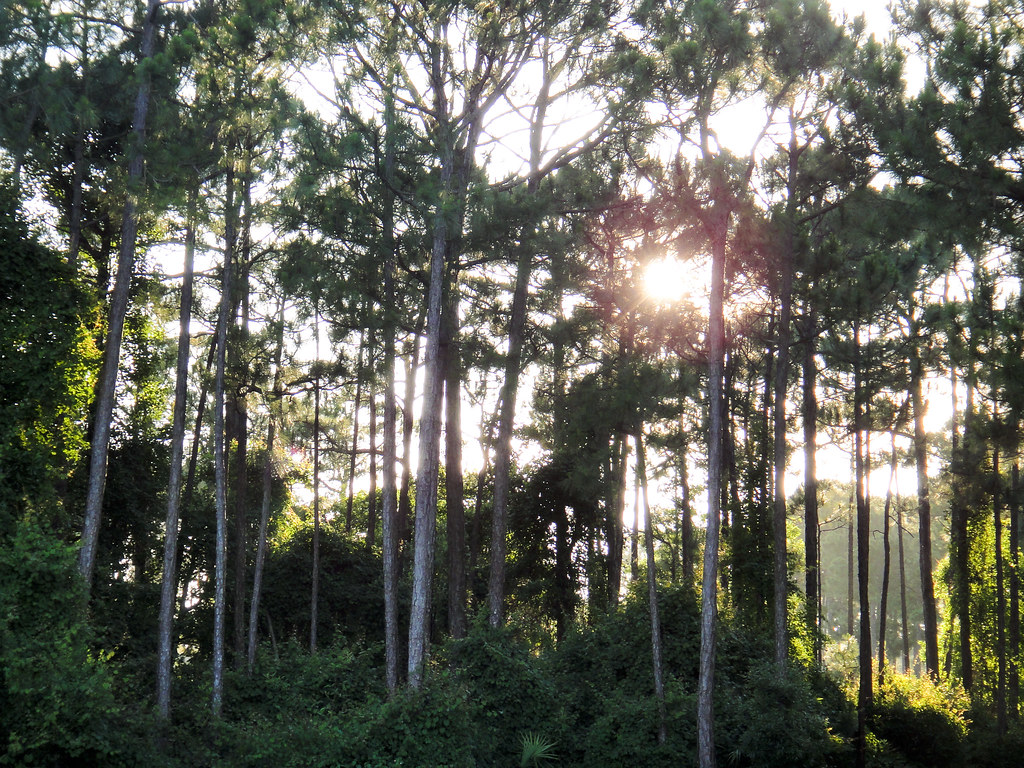 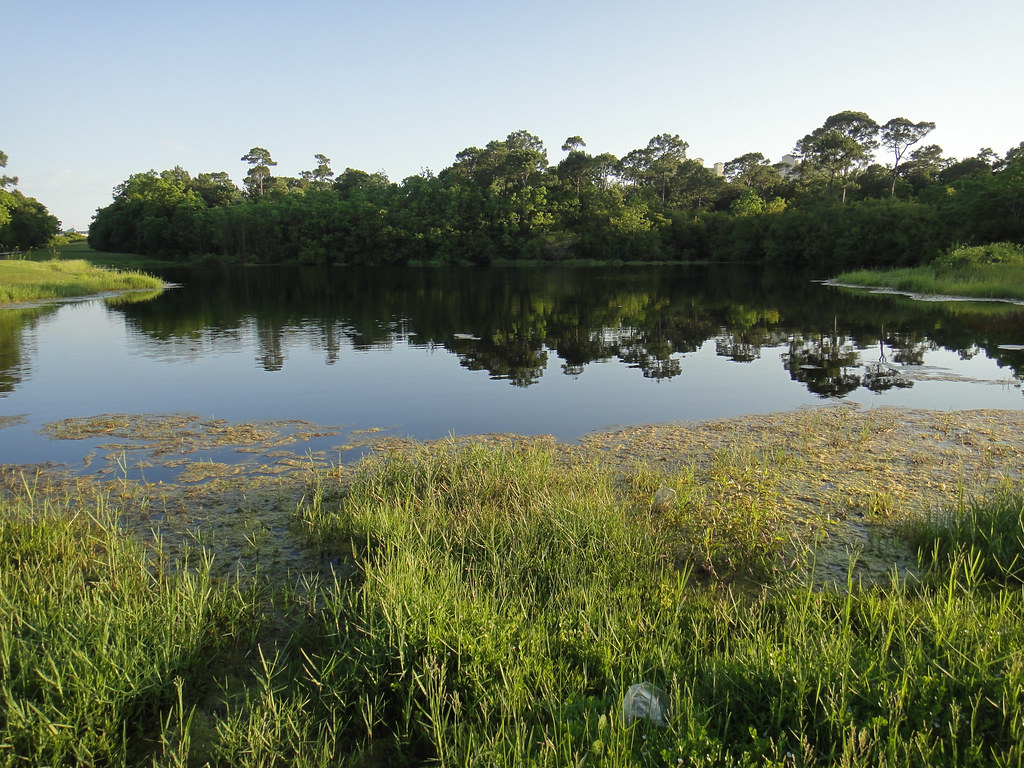 It turns out, shopping in a nice outlet mall with good stores is funner than you would think! 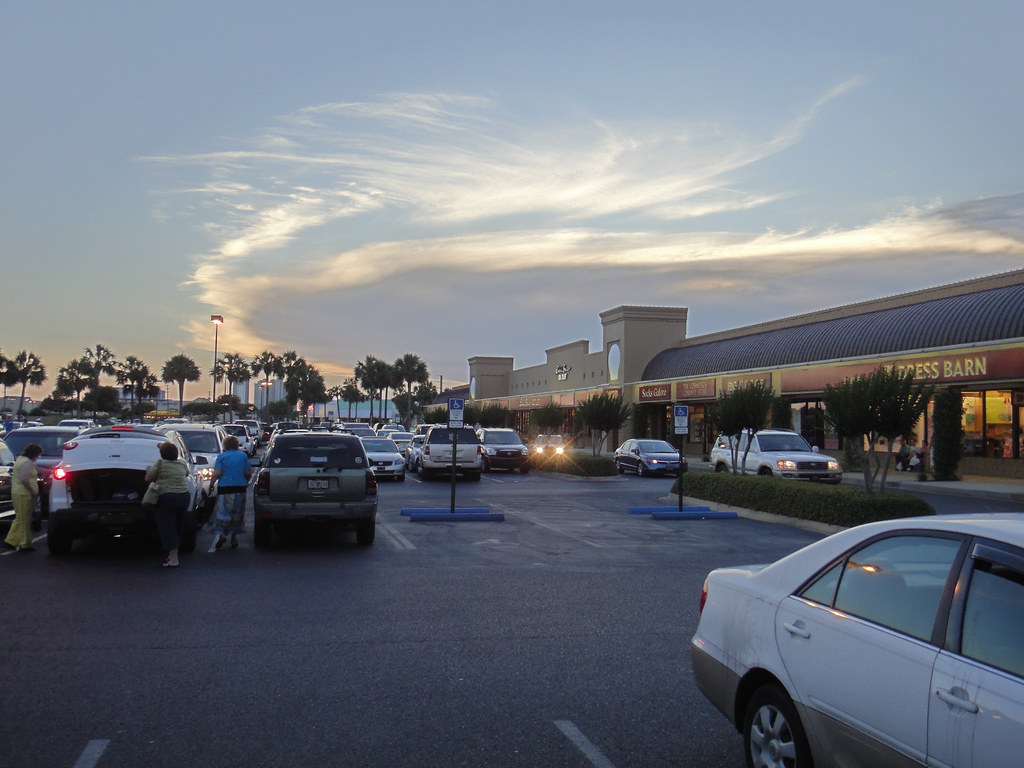 As I was saying it was an EXTREMELY clear and sharp day and I was able to get these two pictures. The panorama (long picture), which I plan to print at ~12×48 looks like it’s going to be incredible! 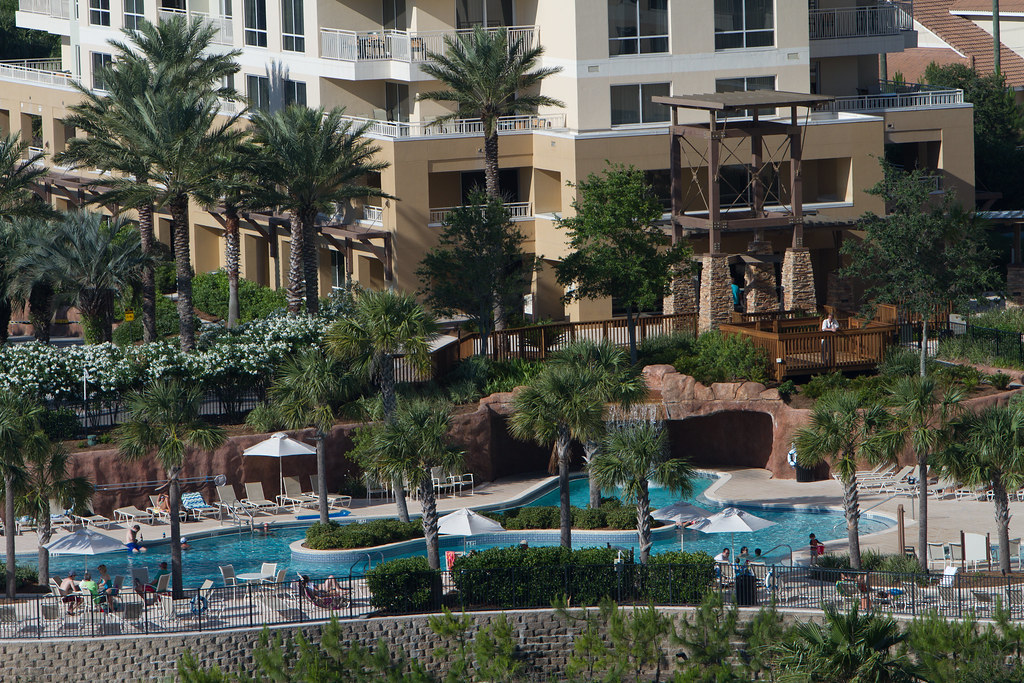 The actual size of this panorama comes out to a whopping 135 megapixels!!!
The above picture is the pool in the lower right corner of the tall building. It’s the new Luau condo building.

Off to bed, early-ish (11 something).. (I can never get to sleep as early as I want)…. I wanted to wake up before sunrise the next day to capture the first glimpse of light coming over the ocean. I got some pretty cool pictures, so you’ll have to stay tuned for the final photo installment of my Destin trip! And yes, I say photo installment because I got a handful of beach videos to put up!

One thought on “Destin, Florida: Day Six (Life’s a Beach!)”