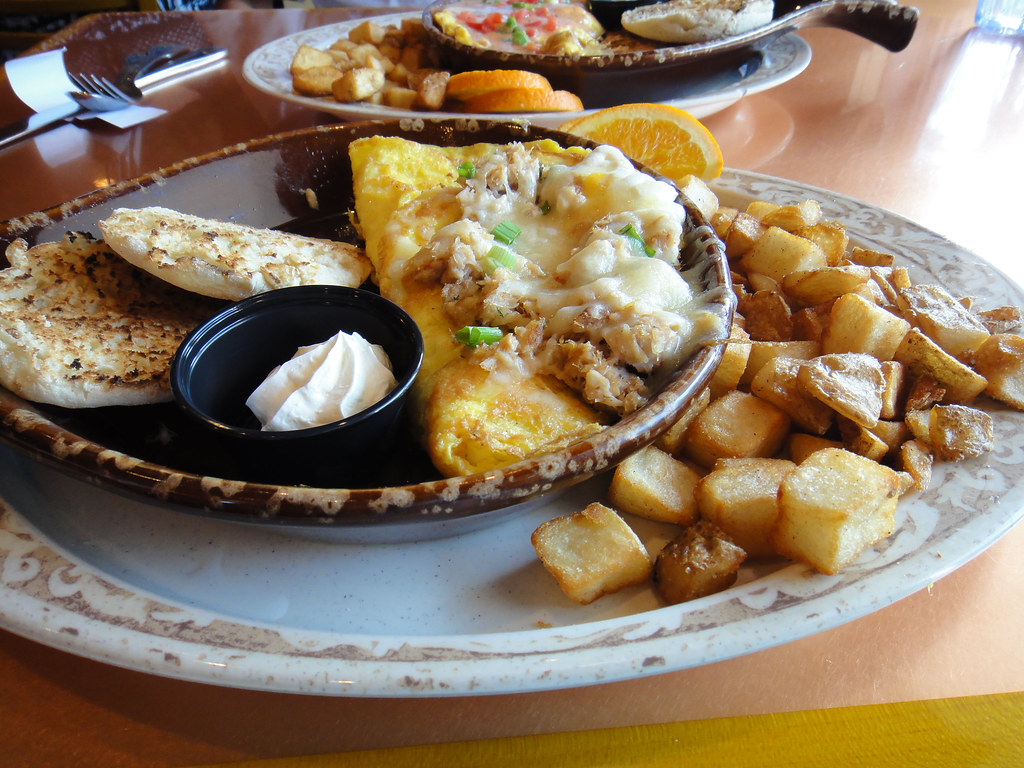 This morning we woke up early and went across the street to the Baytowne Warf for breakfast at Another Broken Egg. They are famous in Florida and Louisiana for their incredible egg dishes. The story behind the resataurant which started in Lousiana is actually an intesting one. It was started as a small business run out of an old summer home on Lake Pontchartrain by a former executive that had a mid-life crisis. And still today, the restaurant has a homey atmosphere to it. The staff is very friendly and all the food is freshly made. According to their website they have 130+ items on their menu, and I believe it. It was huge and they were all different and each sounded very tasty. It was definitely a hard decision deciding what to get first! You could spend months there and not try everything! I finally decided to get “the floridan” omelet as recommended by our waitress (pictured above). It’s the first omelette on the menu. It’s a cream cheese filled omelette topped with fresh garlic-butter sauteed crabmeat with jack cheese and scallions on top. It was just mouthwatering! I had never had seafood on an omelette before, but this was really good. As we were leaving the restaurant, the place was packed and lots of people were waiting outside just to grab a seat. I guess the early bird does get the crab omelette! 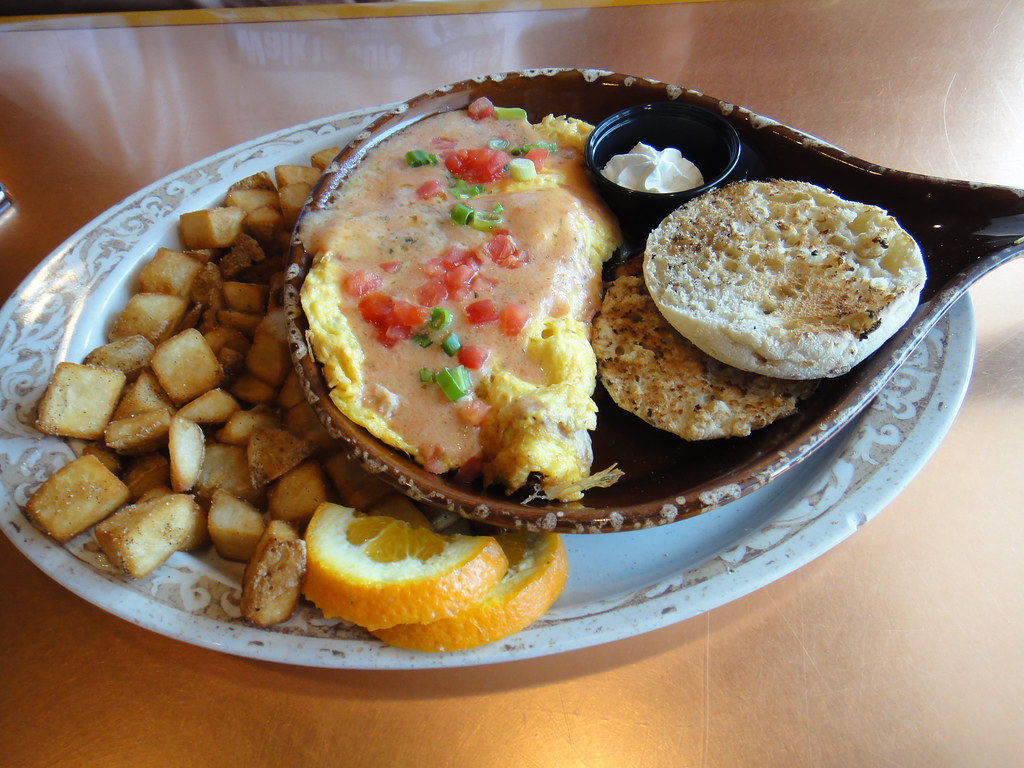 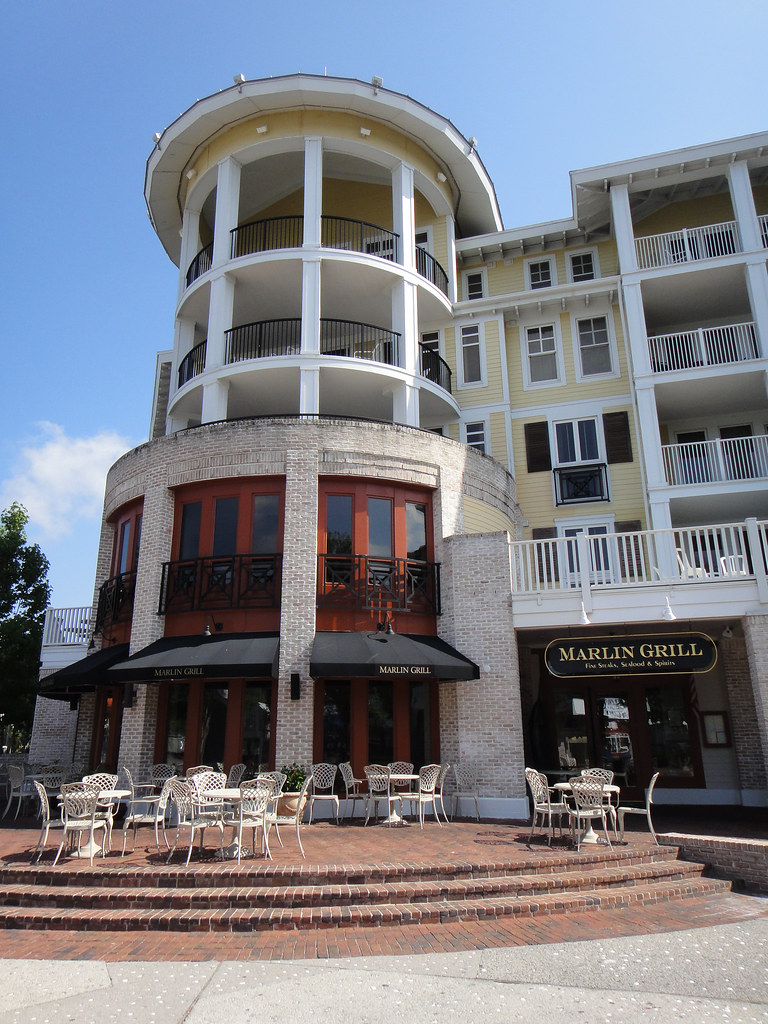 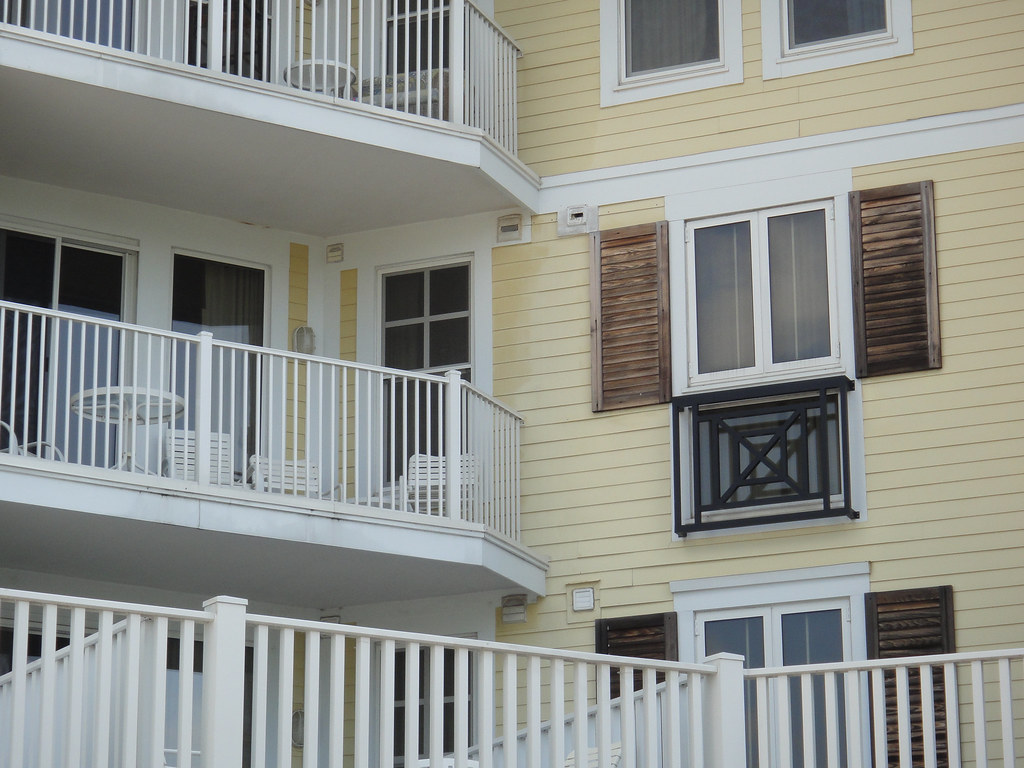 After breakfast, we walked around Baytowne Warf a bit and got to see what it was like during the daytime. 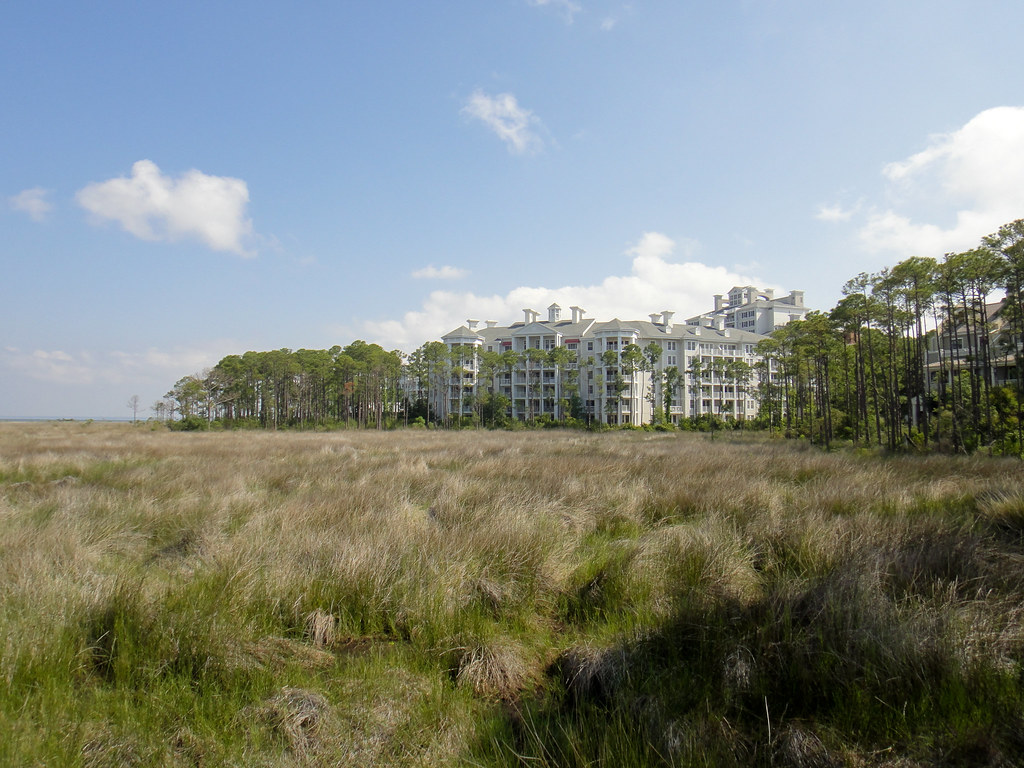 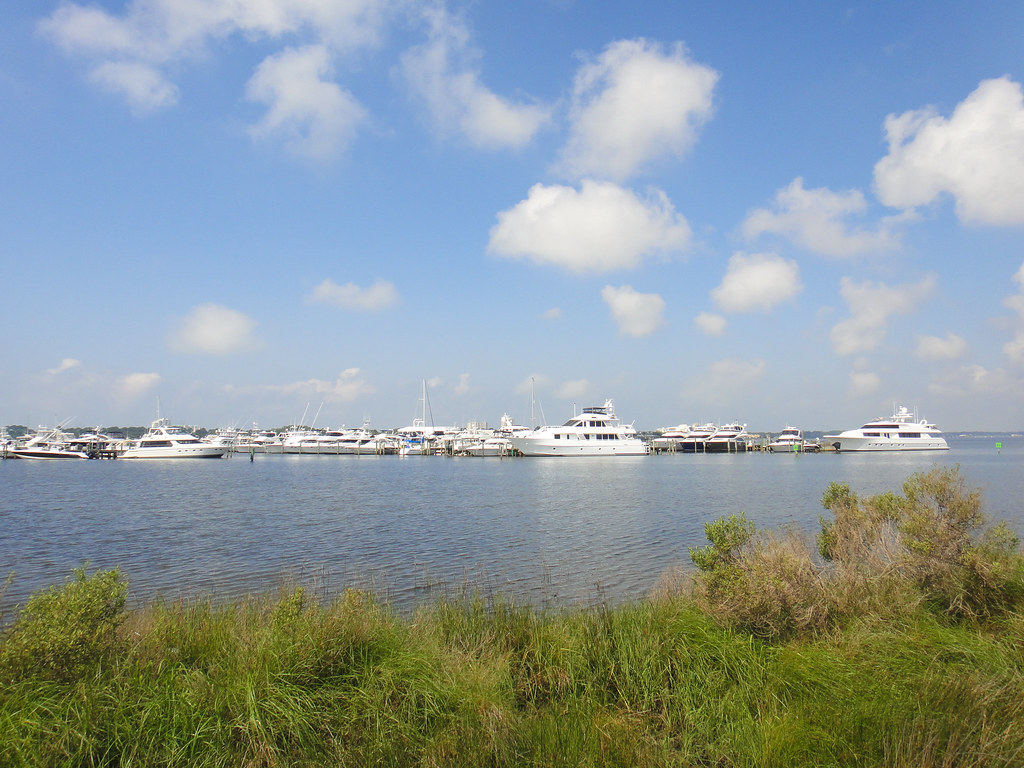 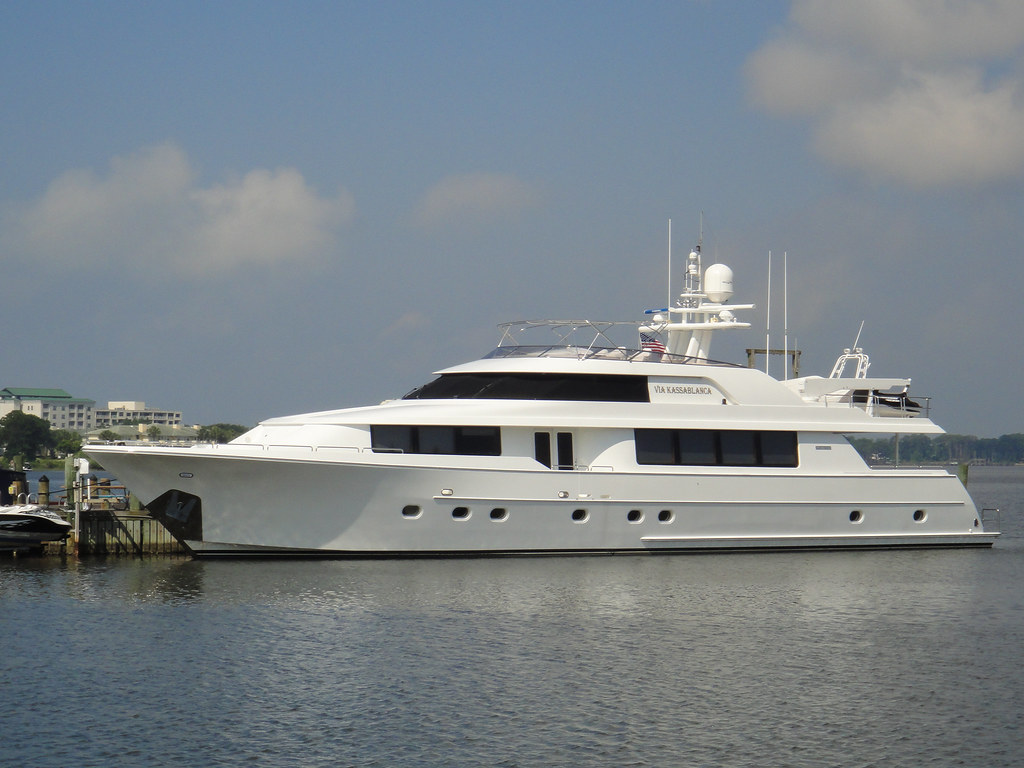 I want one! Too bad the Via Kassablanca is 5 million! Not too bad looking for a ~15 year old yacht either! 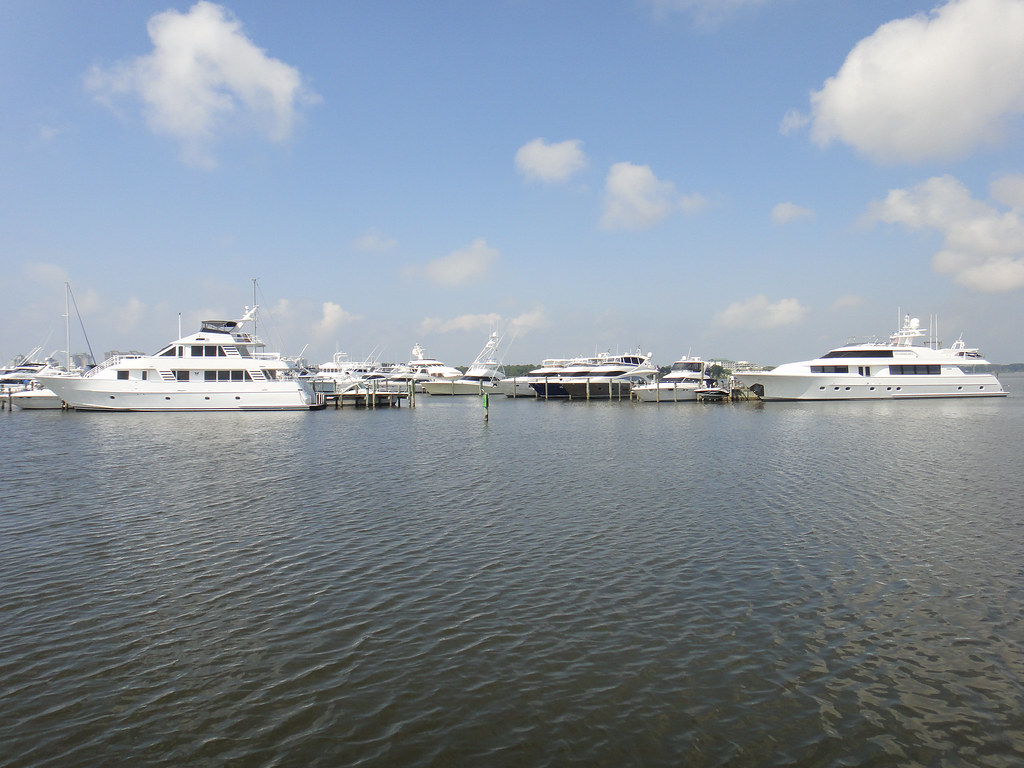 I guess I could settle for any one of these! 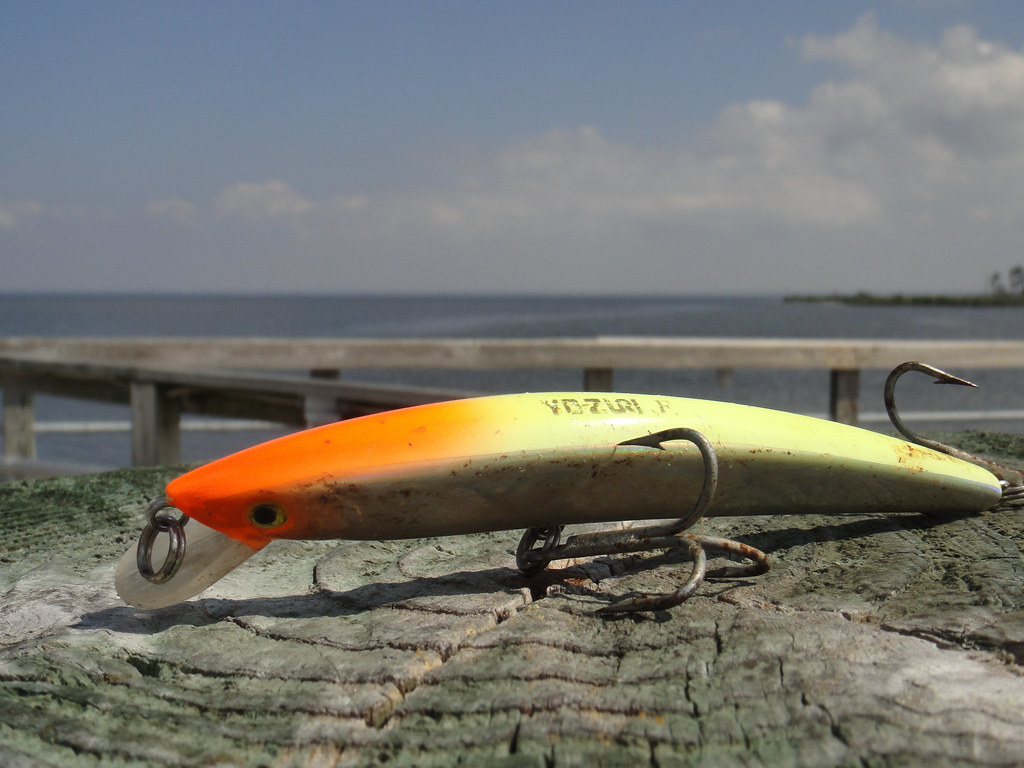 I wonder what the story is behind this lure, it was just left here. Looks like it’s seen some use!

When we got back to the other side of Sandestin, we headed down to one of the ponds to fish for bass. All the ponds at Sandestin are stocked wtih Florida large mouth from Bass Pro and it’s all catch and release. So if you don’t catch anything, there’s really no excuse! I say that, but I only caught one and my dad didn’t catch any lol. Last time (9 years ago), I managed to catch 4 in an hour, they were that hungry.

When it started getting hot, we went back up to the condo, made a sandwhich for a quick lunch, and then headed down to the beach, a daily chore, how awful!. 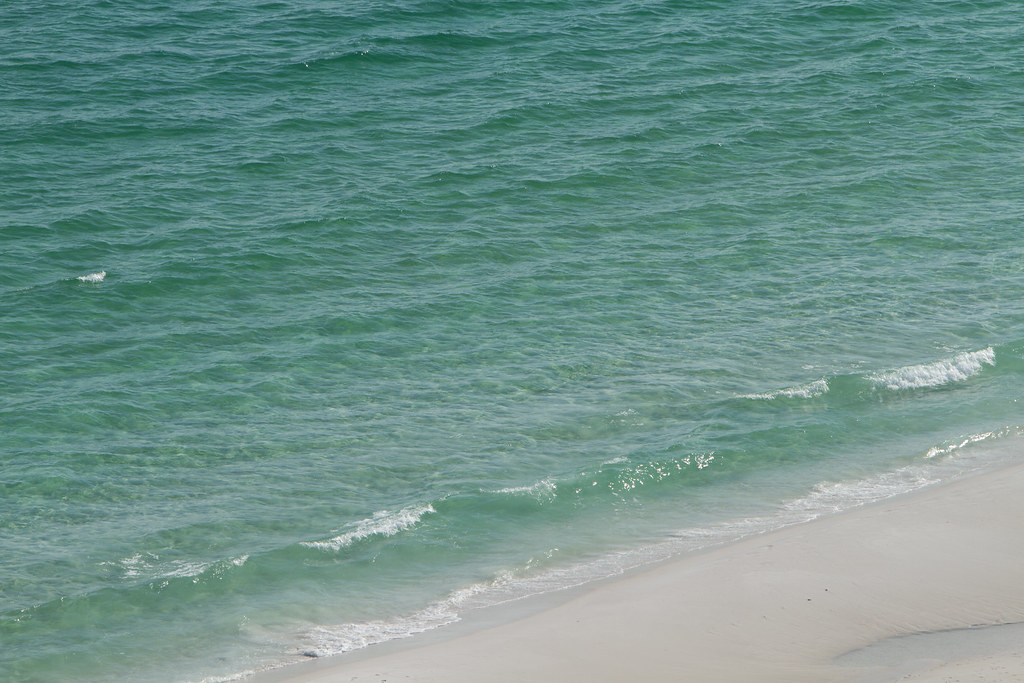 An exceptionally clear day at the beach, water and sky! 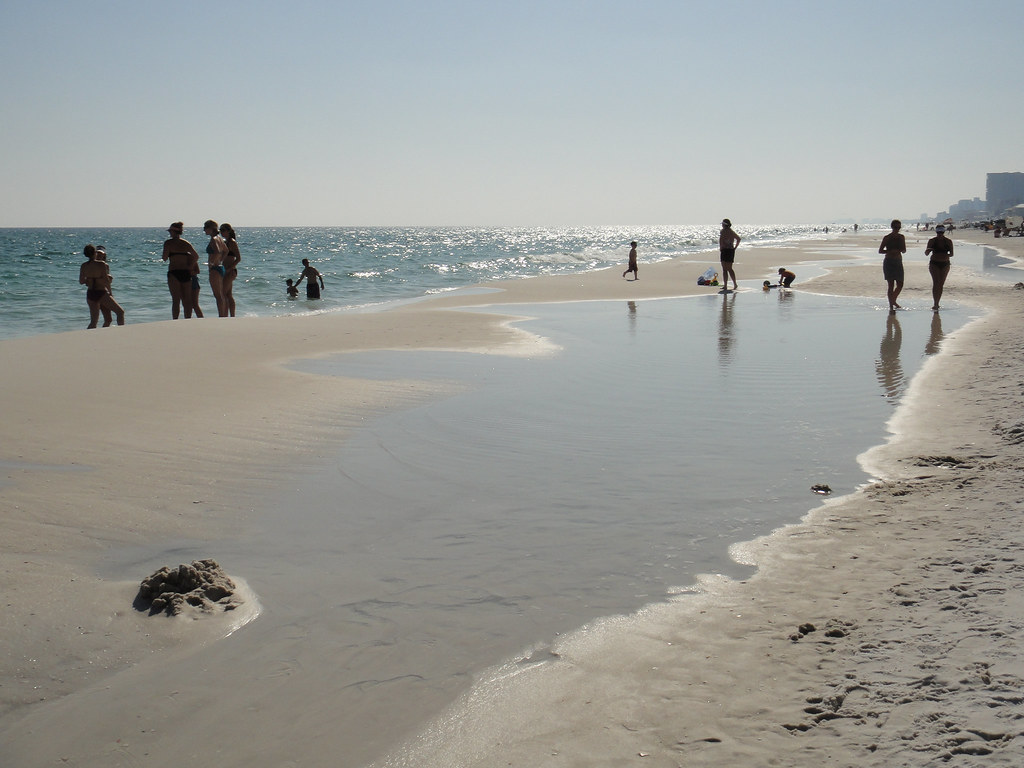 For dinner, we wanted some place good. And if there’s one good seafood restaurant in the Destin area, it’s Marina Cafe. This place is so good that they are constantly changing their menu up every week! It was one of our favorite places we always came back to many years ago. Like Ocean Club, they have a happy-hour dinner special where if you are seated before 6PM, it’s half off. Unlike, Ocean Club, you can choose anything on their full menu and they take the time to make hot and fresh just for you! I chose the fish of the day dish which happened to be swordfish. I hadn’t had swordfish before, but did recommend it. The food did take some time to come, but we had bread and could actually enjoy ourselves that night and not be rushed along. For desert, we got Creme Brulet, but we must’ve eaten it so fast because I can’t find any pictures of it lol. 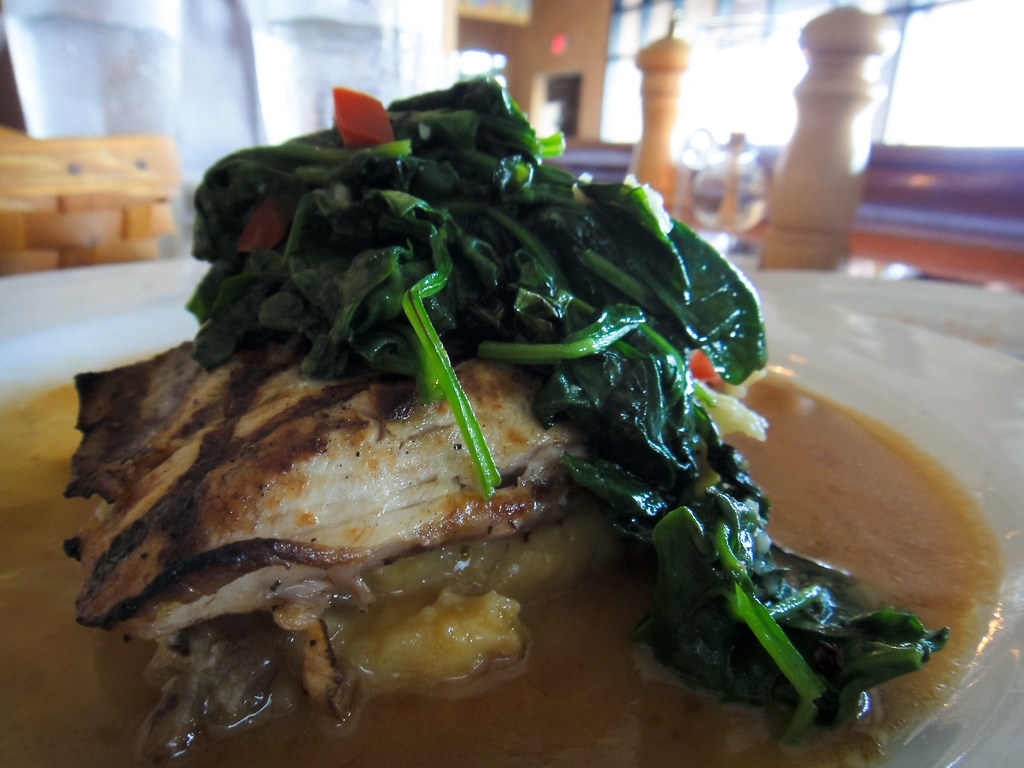 Their view of the harbor is gorgeous! Check out their “parking lot” of boats! 🙂 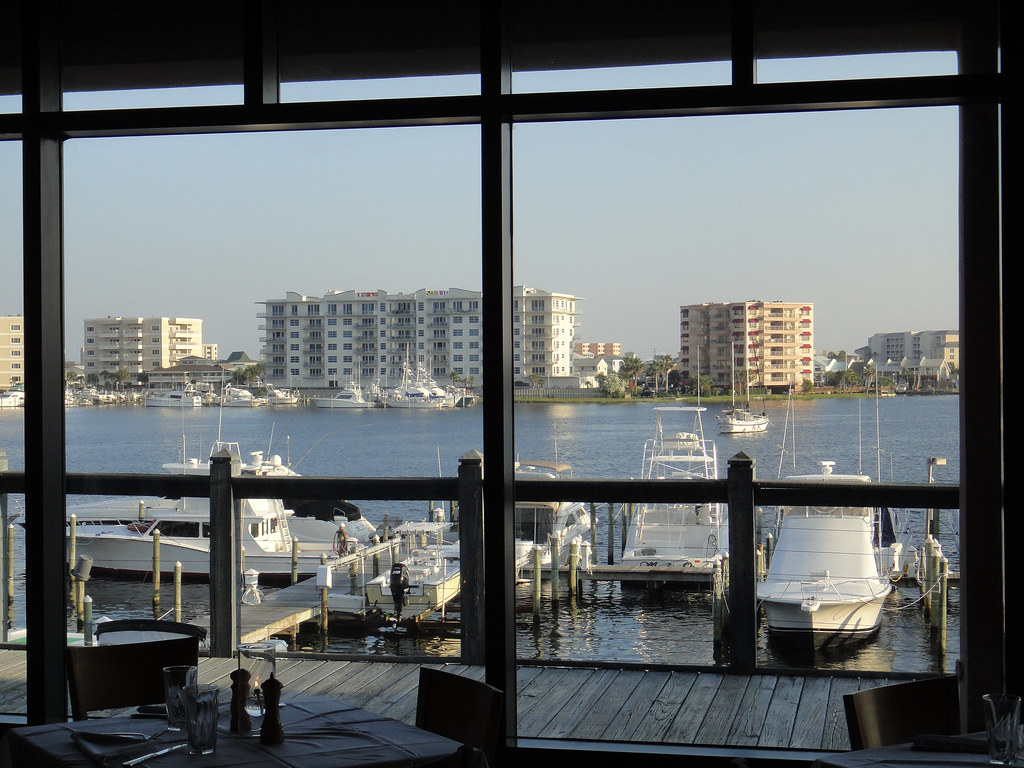 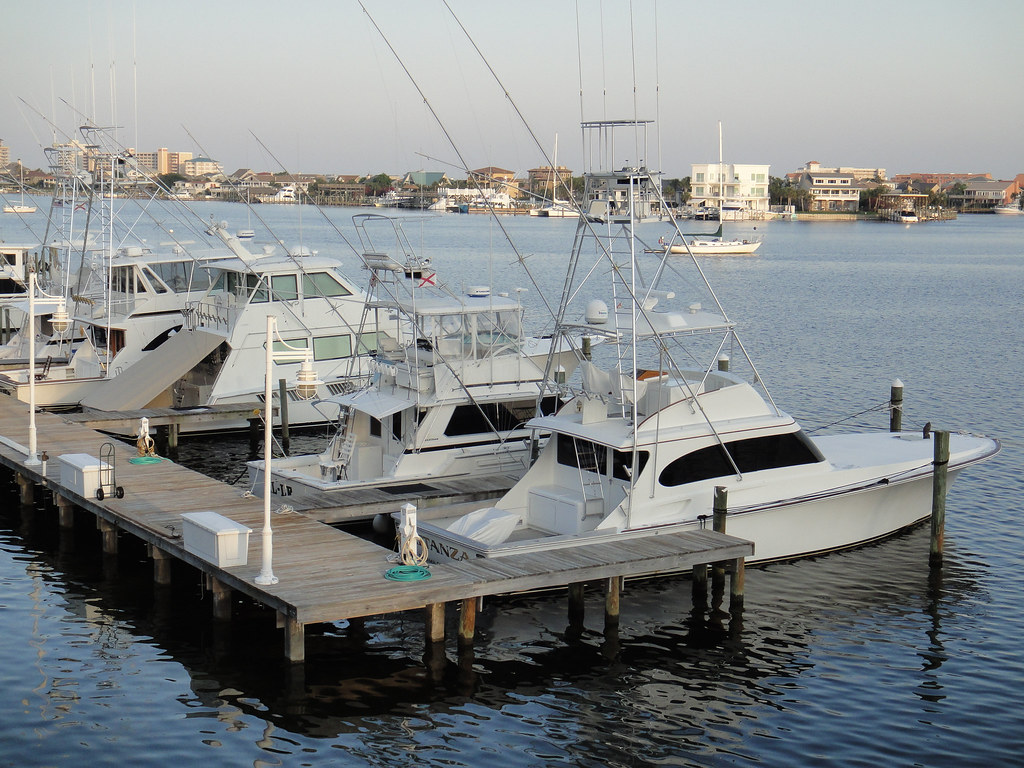 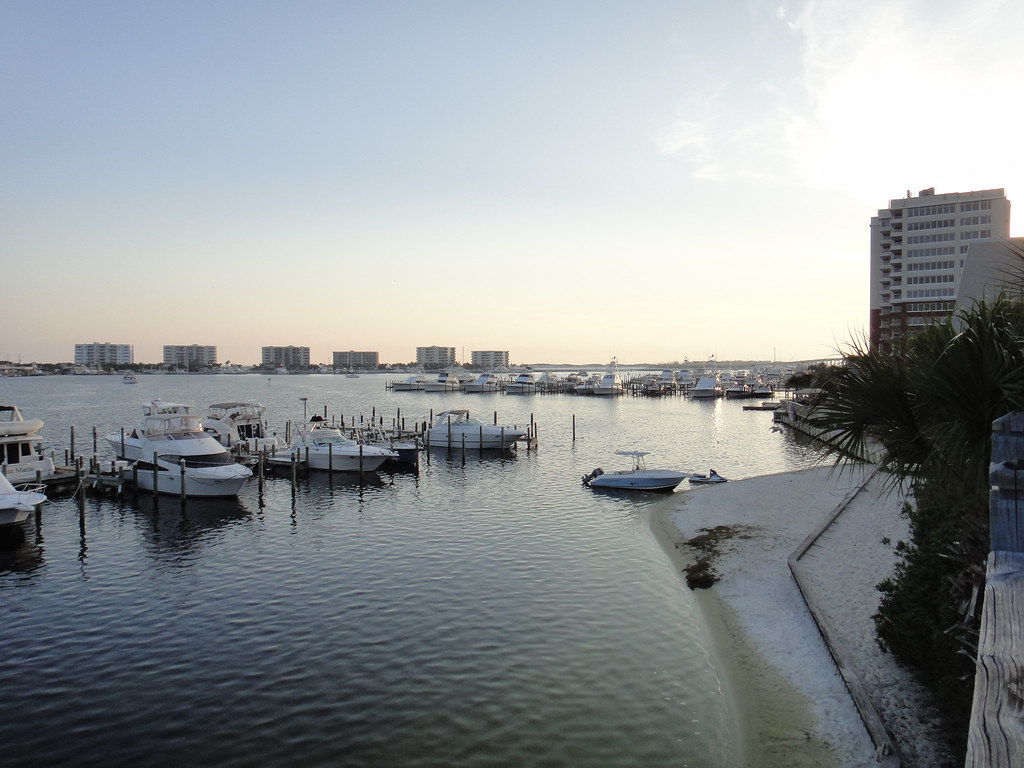 After dinner, I couldn’t tell you what we did either because I don’t have any pictures of anything significant, but it probably involved ice cream and TV! Day 6 coming soon!

edit: I remember what we did, we went shopping at the famous Silver Sands Outlet mall. I remember we ran out of time before they closed lol. So after that it was ice cream and TV!