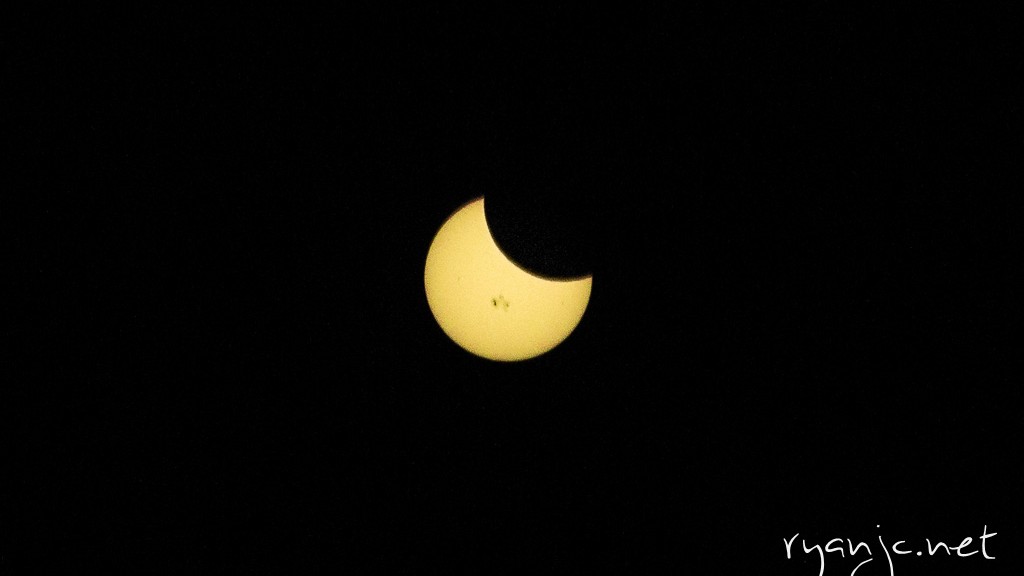 In case you missed it, the other day, there was a solar eclipse. You probably didn’t even notice since it was not noticeable without a filter. It was not a total eclipse where it gets dark and the stars come out, but visible enough with the right filter that you could see the moon’s shadow traversing across the sun right before sunset. As a bonus, visible on the top picture, is a giant sunspots in the middle if the sun. It’s the largest in two decades and is putting out quite the disruption in solar flares right now. 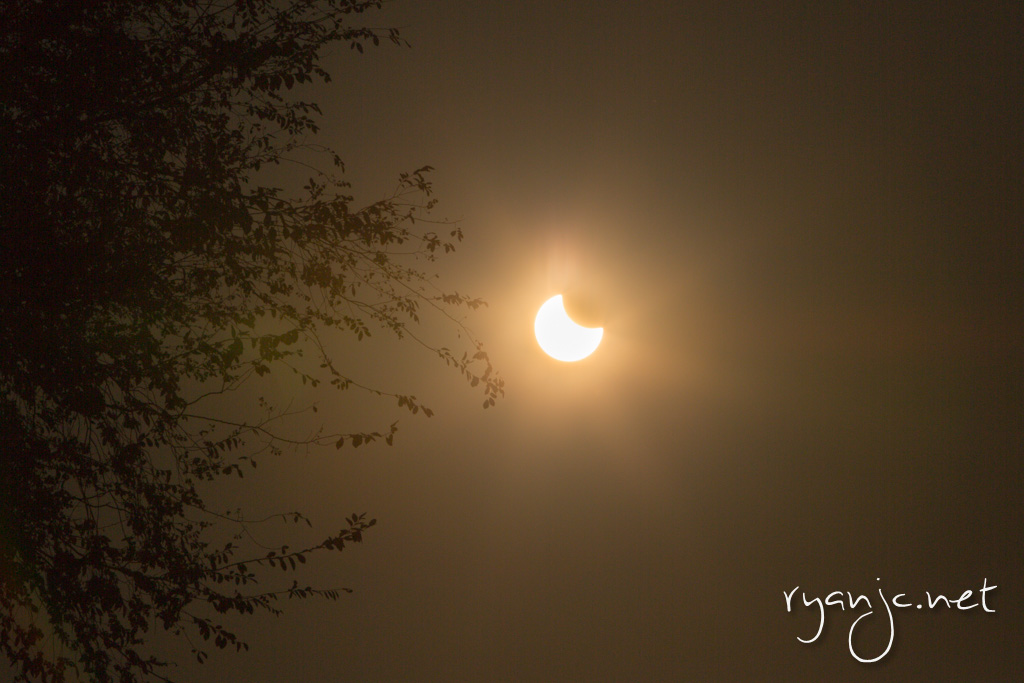 Always be careful when viewing the sun and use a proper #14 welding filter so that you are never looking directly at it.