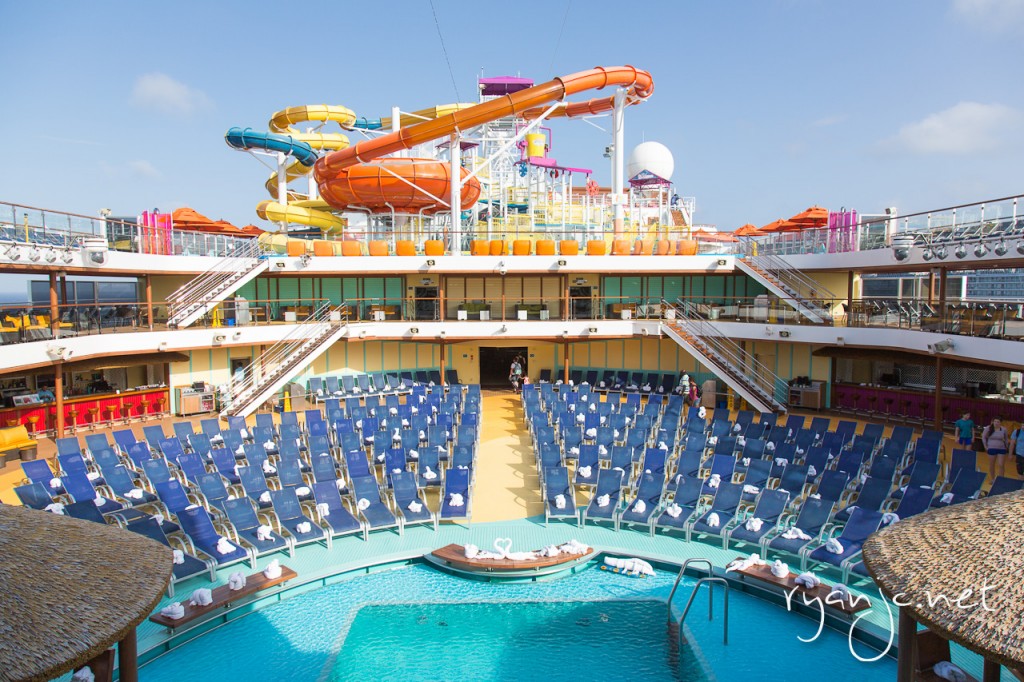 Our last island stop before returning back to reality was Cozumel, Mexico. Cozumel is the one place all the ships in the Caribbean seem to stop. Like all the other islands, it’s primary economy is tourism. But Cocuzumel is by far the most developed, busiest, and the most prosperous of the three islands we visited. The island has its own airport, many resorts, parks, beaches, shopping, and snorkeling. At the time, there were seven ships docked at Cozumel.

The morning started off very lazily and later than usual, having been up later than usual the previous night and waking up early to catch the sunrise each morning really takes its toll. We had a pleasant surprise that morning having come up to the pool deck and being greeted by a flock of towel animals! 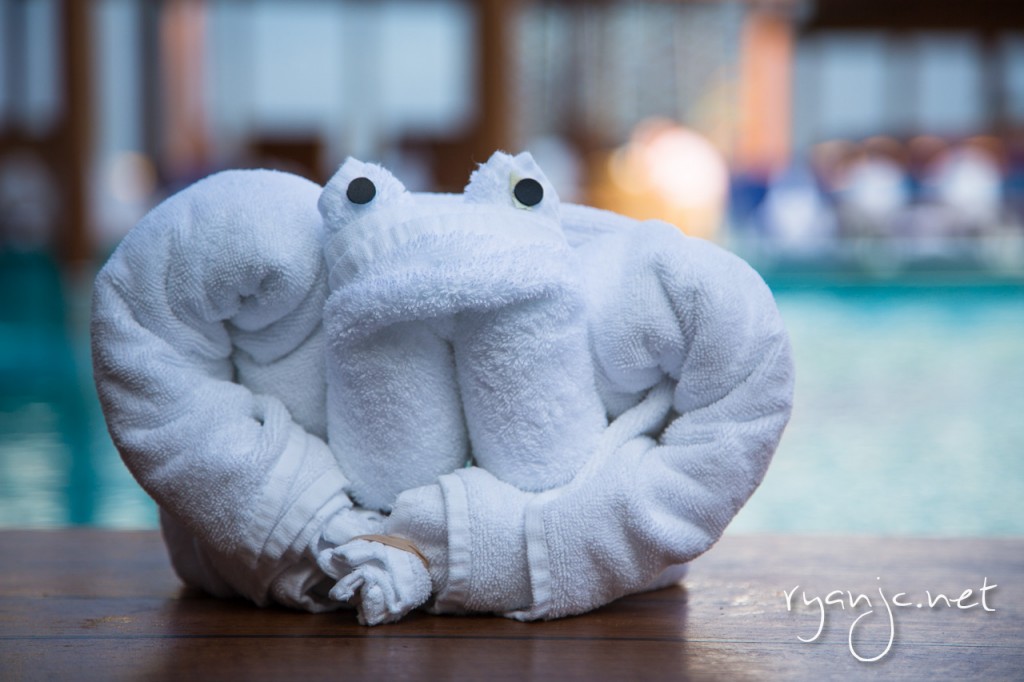 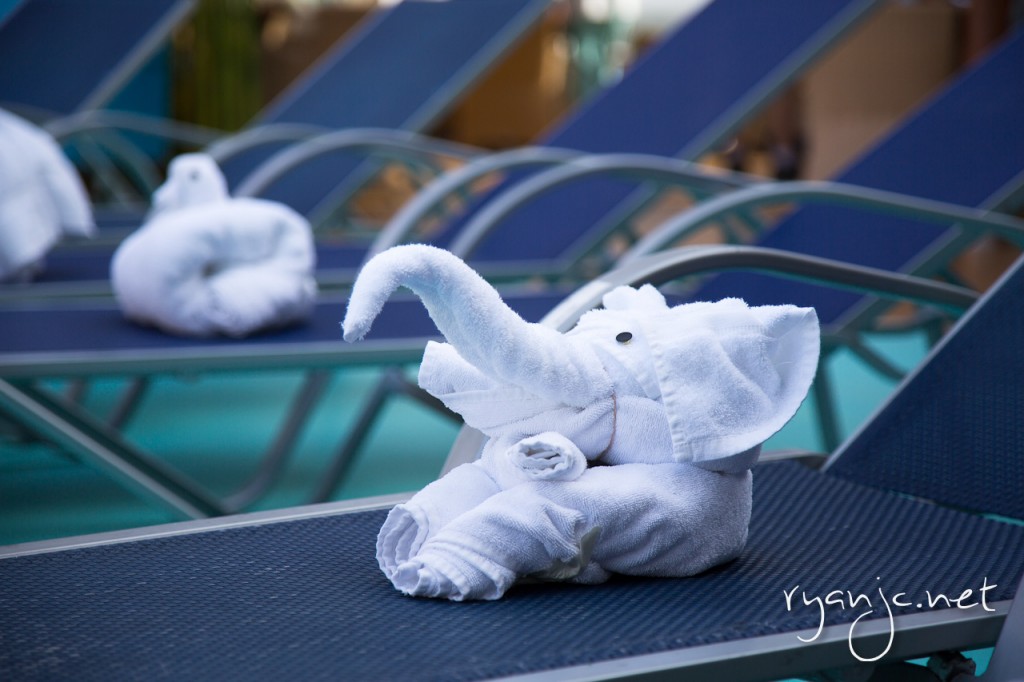 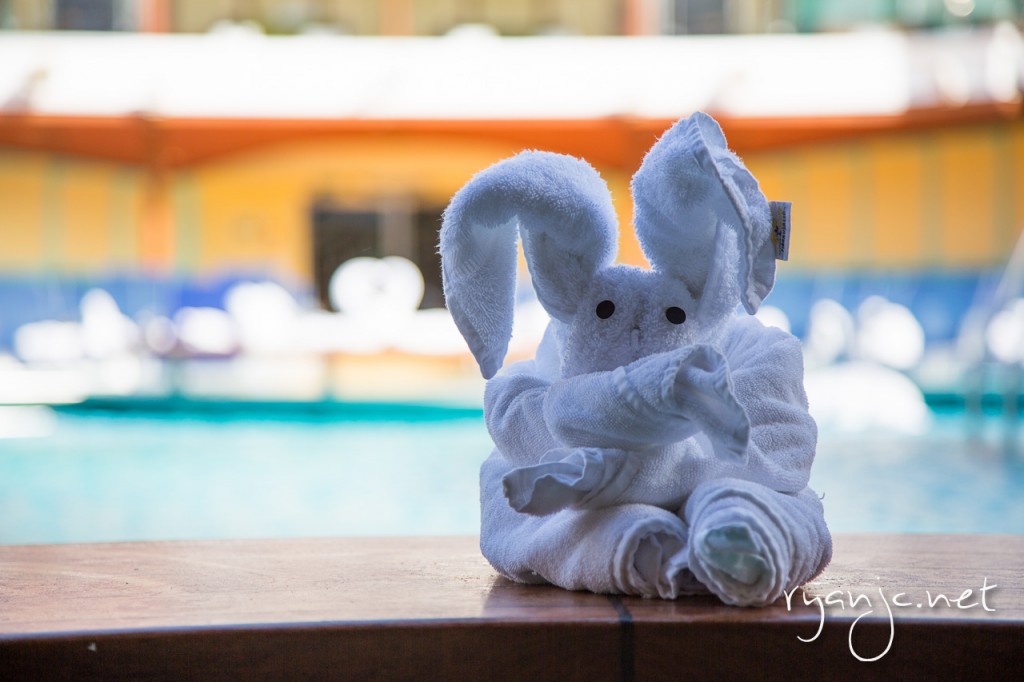 As we were disembarking from the ship, the giant Carnival Conquest parked adjacent to our ship. It’s very cool to watch such a large ship maneuver into a relatively tiny port and park, sometimes nearly parallel. 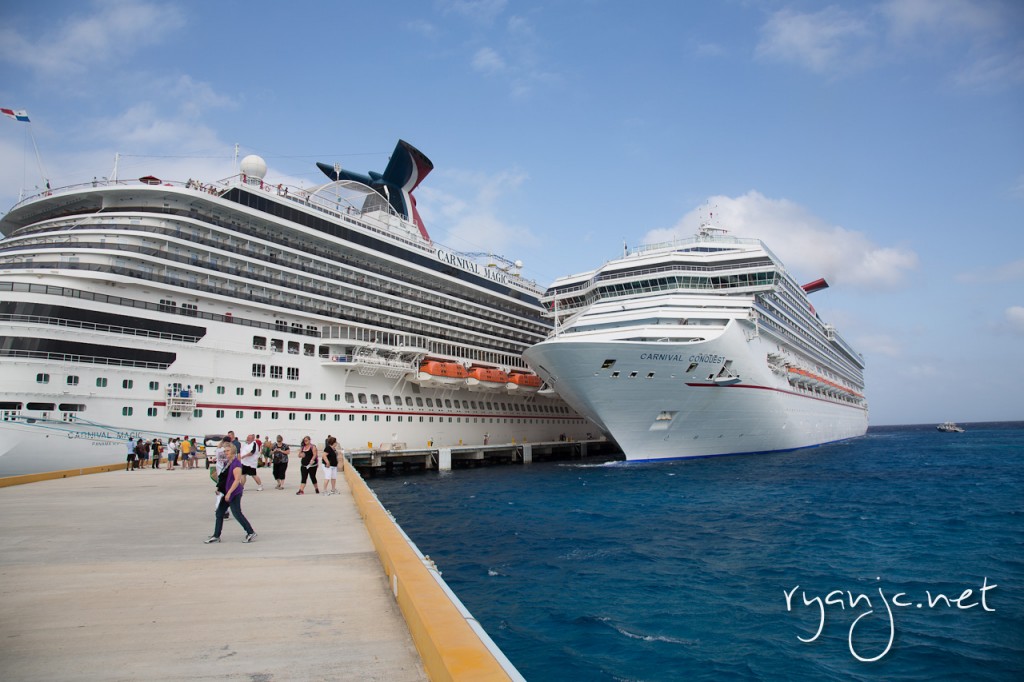 Our plan for the day was to visit Chancanab Park which is similar to Sea World in the US except it’s run by the government. So in a way like a state park with sea lion and dolphin shows, but also a beach. It’s not too far from the port and can be easily accessed by taxi (we were able to split a taxi on the way back). 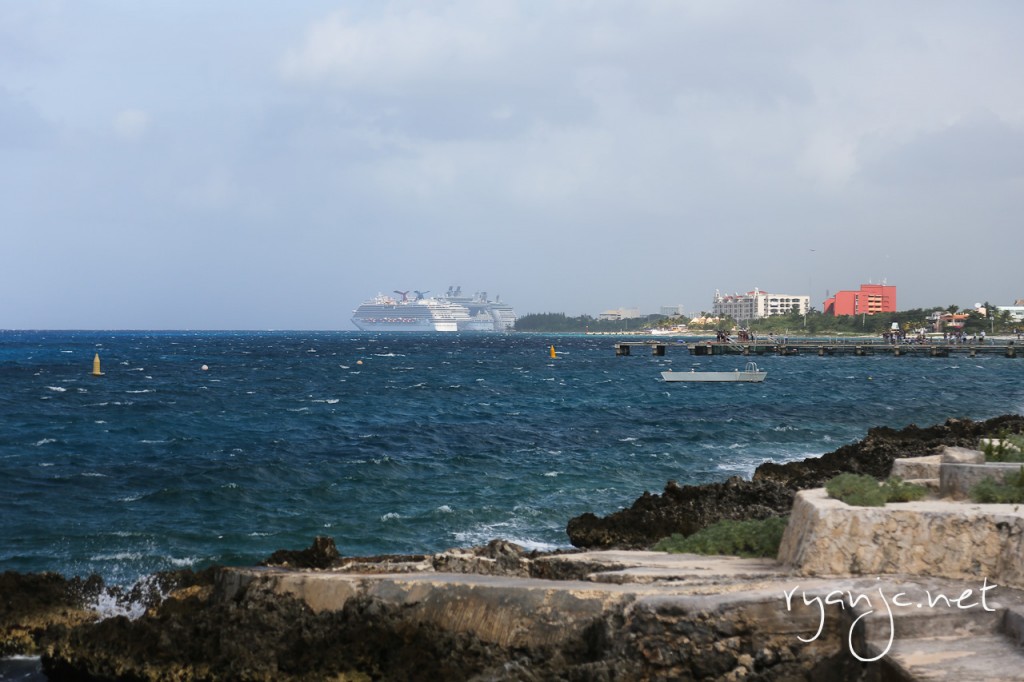 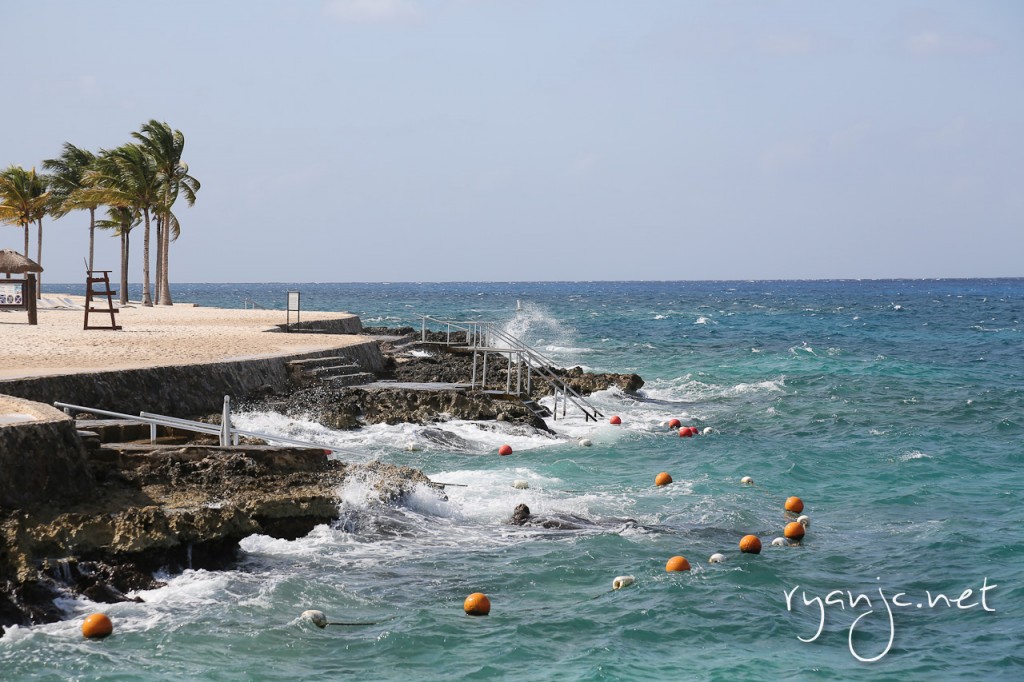 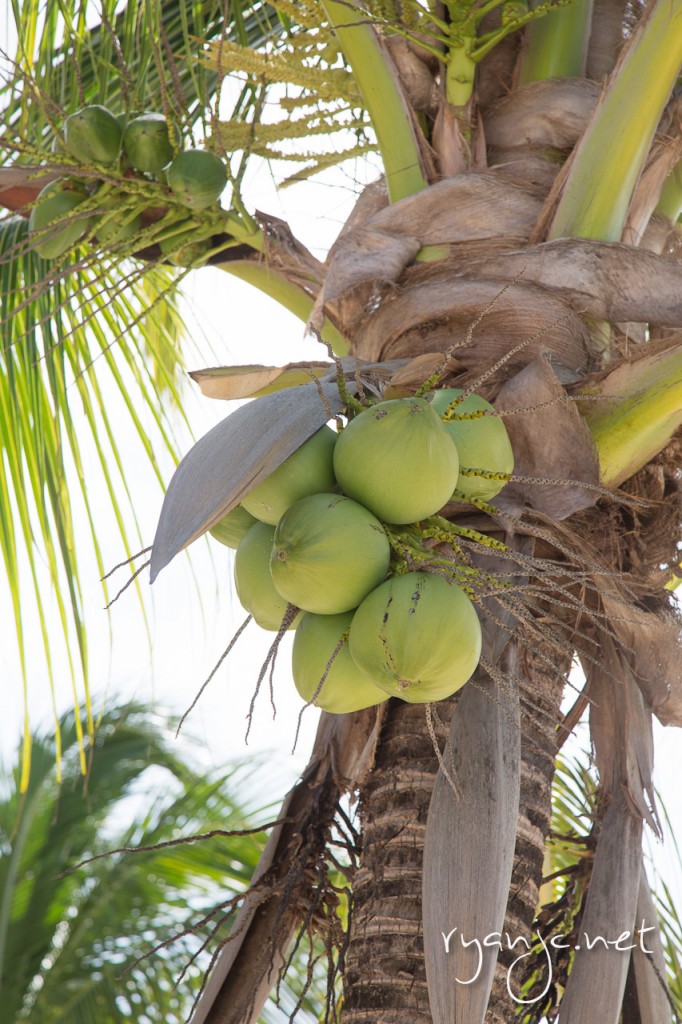 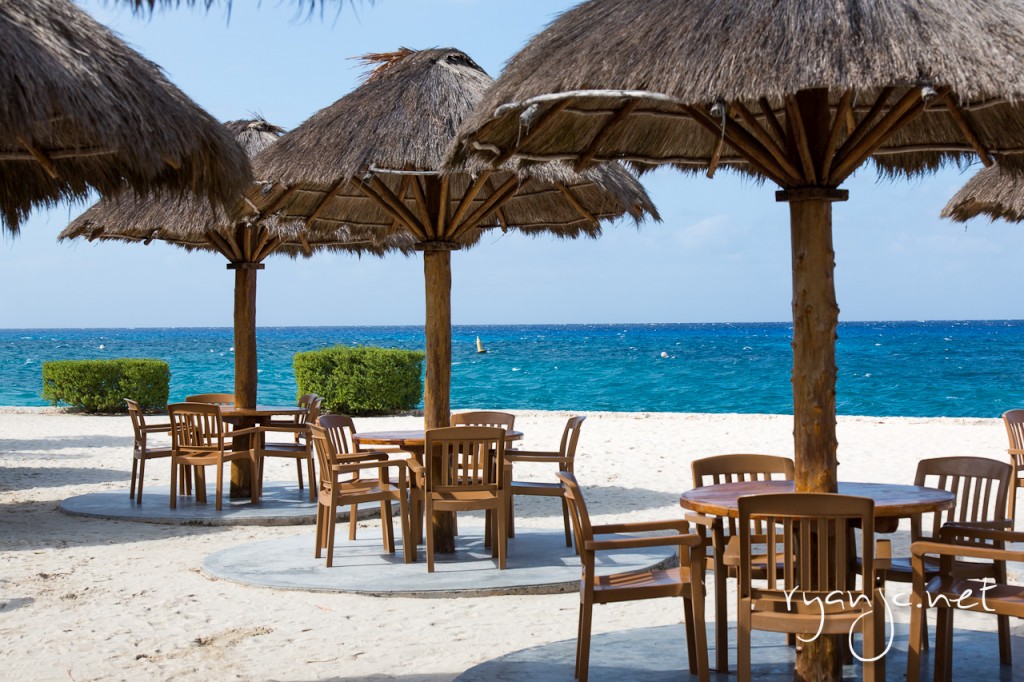 In the park are a variety of animals, a mini rainforest with Mayan replicas, and a nice stretch of beach for snorkeling, swimming, and lounging. Unfortunately the day was very windy as a storm was blowing through so we didn’t dare go into the water risk getting smashed against the rocks. I heard the snorkeling off the beach is gorgeous which was unfortunate timing for us because I wanted to go swimming again! 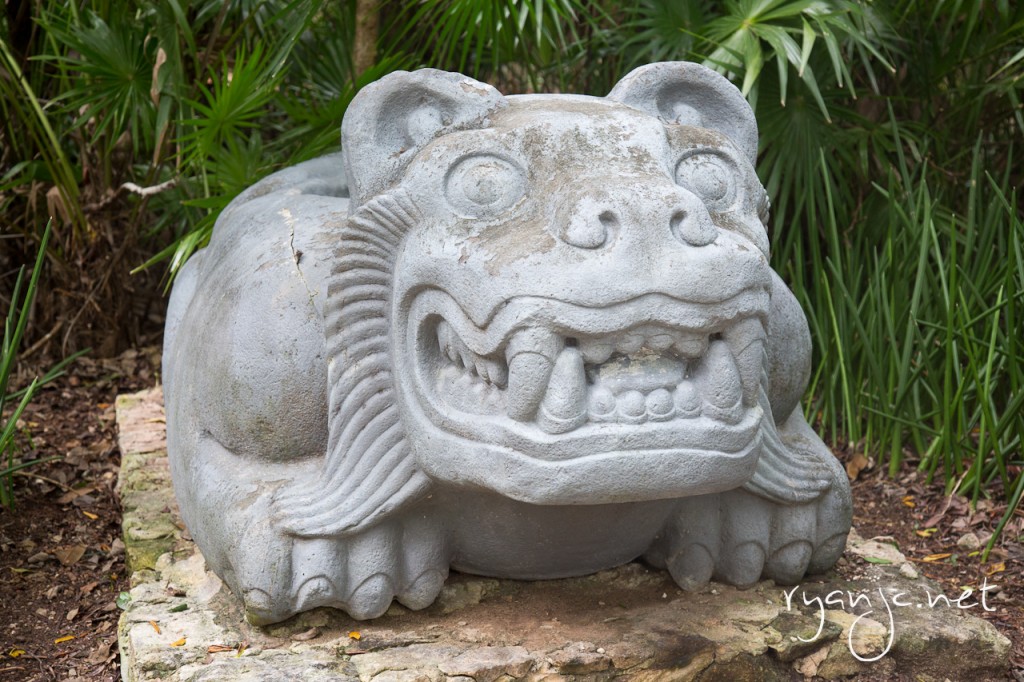 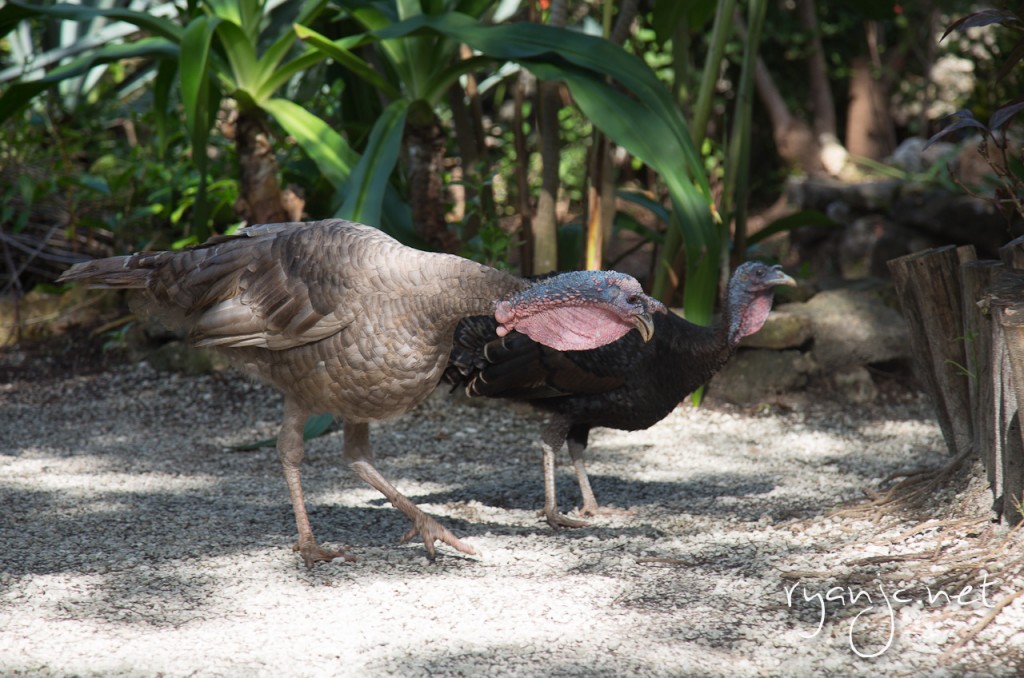 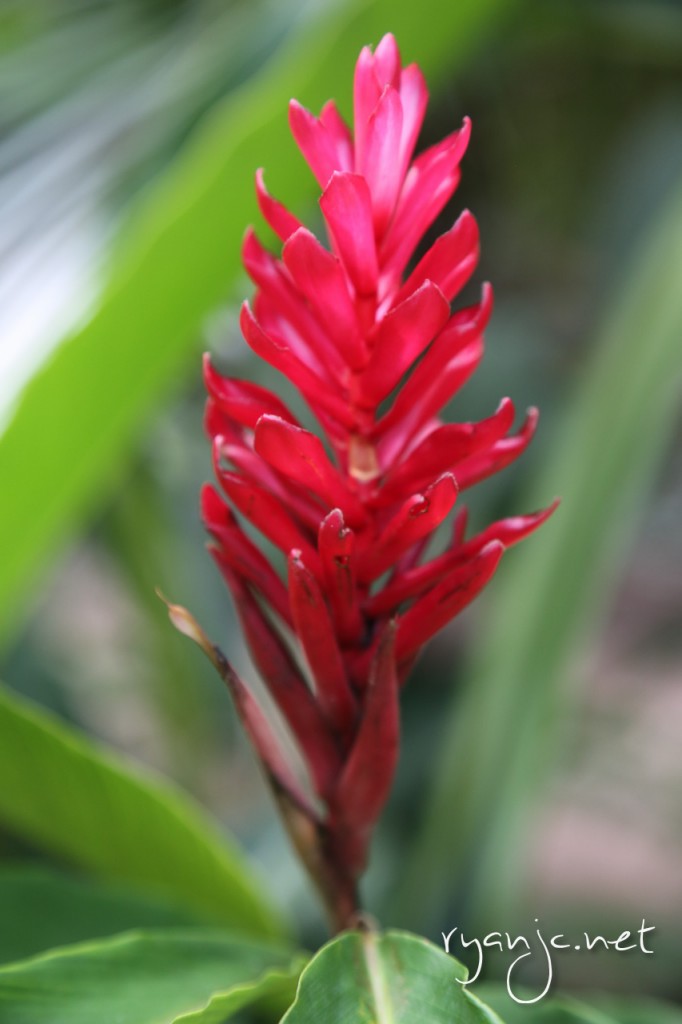 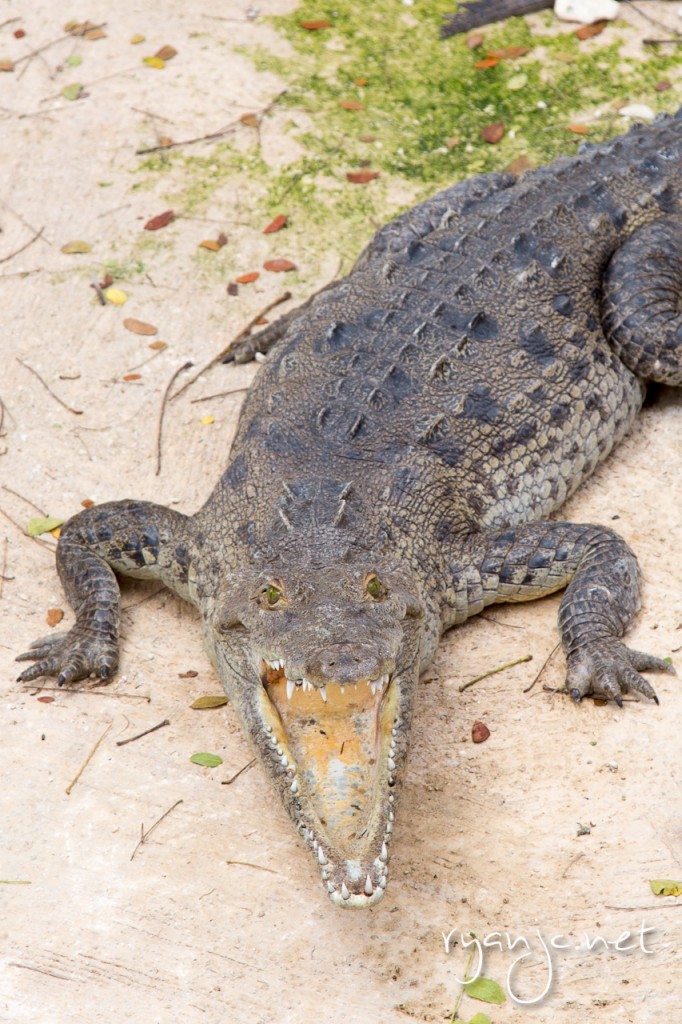 You won’t find Shamu here but the bilingual English/Spanish sea lion show was pretty entertaining. There were handful of lions dancing, playing with beach balls, balancing objects, and interacting with the trainers and audience. You can swim with the dolphins though! 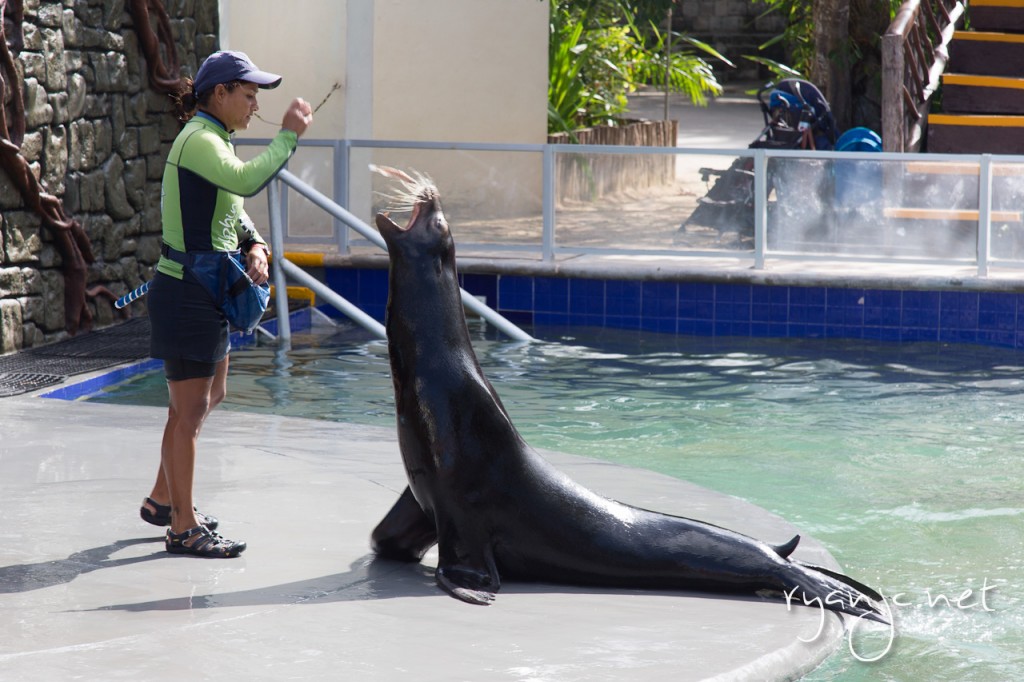 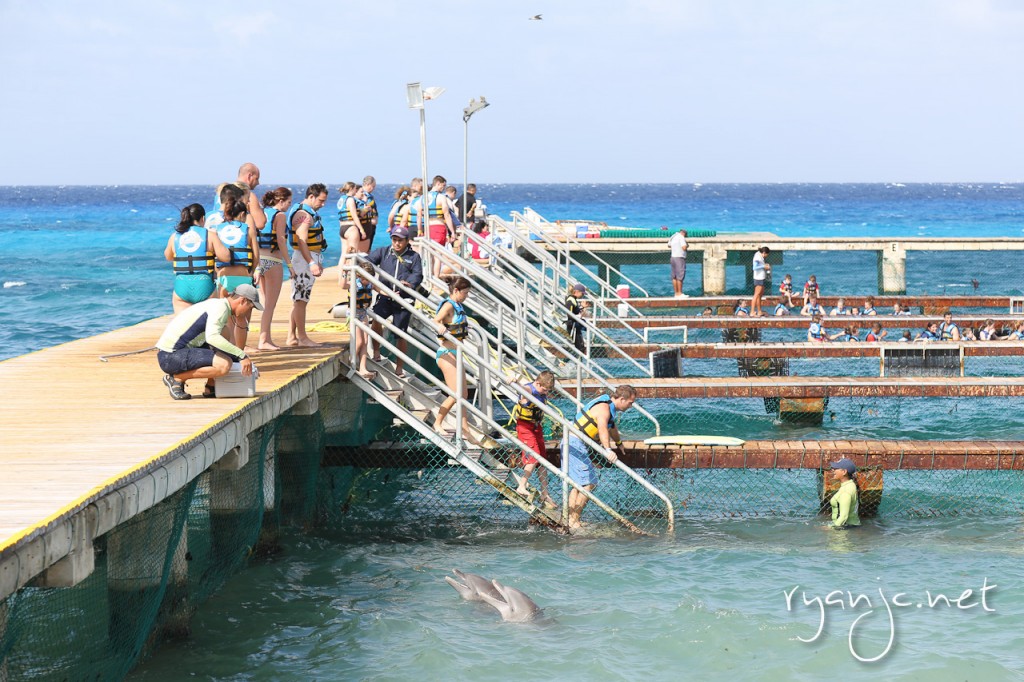 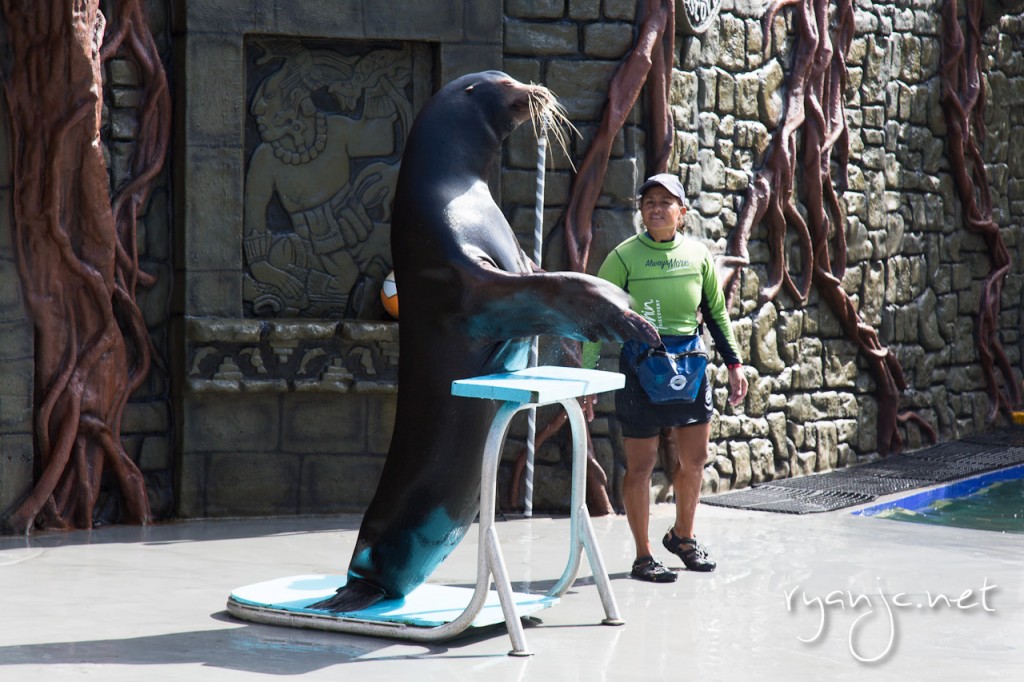 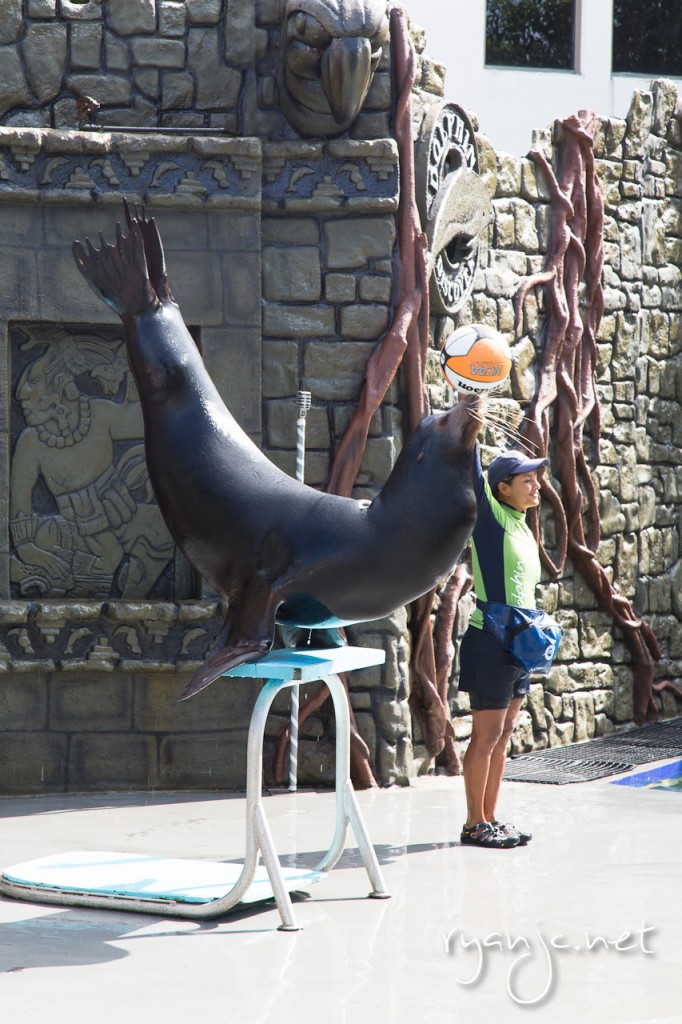 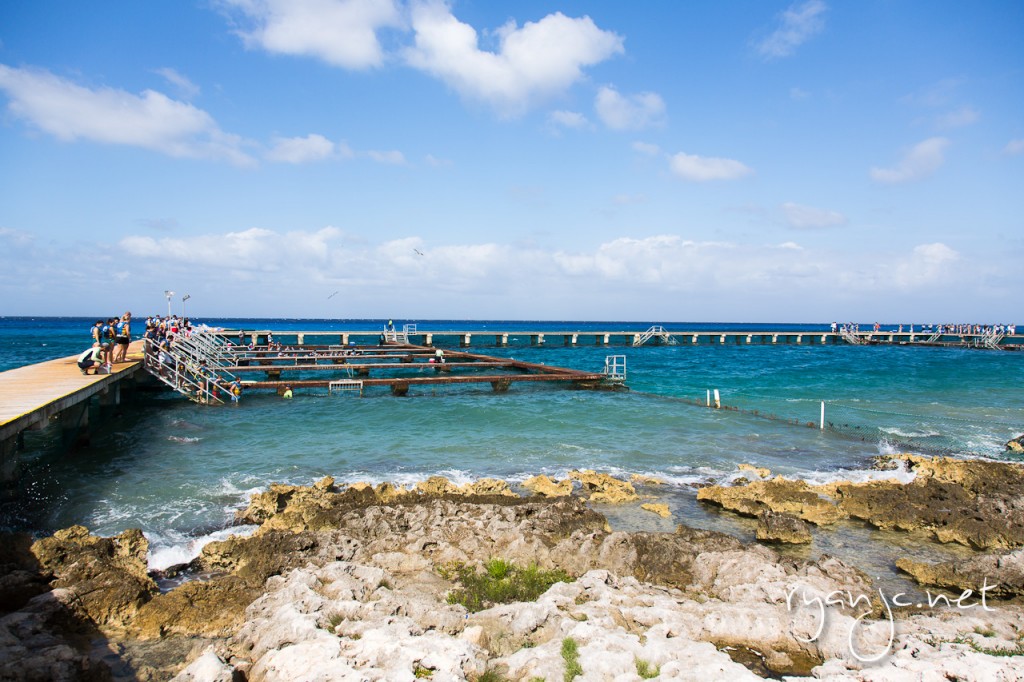 One other must-see of the park is the natural lagoon just behind the beach. It’s water is crystal clear turquoise and there’s plenty of fish swimming about. 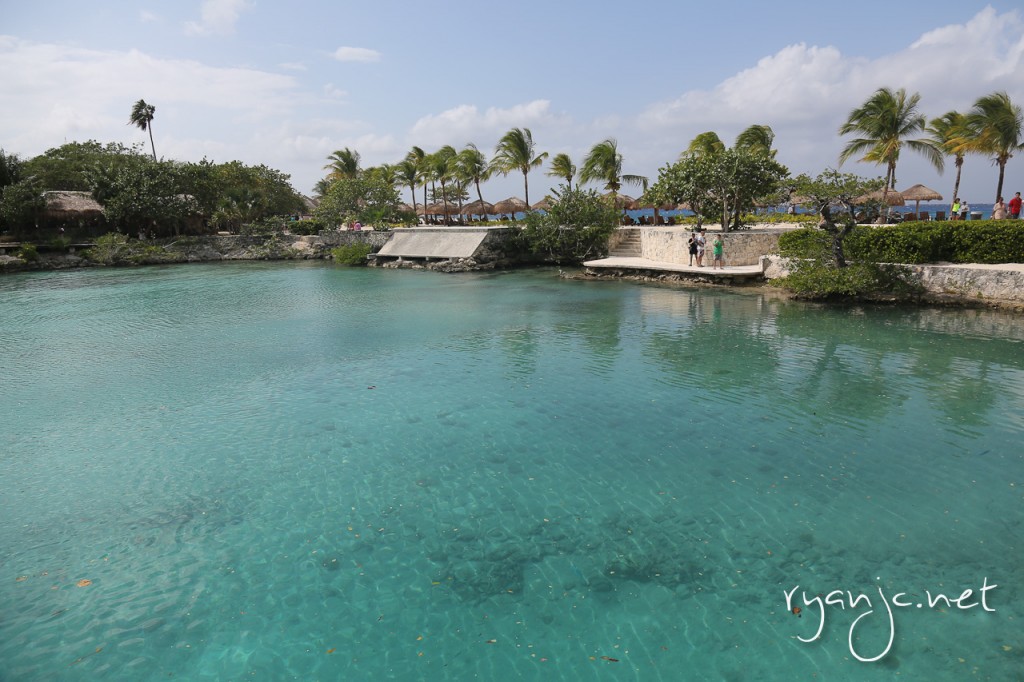 Heading back to the port, Puerta Maya, you’ll find a lot of various souvenir shops and some restaurants (more just outside the port on the other side of the street). One interesting find is a mini Chinatown complete with a wifi cafe, grocery store, and restaurant all in one. I didn’t manage to find any free wifi, but a cafe seemed to have access for customers. I must say, it is nice to get away from the ethereal chains of the internet while on vacation that tether most of us cling to (me probably more than others). 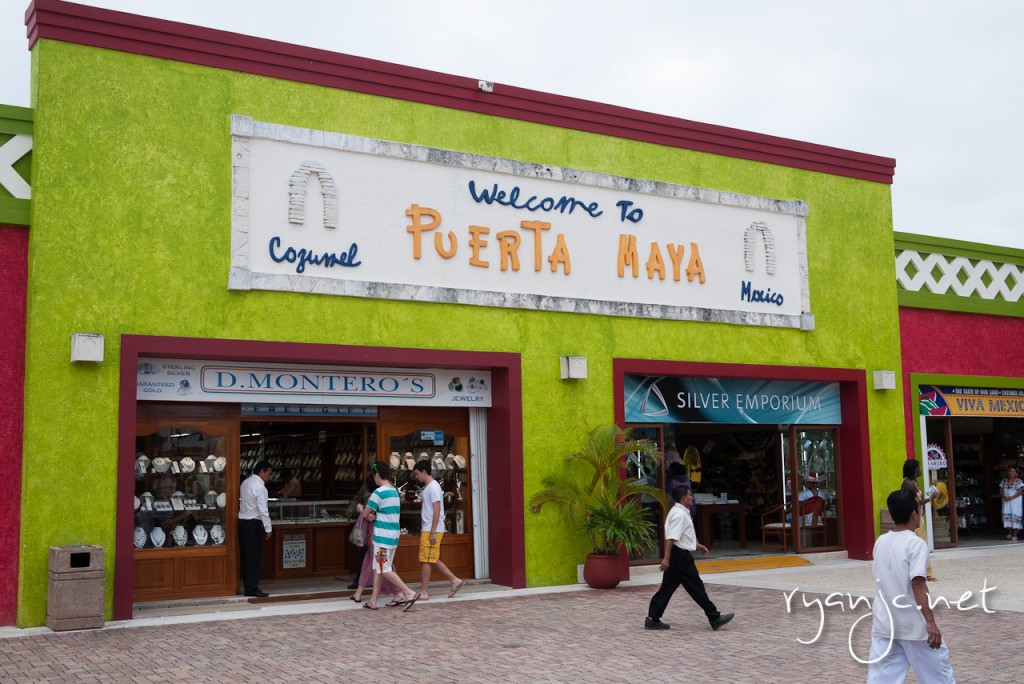 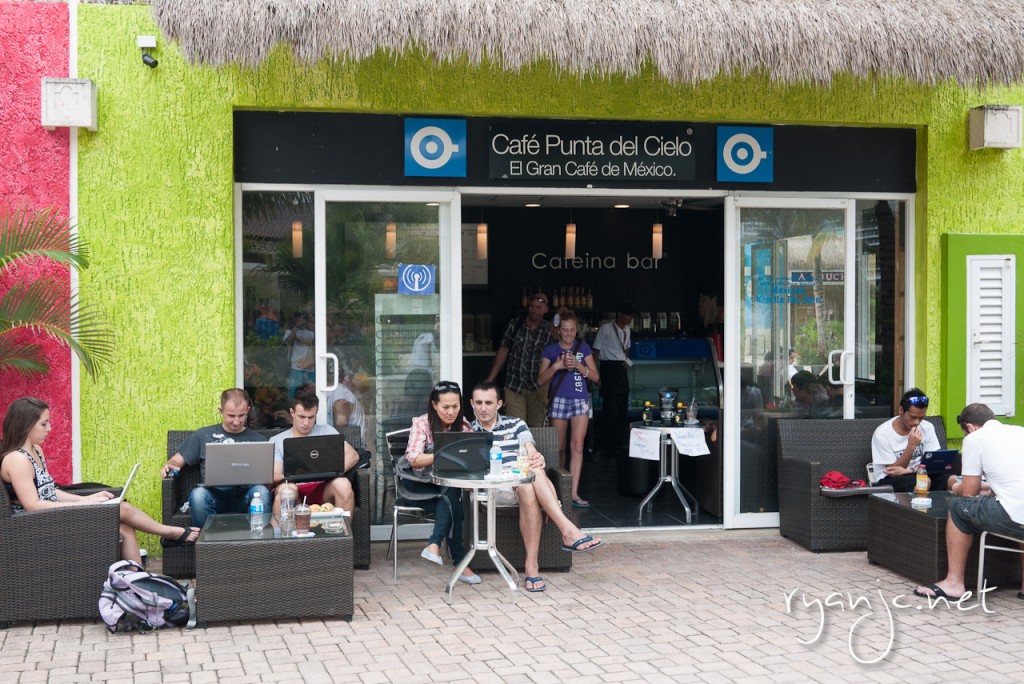 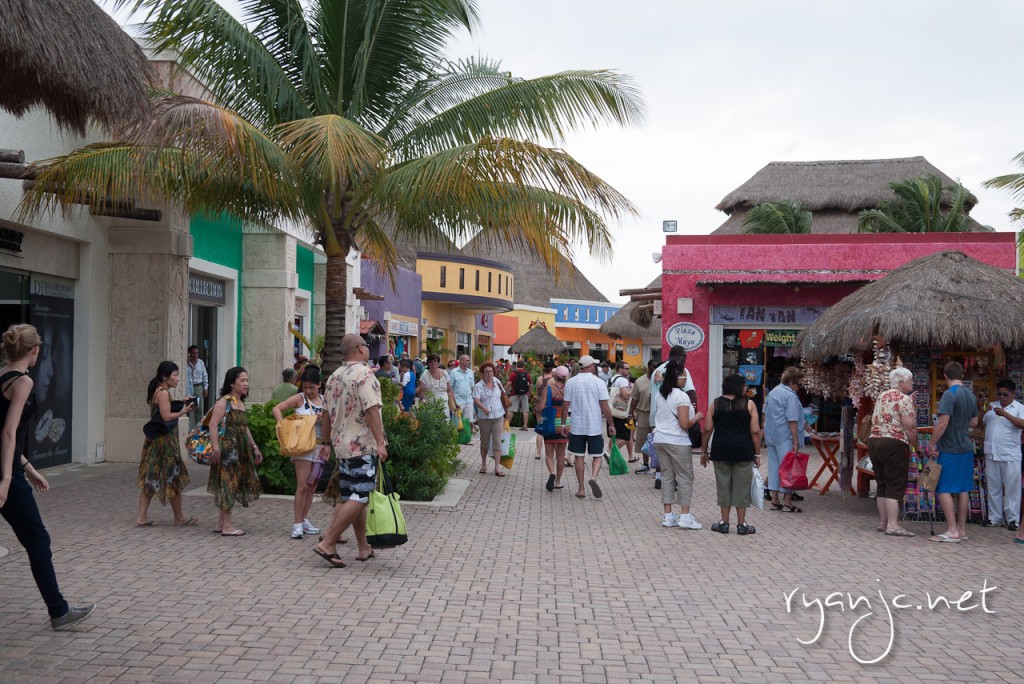 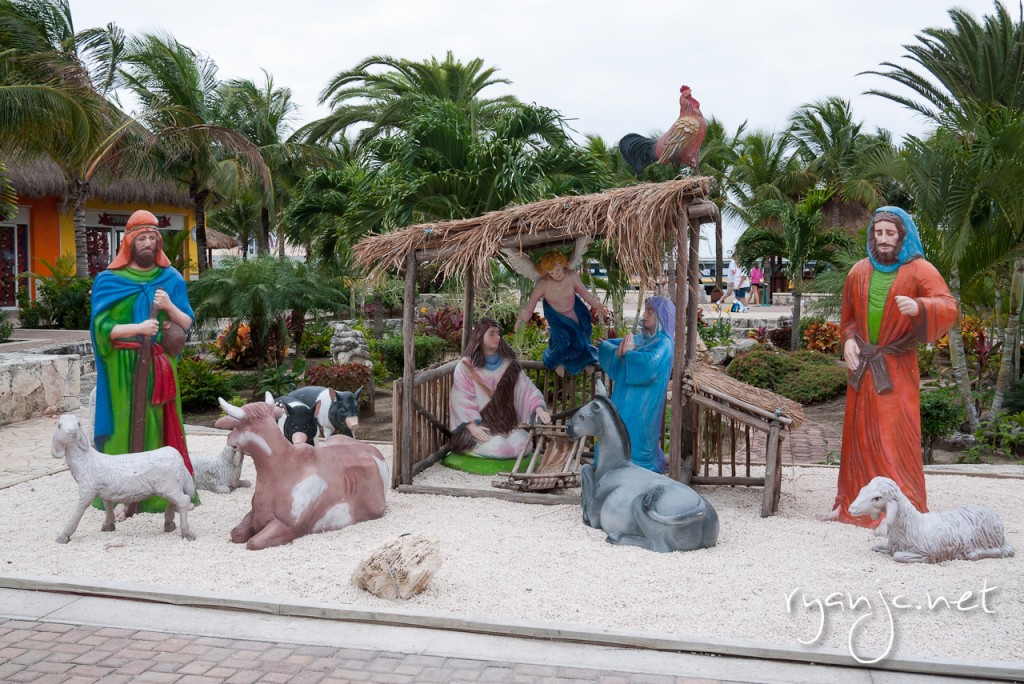 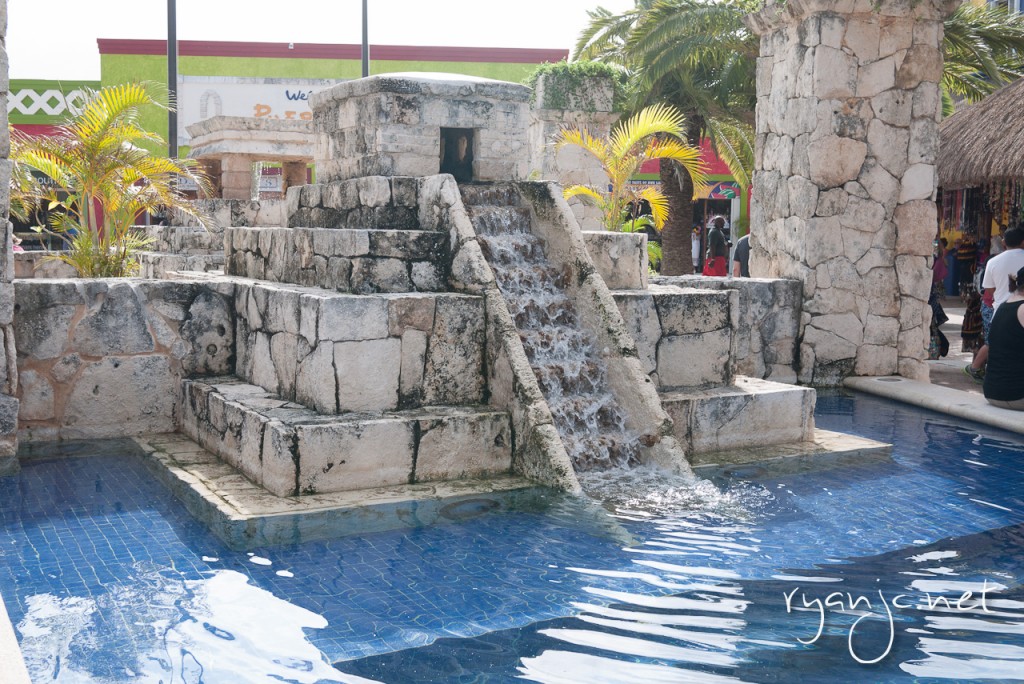 As previously mentioned, a storm was coming in. And by the time we left Puerta Maya, it had grown very dark and extremely windy. That night, we faced 70+ mph winds as we sailed back north for Galveston. Thus, no sunset could be seen :(. That night and the following morning, the boat rocked and swayed side to side the entire time. I found it soothing to be rocked to sleep, but others didn’t take it as well.

Dinner that night was one of the specialty nights complete with my favorite cut, filet mignon with entertainment provided by the wait staff, Gangnam Style! The entire crew goes out of their way to make sure you are having fun! 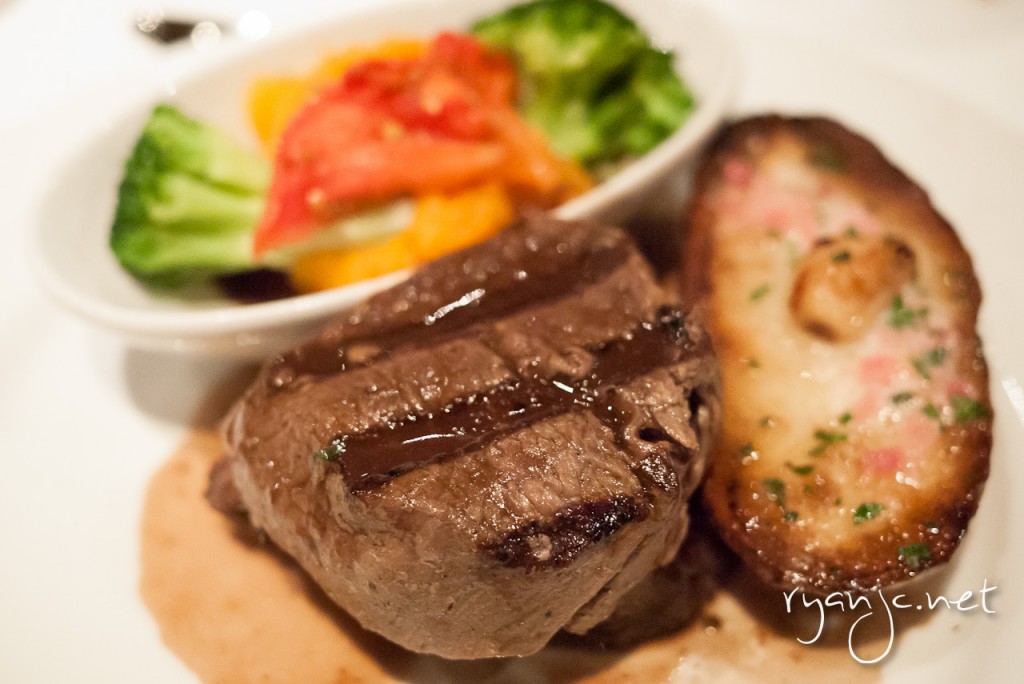 After dinner, we hit the Punchliner Comedy Club for a comedy show. It was OK. A bit too vulgar for my taste and more slapstick lame humor that was mildly funny at best. I’ve seen better on Comedy Central. 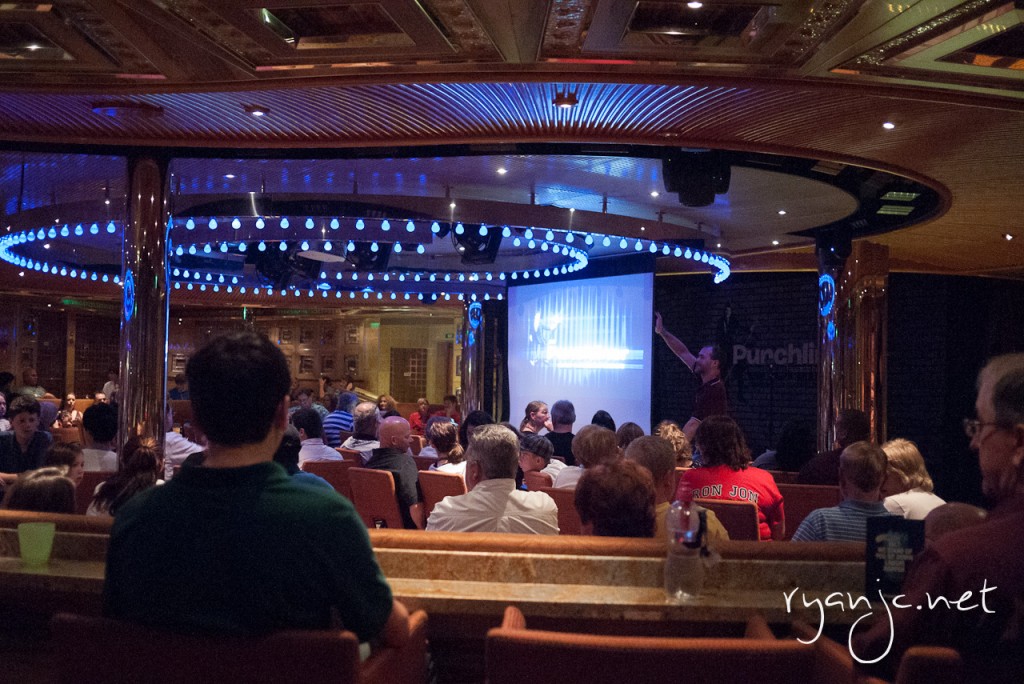 Not to be deterred by the windy weather, the midnight Mexican-themed fiesta was still on as scheduled. That’s all for the last port, Cozumel, day 6! 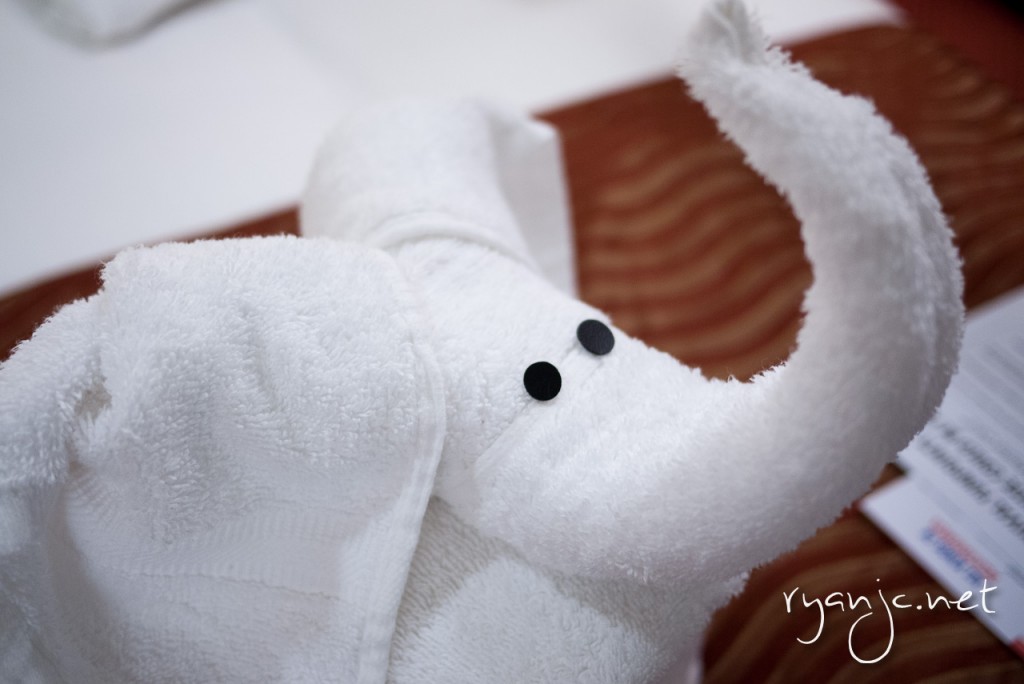