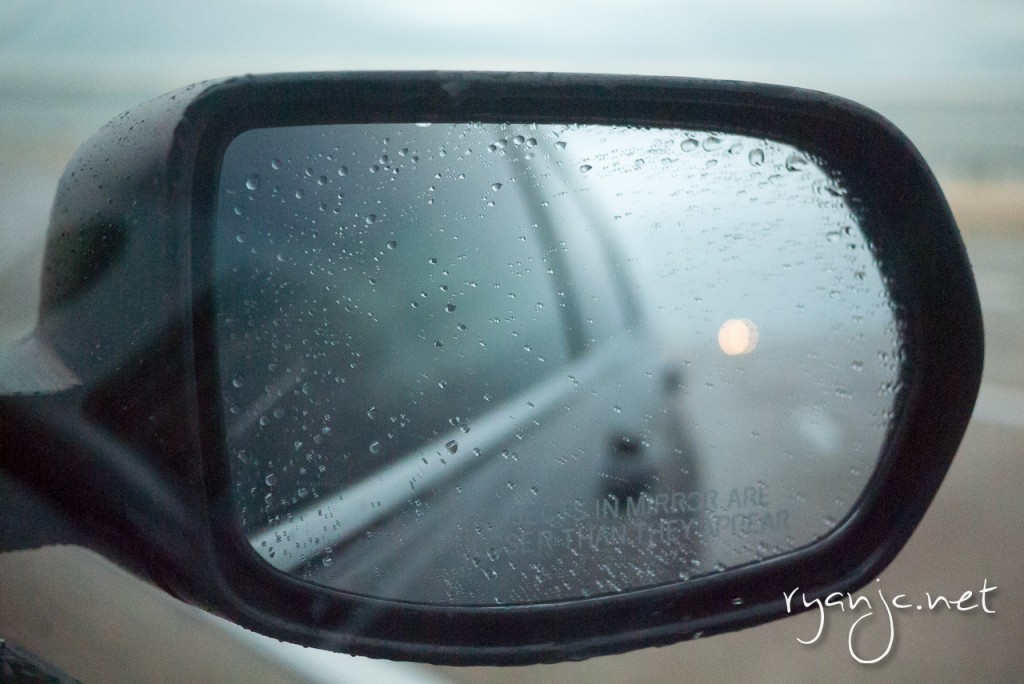 Finally school was out and my vacation could begin! The ideal vacation that I had in mind for this past Christmas was somewhere warm, relaxing, and beautiful. Over the next few posts on our voyage, you’ll see that all three goals were accomplished. The reason this was the cruise to the “end of the world” was that we’d be in Cozumel on Friday, December 21, the last day the Mayan calendar cycle ended.

Our 7-day (Sunday to Sunday) cruise on the Carnival Magic left from Galveston at 4PM, so our first day started off with a bright and early drive from Dallas to the port. We had left a little before 7 AM and hoped to arrive at around noon, in-time to park, get on the ship, and have a little (late) lunch. We hit a nasty storm on the way down and it got really rainy around the Houston area all the way to Galveston and continued non-stop pouring as we sat on the boat waiting for its embarkation.

It took us a little longer than anticipated because of the rain, but once we got checked in, and hopped aboard at about 3:30, we went to find something to eat.The beauty about being on a cruise though is, any time is mealtime! 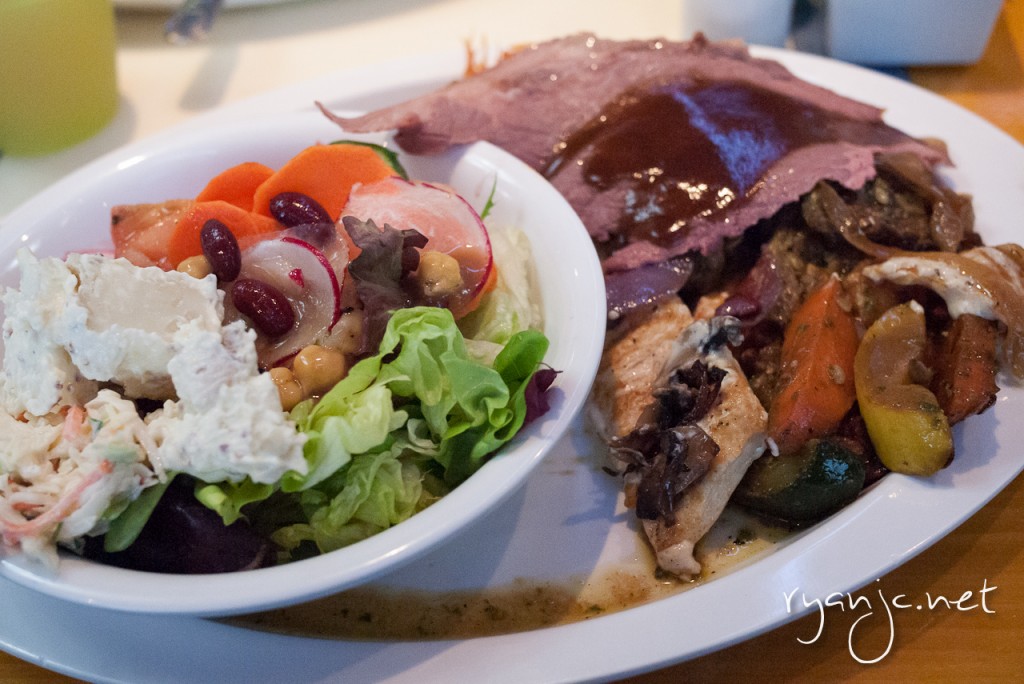 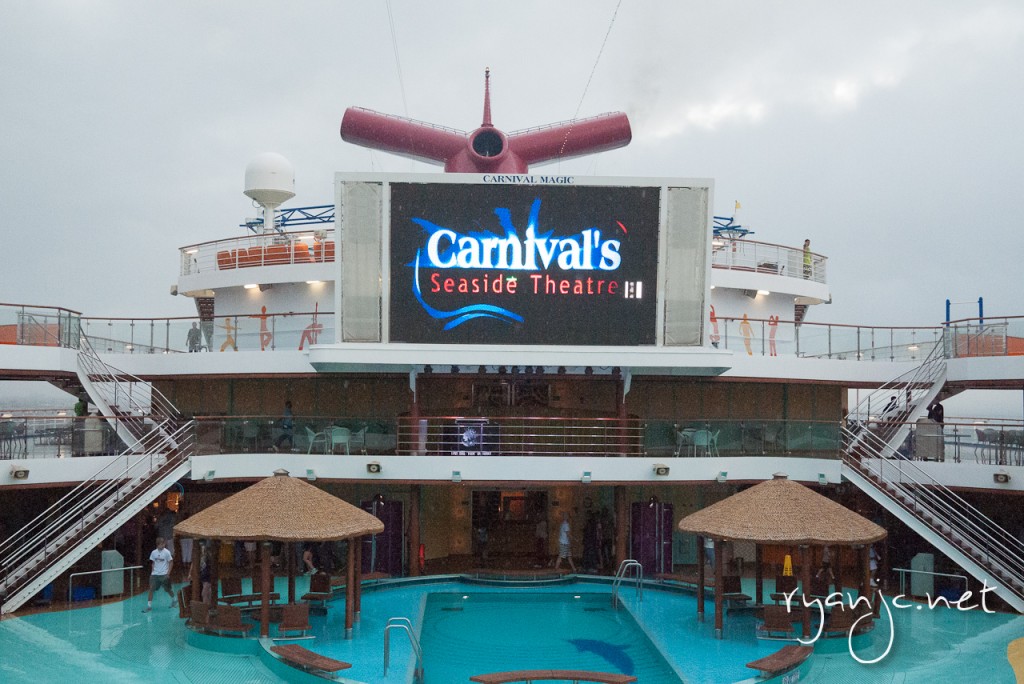 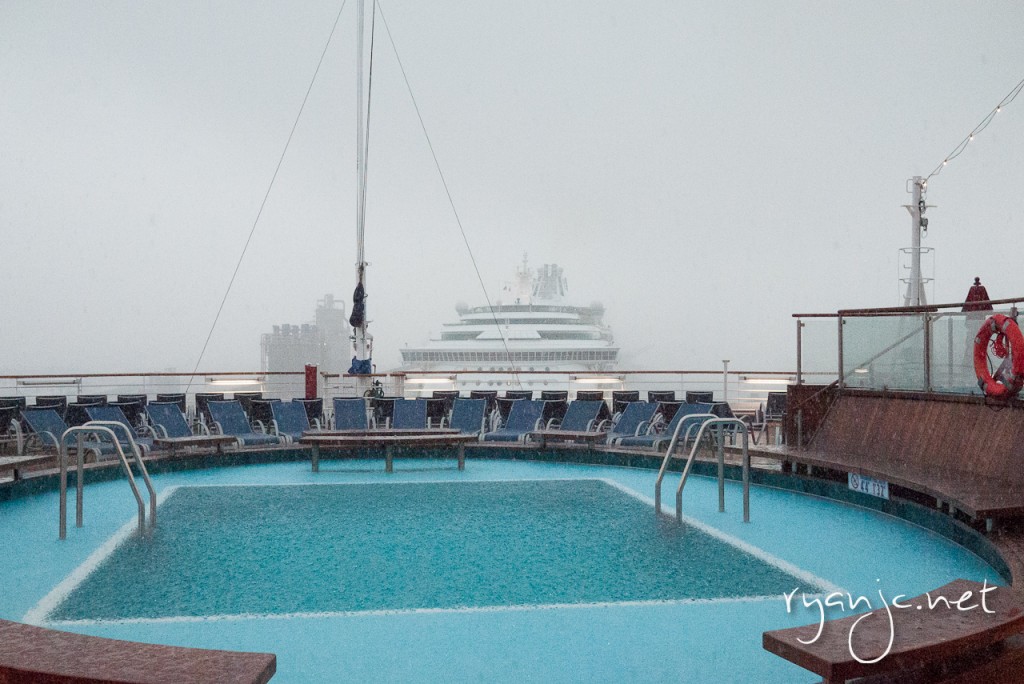 Luckily, by about 4:30PM when we were slowly pulling out of the port, it slowed to a drizzle and we were able to get up on the top deck and watch the city drift off before us. 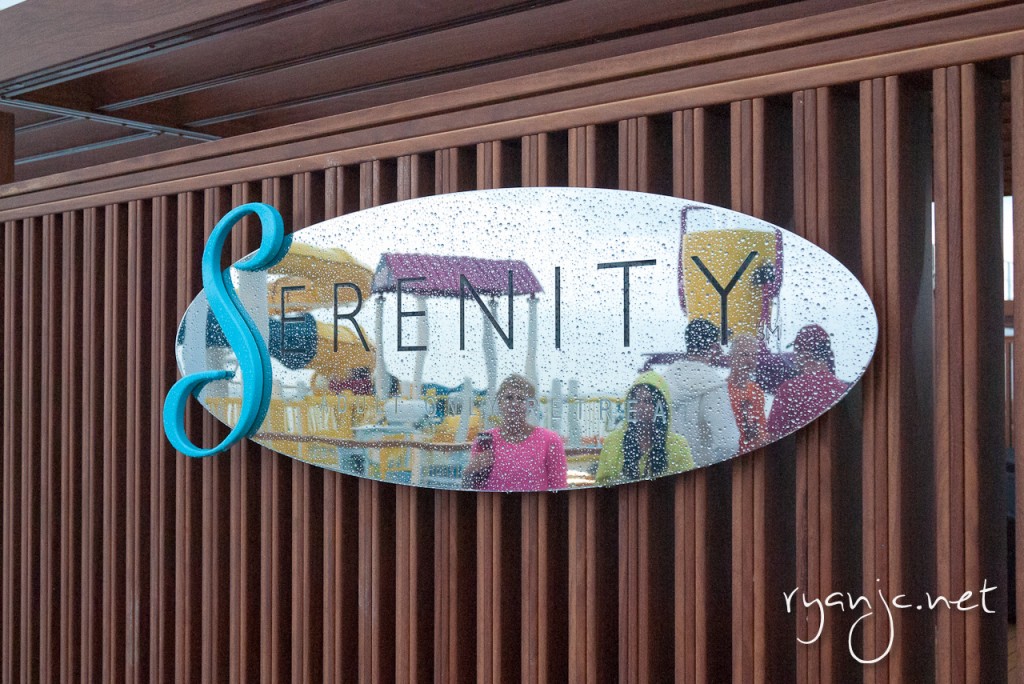 The rest of the evening and night remained cloudy, breezy, and cool as we sailed into the darkness. Festivities were just beginning to start as everyone became accustomed to the ship. Over the course of the next week, we would get lost several times, taking wrong-turns and wrong stairwells to get to dinner or various other places. But before long, we and everyone else, had figured out the best way to get where they were going and people seemed to just slowly disappear as the ship got seemingly less crowded. 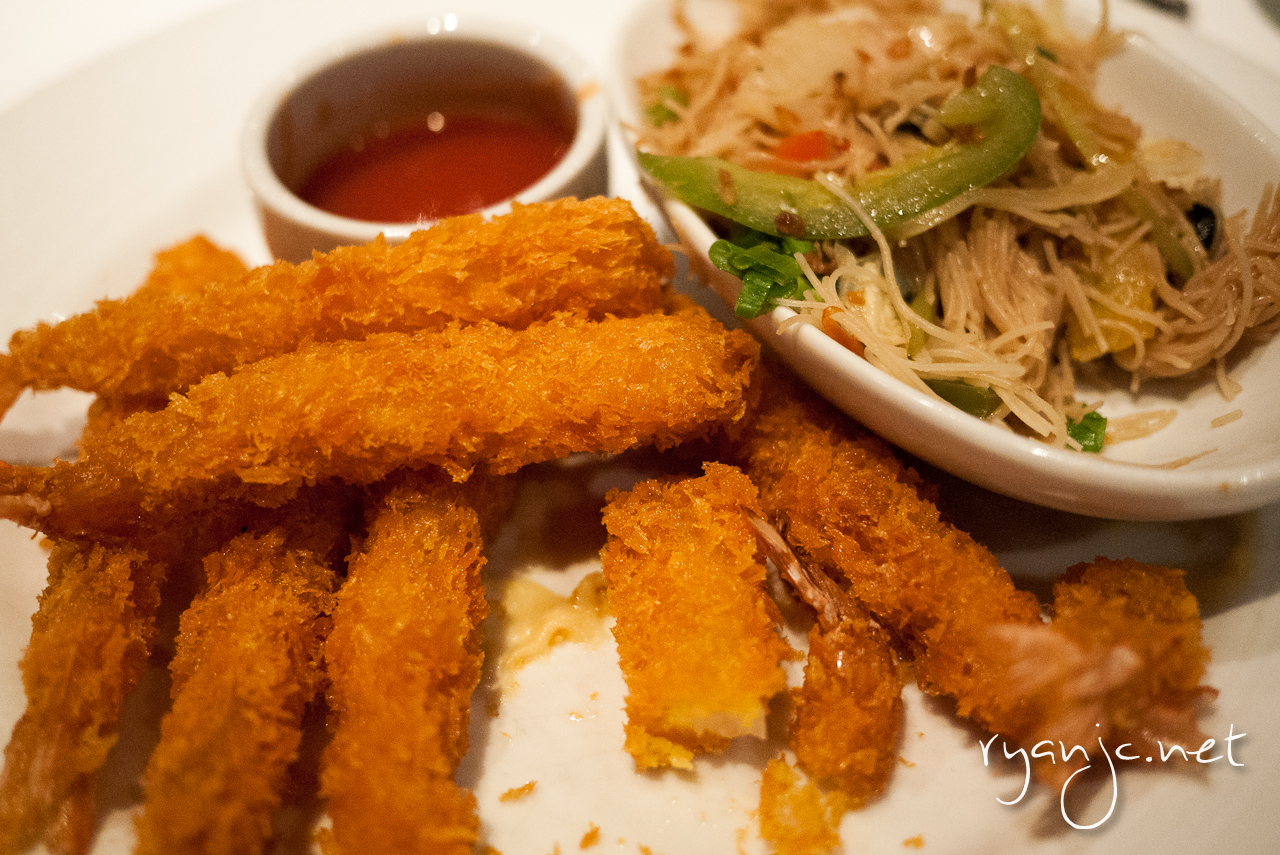 At dinner the first night, we found our table in one of the two main dining rooms, the “Southern Lights Dining Room” which is in the back of the ship. That night we got to meet the eight other guests that would be sharing dinner with us for the week. After dinner, we checked out the welcome aboard show in the main theater. The entertainment was hosted by the Cruise Director Jacques and featured the “Magic Dancers” and the house band. Over the week it would be the same artists in a variety of different musical styles and dance themes. While it wasn’t always Broadway Entertainment, it was decent some nights.

More to come on the Magic! 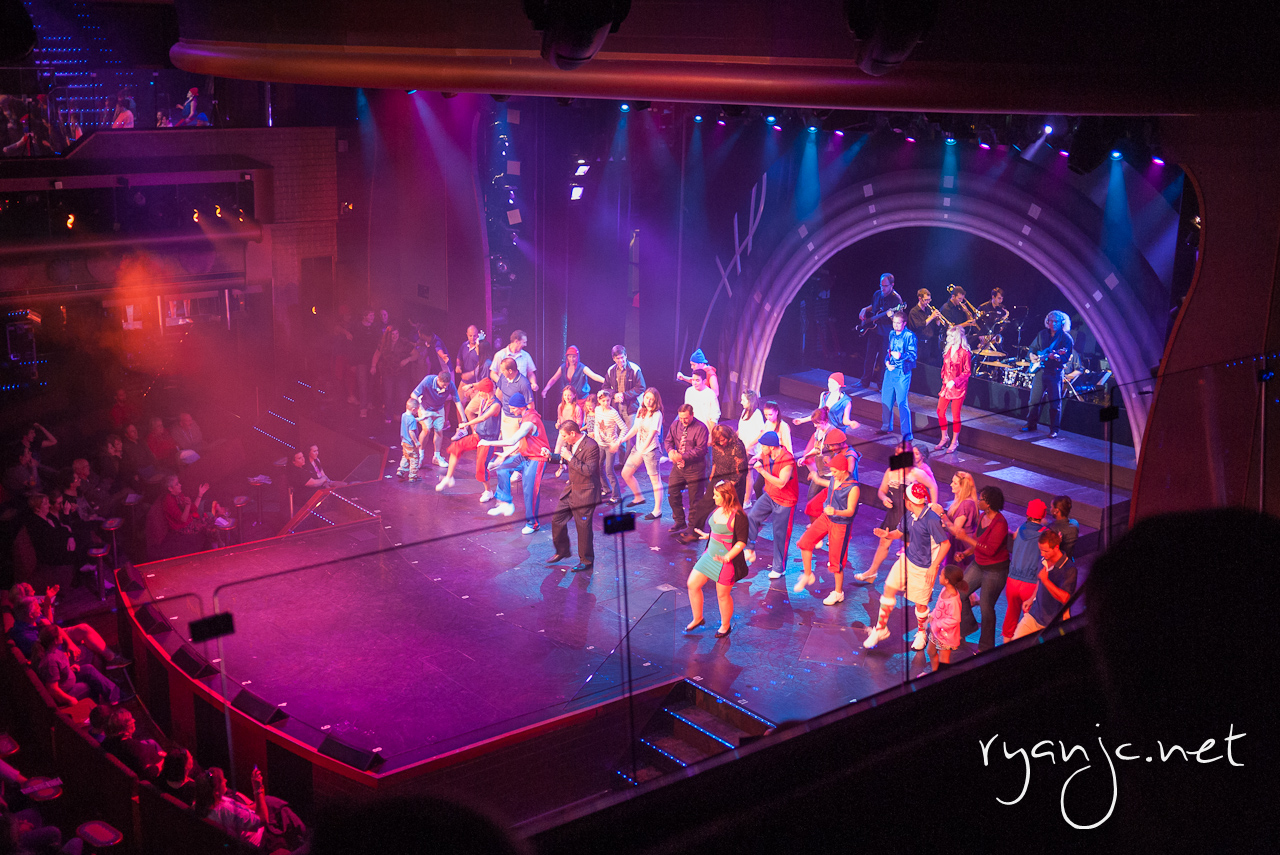 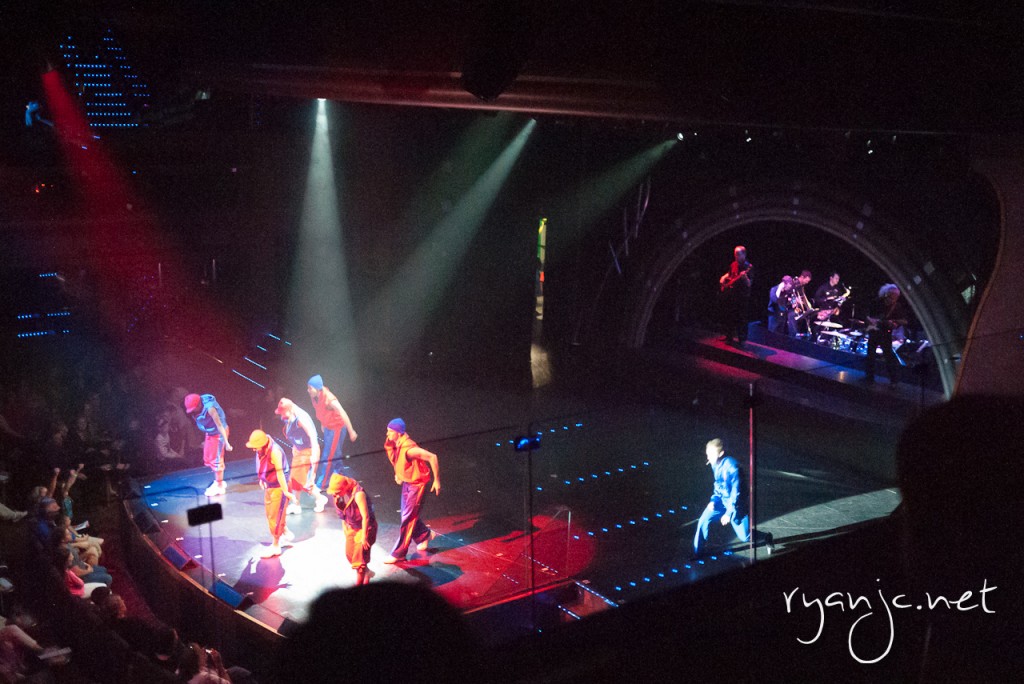