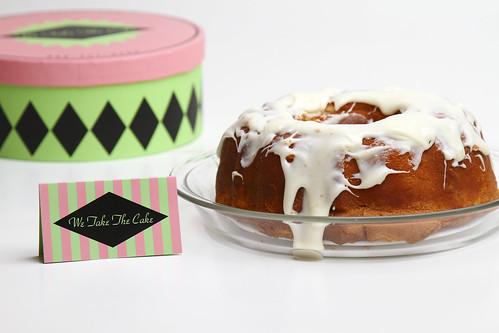 “We Take the Cake’s” key lime bundt cake was made famous by Oprah when it was featured on “Her favorite things.” I must say, the expectations were high when the cake showed up at my front door. My mom had ordered it for Valentine’s day knowing how much I love cake (Thanks mom!). The box is pretty cute and when I was taking these pictures, I almost felt like I was doing a commercial shoot for them. 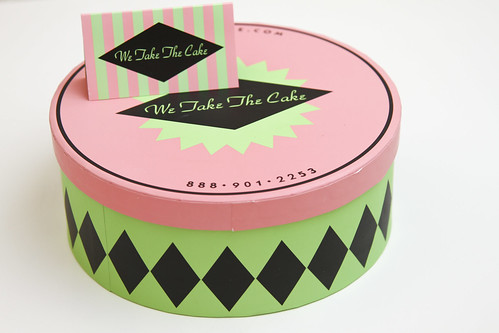 The cake comes vacuum sealed in this box with a tub of cream-cheese flavored icing in the middle of the bundt. I tried my best to pour it on like they did, but as you can see, not as neat!

Inside the cake does not have consistent texture. The darker portion is mushy (too moist) and the outer portion is powdery in a dry sot of way. It’s like it wasn’t cooked through. After a day, the cake’s texture and flavor began tasting a lot like a lemon-square. I could not taste any key-lime flavor. It was all lemon. The cake and icing were way too sweet. One review I read said it tasted like “lemon pine-sol” because of the strong chemical flavor. Another also described the cake as being “emulsified” from all the chemicals which according to that reviewer are supposed to be used in cleaning products. Whether that’s true or not, I don’t know. The cake’s taste is pretty artificial, certainly not something you would expect from a homestyle bakery. 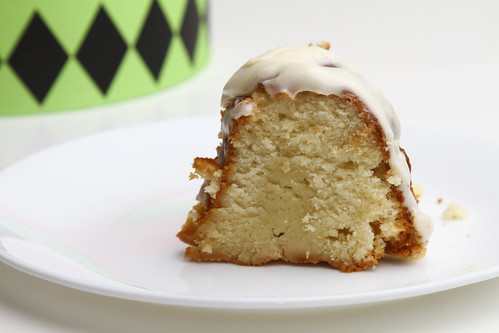 Looking at the 53 reviews on their website, you’d think the cake was amazing. It’s pretty clear though that they edit their reviews and perhaps even write their own. Google’s business profile, however, tells a different story. Guess I’m not the only one who came to the conclusions that they were overrated, average, and artificial tasting.

So bottom line, stay away from We Take the Cake and think twice about anything Oprah would recommend.