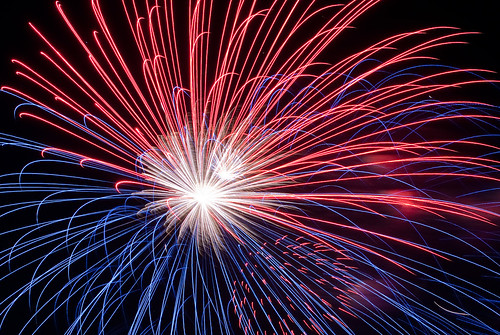 Watched Addison’s Kaboom Town 2009 Fireworks show this evening. I must say, the fireworks were quite lame and slow, to put it lightly. A couple pauses where not much was happening or the fireworks were tiny and very sparse. I have no idea how they made the nation’s Top 10. Looking forward to a better show tomorrow, hopefully it will be like last year’s balloon festival of all places. There were tons of people there though and I had a good time at the WW2 plane flyovers and concert performances.

More pictures to come over the next week.