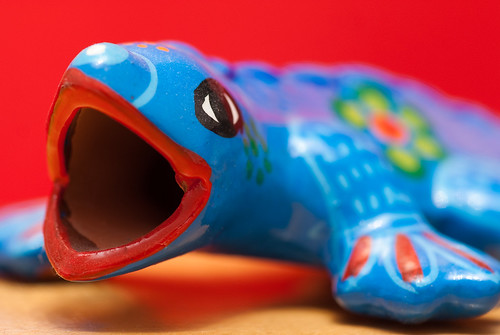 On to a happier subject, it’s the fifth of May, Cinco de Mayo. I really have no idea what it is , but I do know it’s not the independence day for Mexico. Apparently it’s a day where 4,000 French were defeated with the help of the US, so now we’re buddy buddies which is all good because the more celebrations the better.

Regarding the shot, this is another hand-painted clay figure I got from Cabo San Lucas, Mexico. I threw in a red book as a backdrop which resulted in some pretty nice contrast with the blue and other colors.